With the help of grants and donors, new residents of HOME get a new home 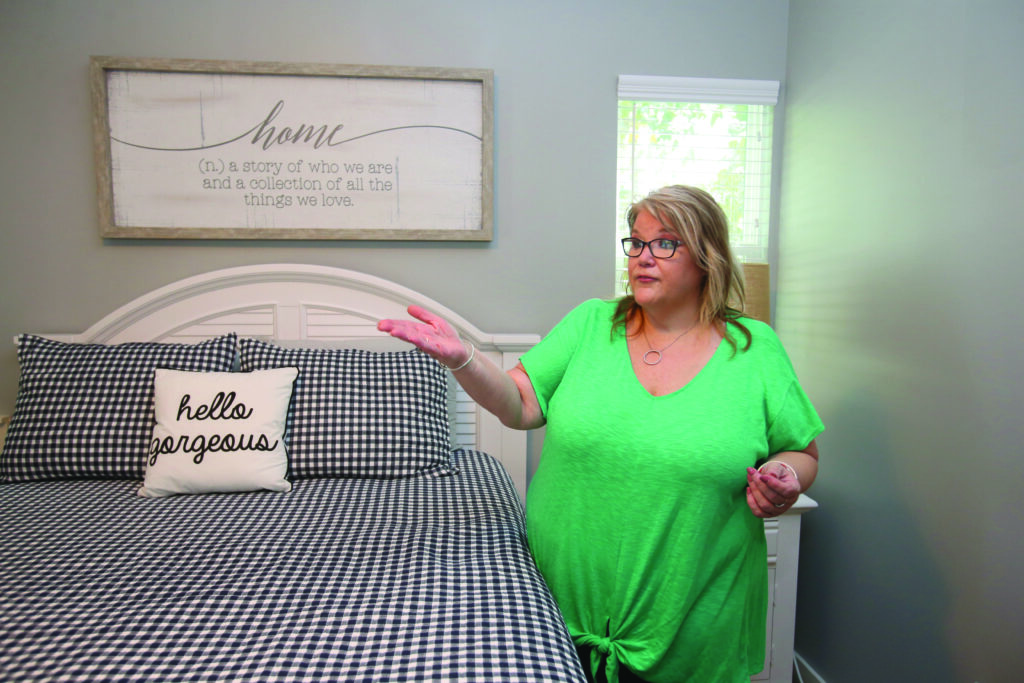 Marge Felix of Hands of Mercy Everywhere, Inc. stands in the house mother’s bedroom as she talks about the new Grace House. 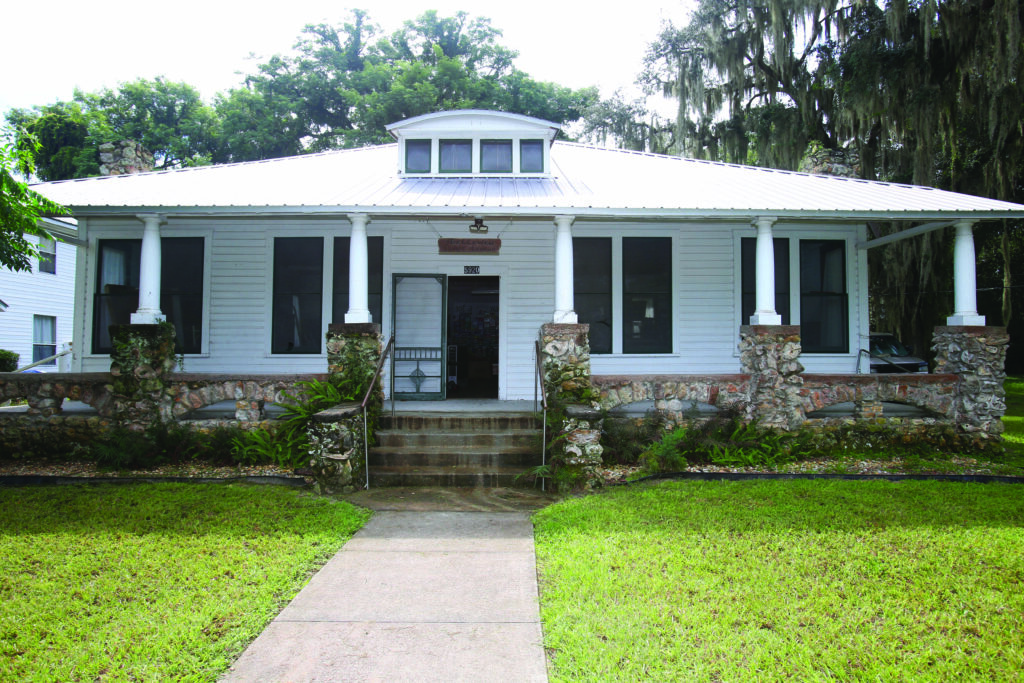 On Wednesday morning a 17-year-old from Belleview was rushed to the hospital to give birth.

Normally, the arrival of new life in the world is a happy event. This instance likely was, too, despite these times being fraught with uncertainty.

But this baby also was a reminder for Diane Schofield and her team at Hands of Mercy Everywhere, or HOME, of their mission.

For 17 years Schofield, the founder of HOME, has sheltered troubled girls, and girls in trouble — many of them, just like this young woman on Wednesday, who were pregnant and became mothers barely after leaving childhood themselves.

Today, HOME, a Christian nonprofit serving young girls in foster care, will celebrate an expansion of its project.

Schofield will cut the ribbon on Grace House, HOME’s new group home and the third of its campuses tucked into a modest residential neighborhood on the east side of Belleview.

Grace House will be a residential sanctuary for up to six girls, ages 12 to 17, who may have emotional or behavioral issues.

The house itself – a two-story, five-bedroom unit built in 1923 – was a gift from an aged spinster, Emma Jeannette Smith. The retired teacher, who spent 43 years at Ocala and later Forest High School, passed away in February 2017 at age 89. Smith left no heirs and bequeathed her house to the agency, according to Marge Felix, HOME’s office manager.

Marge Felix of Hands of Mercy Everywhere, Inc. stands in the house mother’s bedroom as she talks about the new Grace House.

Felix recalled that Smith struggled to get around later in life, and so welcomed visits and assistance from the HOME girls who regularly came to see her and bring her baked goodies.

Smith’s former abode is now warmly decorated and immaculate in preparation for today’s ribbon-cutting, and receiving its new residents.

The wood flooring, original to the home, is freshly treated. The furniture, though donated, looks like it just left a showroom. The kitchen and restrooms are outfitted with new granite countertops. Signs with motivational maxims and Bible verses adorn newly painted walls. On each bed sits a basket full of toiletries. A large, new wooden deck off the west side promises to be the destination for many cookouts.

Grace House, like HOME’s other locations in the neighborhood, will have a full-time house mother to oversee the clients, who are referred to HOME by the Florida Department of Children and Families. Many of them have also been guests of the Department of Juvenile Justice.

“This isn’t Betsy who got an argument with her mother,” Felix noted. This is hardcore.” 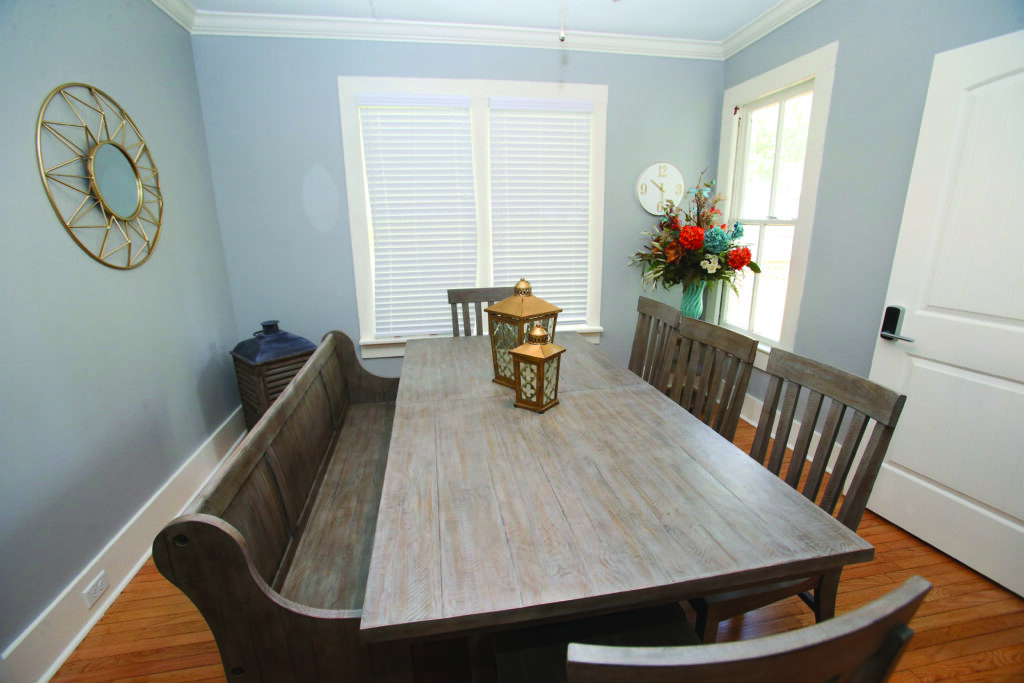 Some HOME clients have been involved in sex trafficking or been sexually abused. Others have been mistreated or abandoned by family.

“We take them all,” Schofield said. “That’s God’s house, and when those girls walk through the gate, I want to give them a chance.”

Since Grace House will specialize in helping young women with emotional problems, psychiatric services will be available, either on-site, in a room dedicated for counseling, or through Zoom. Psychotropic medications will be available to those who require them.

HOME’s other sites in that Belleview neighborhood just off Lake Lillian include Faith House, which is the oldest of the programs and focuses on girls involved in sex or human trafficking, and Hope House, established in 2015 as a “maternity home” to care for pregnant teens.

HOME also operates Promise House in Ocala, an independent transitional home for four women between 18 and 21. 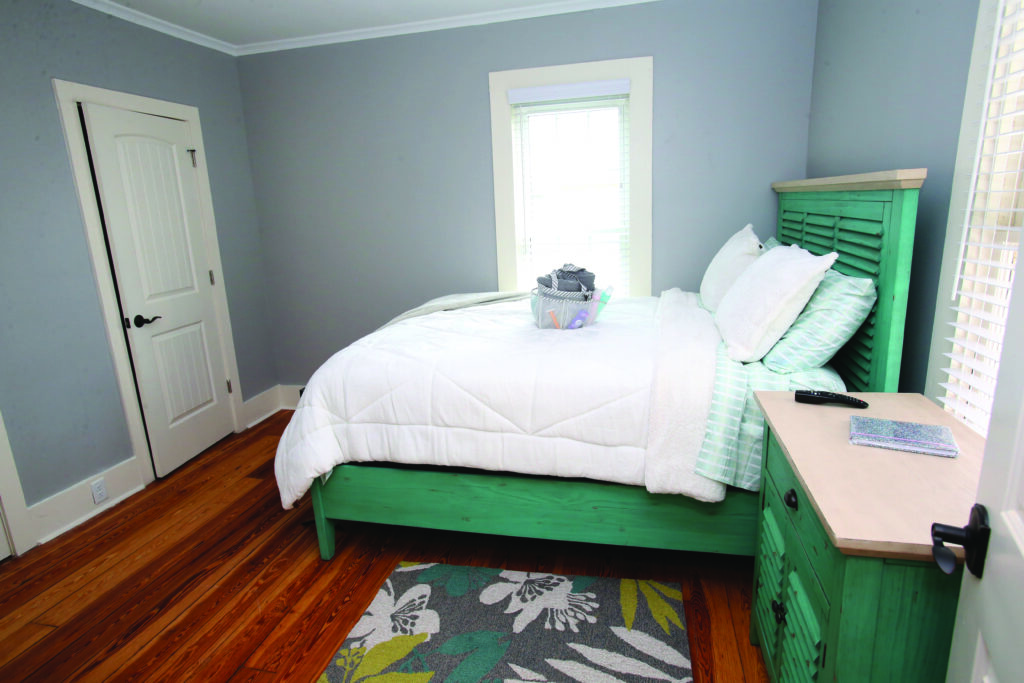 The formula is the same for each.

While in HOME’s care, the girls learn to act as part of a team, sharing in everyday chores that maintain the house.

They also are taught how to dress appropriately, sent back to school to finish their education and taken to church. Felix said that applies to any denomination. And while they don’t have to participate in services, no one is excused from going. Eventually, training in everyday life skills becomes part of the program,

“That’s the whole point,” said Felix, who has worked for HOME for six years. “Build them up to get them back on their feet. Make them feel like ladies.”

Once Grace opens to its clients, HOME will serve 30 young women, with six there, four in Ocala, and 10 each at Faith and Hope houses.

Since HOME’s inception, Schofield said, 1,040 young women have passed through its portals. 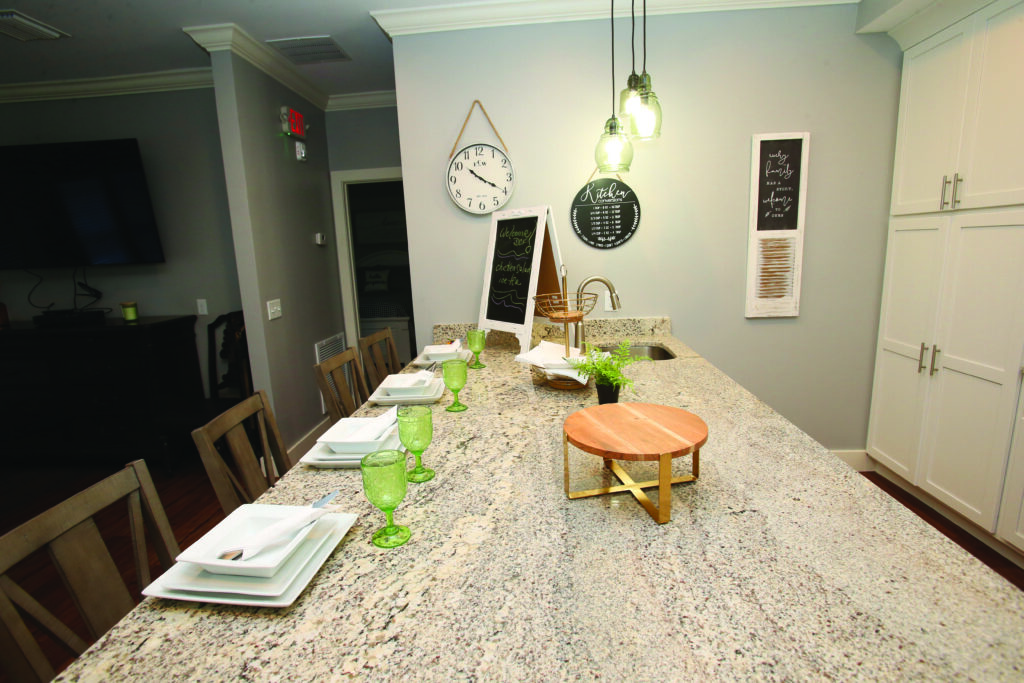 Restoring dignity, self-worth, hope and confidence to these young women is a major part of HOME’s mission.

But, Schofield said, so is preparing them to live and function in a society in a way that, while coming naturally to many of us, can be foreign to them.

“The most important thing about Grace House is that these are going to be kids going out into the world. That’s where the community can help me —  giving them jobs or donating cars so they can get their child to daycare or get to work,” Schofield said.

“I want to have them get a job, and be taxpaying citizens, not just milking the government for the rest of their lives,” Schofield said.