When moratoriums on mortgage foreclosures and evictions expire? 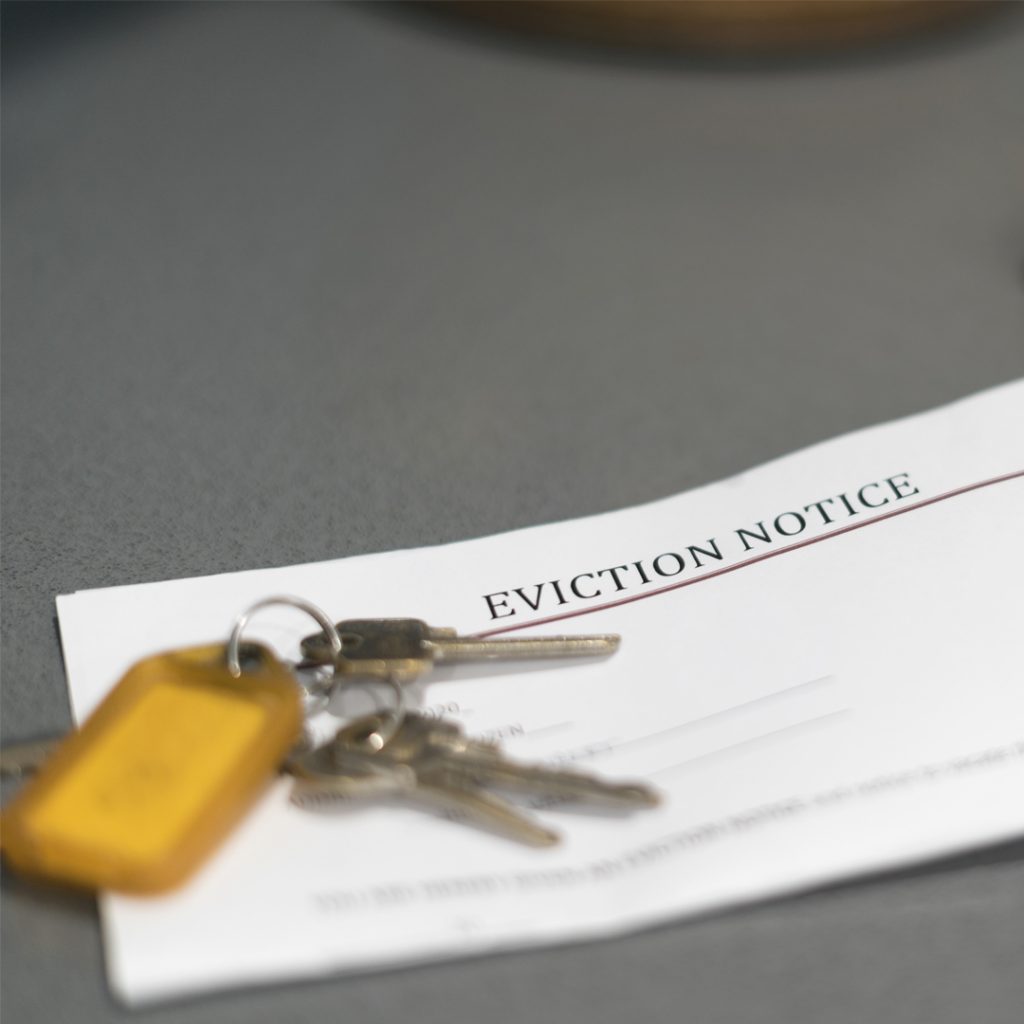 House keys sitting on an eviction notice received in the mail.

With advocates predicting a “tsunami” of homelessness — and landlords enduring months without access to courts — Florida lawyers are eyeing the September 1 expiration of a statewide moratorium on mortgage foreclosures and evictions.

“There’s a lot of uncertainty and people are feeling very stressed,” said Jeffrey Hussey, director of public interest and litigation for Community Legal Services of Mid-Florida. “I’m getting calls that should take 10 or 15 minutes, and they’re taking 30 minutes, because now, I’m also part therapist.”

Calls to a CLSMF hotline are averaging 1,300 a week from low and no-income residents who live in a 12-county service area, Hussey said.

While Gov. Ron DeSantis extended the moratorium in Florida to September 1 with Executive Order 20-180, public interest and business litigators alike say it is only delaying the inevitable fallout from a COVID-19 pandemic.

Hussey would welcome an extension of the moratorium, but he’s not sure how much good it would do. Landlords are people, Hussey said, and they have bills to pay, too.

“My biggest concern is tenants are incurring large amounts of back rent owed, and right now, have no prospect of being able to pay those off and/or pay rent going forward,” he said. “There is no real solution to those types of cases.”

Mandatory mediation might be an option, Hussey said, but only if tenants have some prospect of regaining their jobs.

Business litigators say their landlord clients, many of whom have been waiving late fees and agreeing to set up payment plans, are hurting financially and need access to the courts.

“A significant number of the populous has this misconception that landlords are these, like, Monopoly guys, running around in tuxedoes with all the money in the world,” said Doral attorney Armando Alfonso, who represents about 80 South Florida landlords. “The truth of it is, they’re just normal people.”

U.S. Department of Housing and Urban Development figures show that 47 percent of landlords are sole proprietors, many of them small-time investors who depend on rental income to make ends meet.

“As a landlord, I don’t want to be in a place where, three or four months down the line, the moratorium is lifted, and I’ve got a foreclosure on my hands,” he said. “That just damages your credit and it doesn’t solve anything.”

Hussey says eviction will also mark tenants, making it harder for them to find a new place to live.

Alfonso said he has worked out payment arrangements with most non-paying tenants. But some tenants are taking advantage of the moratorium by illegally withholding rent.

Hussey advises his low-income clients to contact their landlords as soon as possible and try to work out payment plans.

“Hopefully the landlords will see the bigger picture,” Hussey said.

Renters in Florida aren’t permitted to challenge an eviction unless they are current on rent, or when the amount is disputed, deposit what they believe they owe in a court registry. Renters in Florida generally get a three-day notice to pay back rent before the landlord begins the eviction process.

“One problem is that they call us too late and by the time we are contacted, there is very little that we can do,” Hussey said.

Hussey says a growing number of landlords are taking matters into their own hands and illegally changing locks or shutting off utilities. Renters can fight that in court, but few tenants are aware of their rights, Hussey said.

Paige Greenlee, a Florida Bar board member who also serves on the Business Law Section’s Business Litigation Committee, predicts a “rush to the courthouse” when the moratorium expires.

“While this will be financially advantageous to lawyers who primarily, or exclusively, handle evictions and foreclosures, and who have not been able to prosecute these cases for months now, it is obviously going to place a large number of Florida’s citizens in the undesirable position of being without a place to live,” Greenlee said.

The filings could create a backlog, Greenlee said, but the court system is now better at using remote technology.

“I also have to assume it will put an immediate tax on our court system, until the courts are able to catch up with the backlog created by the moratorium,” she said. “However, I think the fact that courts are operating virtually right now will actually be advantageous to allowing these types of cases to proceed expeditiously and efficiently, perhaps even more so than if the courts were open for in-person proceedings.”

The CARES Act moratorium, which expired July 25, will complicate matters, lawyers say. It only applied to tenants living in federally subsidized housing or to landlords with a federally backed mortgage loan. The act required landlords to provide a 30-day notice to pay outstanding rent, so its impact will begin to be felt later this month.

St. Petersburg attorney Matthew Weidner, a consumer advocate who represents renters, predicts that the expiration of the moratoria will bring a great deal of heartache and confusion.

“I see this massive, category 8 hurricane circling just off the coast,” he said.

Weidner contends that any eviction filed while the moratorium was in effect should be dismissed and the plaintiffs ordered to refile.

Alfonso advised his landlord clients not to file during the moratorium.

“There could be a plethora of issues,” he said. “I told my clients, look, you’ve got to be patient, I don’t agree with [the moratorium] but I think the prudent thing to do is not file anything … you’re just going to have a case number, and it’s just going to sit there.”

Weidner is worried that Florida is unprepared for the consequences.

“Where … are the legislators, the leaders, the adults in the room, that are preparing the citizens of this state for what is coming?”