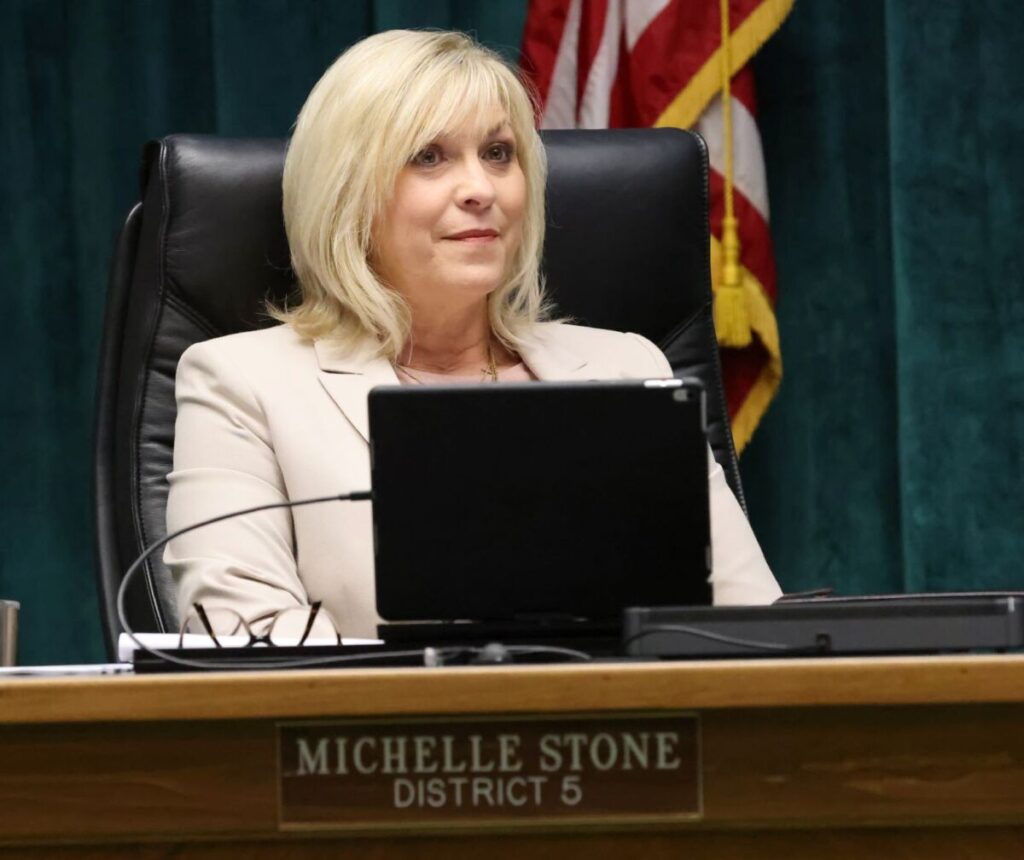 Despite objections and pleas for denial from a multitude of adjacent property owners and nearby concerned citizens, the Marion County Board of County Commissioners Tuesday voted to approve a controversial development within the Farmland Preservation Area.
In three narrow 3-to-2 votes, Commissioners voted to adopt both a future land use map and associated text amendment to its Comprehensive Plan which then allowed them to subsequently vote on and approve an alternative PUD application from Golden Ocala Equestrian, LLC.
The adoptions and approval now mean major development can take place at the WEC Jockey Club site, formally the Ocala Jockey Club.
Commissioners Kathy Bryant and Craig Curry cast the dissenting votes. Commissioner Michelle Stone made motions to approve all three items on the agenda, with Commissioner Jeff Gold seconding them.
The 1,029-acre property is located within the county’s Farmland Preservation Area (FPA) and outside its Urban Growth Boundary (UGB), and is located on rural-two lane West County Road 318, about a mile west of I-75 in the community of Irvine in unincorporated northwest Marion County.
Early in the six-hour meeting on the proposed project, which drew a capacity crowd of nearly 250 people, the developer agreed to take off a 200-room hotel on the site, but the alternative PUD left in tack the original plans for 94-site-built homes, a 100-site RV park, a 9,000-seat stadium, two polo fields with a clubhouse, 120,000-square-feet of retail space and a fuel station.
The property was purchased in August for $10.5 million by billionaires Larry and Mary Roberts, owners of WEC Ocala and R&L Carriers, a long-distance trucking company, who soon announced plans to develop the rural farmland.
County staff recommended denial of the Golden Ocala’s application.
A more detailed story will be available online soon and in Friday’s print edition of the Ocala Gazette.