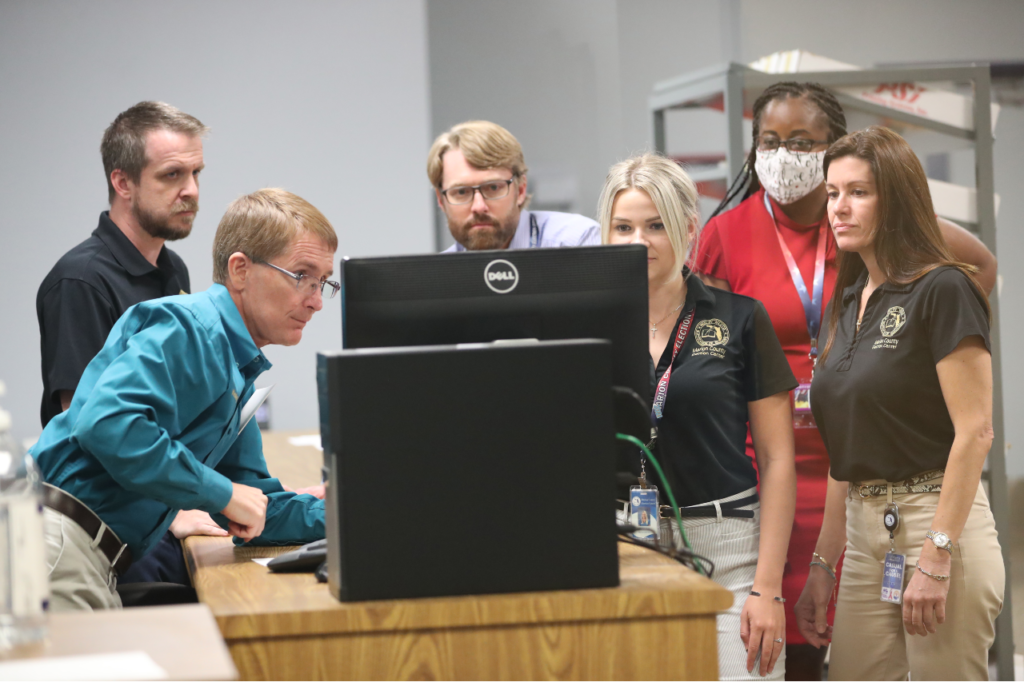 “I was hoping for 20% but when I saw it was almost 26%, I was pleasantly surprised. From a turnout perspective compared to the prior turnout average over the last decade of about 14%, we by far surpassed that,” said Wesley Wilcox, Marion County Supervisor of Elections.

All told 25.96% of the 38,257 registered voters living in the city cast a ballot. Election day also brought out more in-person voters than Wilcox expected.

on. But the 9,932 total ballots cast split down the middle between mail-in and in-person ballots.

He also reported no major problems at any of the 19 precincts across the city.

“Everything went extremely well other than the normal stuff that happens.,” Wilcox said.

There were reports of campaigns getting too close to one polling location, but by the time election officials arrived, there was no one in the area.

He said another issue was people trying to vote that did not live in the city.

“People go to a polling place whose mailing address says Ocala, but they don’t technically live in the city limits,” Wilcox said.

He said there are a handful of ballots still pending review by the canvassing board, but there were not enough to sway any of the races.

Those ballots in question include provisional and uncured mail-in ballots and total less than a dozen.

Provisional ballots are filled out by voters that do not show up as registered voters, but who insist they are registered. The elections office searches their rolls to try and find the voters’ records. There are three of those ballots outstanding

Uncured ballots are those from people who attempted to vote by mail but did not sign the ballot envelope or the signature does not match that on file. There were less than 10 of those ballots.

The election results will be official after 5 p.m. on Thursday