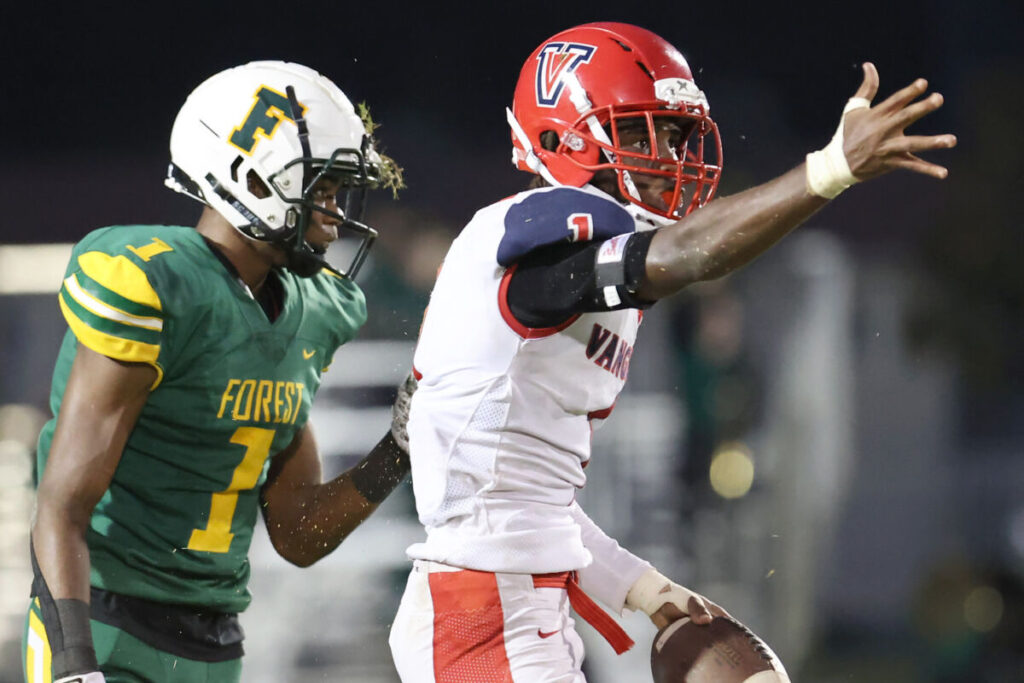 The Ocala-native announced on his Twitter on Tuesday afternoon that he would be taking his athletic and academic talents to Jackson State University in Jackson, Mississippi.

Rucker’s decision to commit to a lesser-known school like Jackson State shocked the college football world. Ranked as the 33rd best wide receiver in the nation and 29th best overall recruit in Florida, Rucker fielded offers from 25 schools across the country.

Of those, Rucker maintained allegiance to the University of Florida for much of his high school career.

Rucker committed to the Gators during his freshman year in 2018.

“I mean, I was committed a long time,” Rucker said. “I felt that the vibe they were giving me, and they weren’t real like I thought they were.”

After Rucker opted not to sign with Florida during the early signing period in December, many speculated that there was friction between the Vanguard Knight and the Gators’ football program.

Florida fans were also quick to sound off on Rucker’s decision not to sign with the Gators, with some questioning his academic eligibility.

“Them saying that makes me work even harder,” Rucker said. “So, you tell them this: The more they keep talking, the more I’m going to keep working.”

However, committing to Jackson State has been a trendy move for top-rated recruits around the country after the JSU Tigers hired NFL Hall-of-Famer Deion Sanders as the program’s head coach in September.

Sanders, a two-time All-American at Florida State University and eight-time Pro Bowl selection in the NFL, brought with him a staff with a combined 84 years of coaching a playing experience in the NFL.

“I changed (my commitment) because all of Jackson State’s coaches have done been to the league,” Rucker said. “It’s a no brainer. I’m getting coached by the best to do it in the game.”

Also drawing Rucker to Jackson State was the school’s status of being a historically black college and university.

“Helping the culture and just being a leader, not a follower,” Rucker said of his decision. “Deion says he wants dogs, well, he got a hard-working dog that don’t stop.”