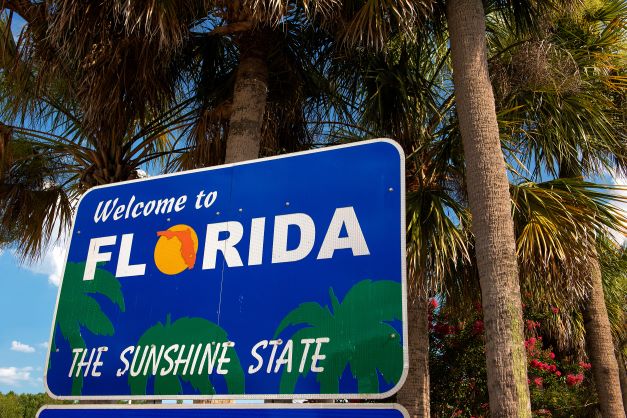 U.S. visitors continued to drive Florida’s tourism industry at a record pace, while international travel still struggled to reach pre-pandemic levels, according to newly released figures for the third quarter of 2022.

The tourism-marketing agency Visit Florida estimated Tuesday the state attracted 35.115 million travelers during the third quarter, a 6.9 percent increase from 2021. The estimate was also 8 percent above the same period of 2019, before the pandemic largely shut down the state’s crucial tourism industry.

The numbers from July 1 through Sept. 30 — the fifth consecutive quarter outpacing the corresponding quarter in 2019 — indicated the industry has mostly moved past the COVID-19 pandemic.

“Tourism is the number one industry in Florida, and it is the highest contributor to general revenue of our state. So the health of our tourism economy is directly related to the health of our economy as a whole,” Visit Florida President and CEO Dana Young told TravelMole Managing Director Graham McKenzie last week while at the World Travel Market London. “Said another way, if we aren’t doing well, the economy is not going to be doing well either. And so, the more people realize that, that very important connection between tourism and prosperity, the more they are likely to realize how important the work that we do with tourism marketing is.”

The estimates did not reflect impacts from Hurricane Ian, which crashed into Southwest Florida as a Category 4 system on Sept. 28, days before the end of the quarter. But some resorts have reported layoffs as they try to recover from damage, and the hurricane could affect fourth-quarter tourism numbers.

After Ian hit, Visit Florida quickly put together a digital and social-media promotional campaign, seeded with about $2.7 million, that focused on parts of the state left unscathed by Ian.

“Last year, we saw a marked increase in the number of visitors that were going to our more rural counties, so truly off the beaten path,” Young said. “In fact, in a few of our counties, we saw hotel occupancy levels increase as much as 25 percent year over year.”

The public-private Visit Florida is backed this year by $50 million in state money for marketing.

The state initially focused on reviving domestic travel after the initial hit from COVID-19 in 2020. Numbers didn’t start to surpass pre-pandemic levels until the middle of 2021.

Meanwhile, Florida drew an estimated 5.002 million overseas travelers during the first three quarters of this year, down 30 percent from the same period in 2019. Also, Florida drew 1.62 million Canadian visitors through Sept. 30 this year, nearly 46 percent below the 2019 total.

“What we are seeing is that people still want to escape all of that, and they are still planning vacations,” Young said. “And by and large, they are planning vacations to Florida. So, we are not seeing an impact from the negative economic situation around the world on the people that are actually planning a trip to Florida.”

Florida got a boost in June when the Biden administration lifted a requirement that international travelers test negative for COVID-19 within a day of boarding flights to the United States. The ban was one of the last remaining government mandates designed to contain the spread of the coronavirus.