Skip to content
As it did last year, COVID-19 tops our list of 10 stories that shaped Ocala in 2021.

The city also had a divisive election cycle, including two runoffs; an outburst of youth violence; a fired fire chief; development on steroids; and the continued prevalence of opioids and the homeless in the streets.

To see what else made our list, read on.

For a brief moment during late spring and early summer 2021, Ocalans thought they might be on the other side of the pandemic—then the Delta variant emerged.

During the summer surge only local hospital and healthcare workers were vocalizing to the community their beds and ICUs were full, and many more people were dying compared to the prior variant—and dying young.

The Delta variant filled hospitals with new cases, and, as schools began to reopen in early August, it brought the issue of masks in schools up for debate..

With no state or local government alerts sounding the alarm on the number of rising cases, the majority of Marion County residents went about their business, focused on debating vaccinations and masks- instead of the unusually high death count.

The State of Florida and the Centers for Disease Control and Prevention (CDC) failed to coordinate on reporting COVID-19 statistics over the summer, preventing the public from understanding how many people were dying. Marion County ranked 6 out of the 67 Florida counties for most COVID deaths per 100,000 since June, with 186.3 deaths per 100,000 residents.

Locally, as well as nationally, numerous businesses felt the effects of the new variant. This was especially true of funeral homes, as they were forced to contend with the growing number of deaths—in some cases, ordering refrigeration trucks to keep up with the rapidly growing demand.

Throughout all the turmoil, vaccines became readily available to most who could and wanted to take them, helping to make many people feel comfortable socializing once again. But on the other hand, it also created a new line to divide friends and families—those who were “vaxed” and those that refused to be.

Recently, over the Thanksgiving holiday, another new variant began to make headlines—Omnicron—just as booster shots became readily available to 12-years-olds and above. So, as it stands right now, the pandemic appears to be far from over.

Kent Guinn won re-election to a sixth term as Ocala mayor after being challenged by Dr. Manal Fakhoury, an Ocala resident of at least thirty years.

Three-fifths of the city council was replaced. With James Hilty returning to the council after a term off, and Barry Mansfield and Kristin Dreyer joining.

Local wealthy business folks did their best to influence the city elections through PACs, some of which ran some pretty ugly political campaigns to support their candidates.

When Assistant City Manager Ken Whitehead terminated Shane Alexander, chief of Ocala Fire Rescue, at the end of June, no one could have guessed how divisive the city personnel matter would become in the 2021 city elections.

Alexander, who was hired as fire chief in Oct. 2018, also threw his hat in the ring for consideration of the city manager’s job that became open early in the year 2020. The council ultimately chose to give the job to Sandra Wilson, another long-term employee who had served as the No. 2 to the prior city manager.

Alexander was fired for mismanagement of city grant with the health department, failure to abide by city policy as it relates to vehicle idling and use of personal phones to do city business, and insubordination to the City Manager, Sandra Wilson, and certain other city council members who did not support his bid to become city manager.

Since the council does not have the power to rehire Alexander under the city’s charter, there was an unsuccessful move by councilmen Justin Grabelle and Matthew Wardell to fire City Manager Sandra Wilson for authorizing Alexander’s termination on July 6.

Alexander remains active in the community but has refused to give his side of the story to any media outlet. 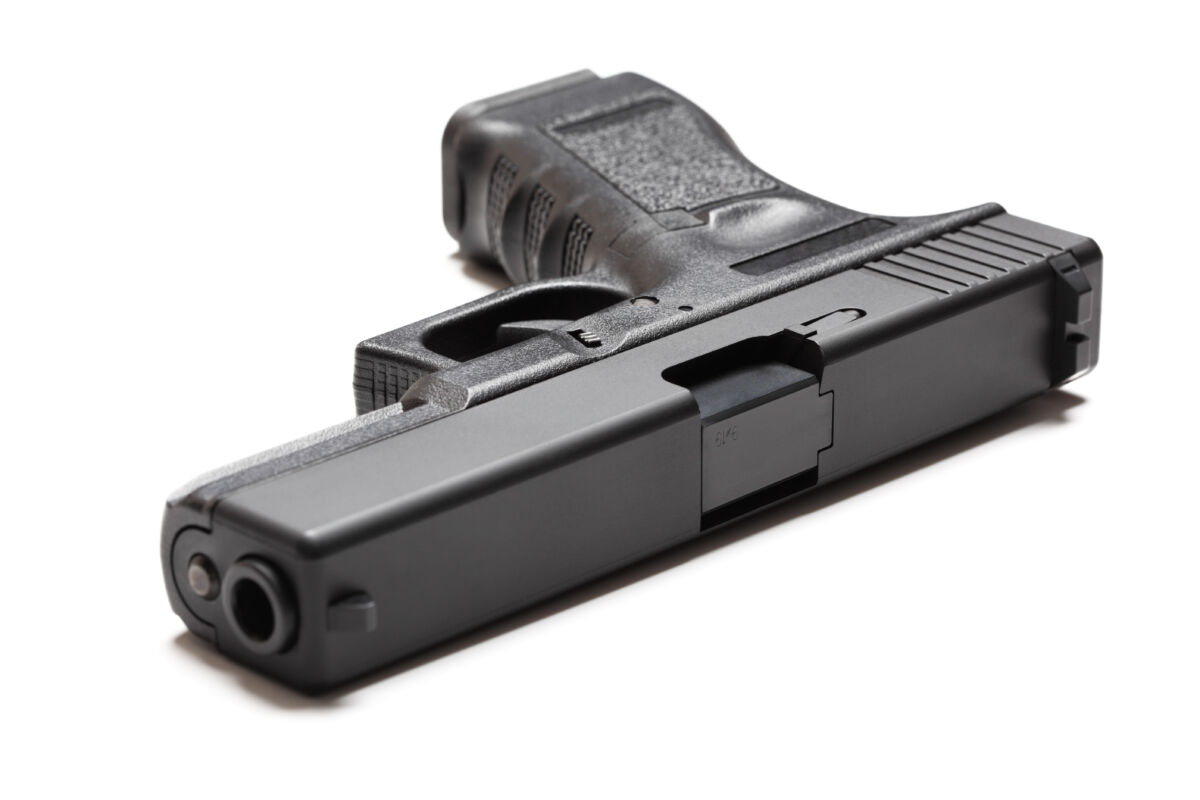 The community realized this year that it had a gang problem amongst its local youth, particularly young black men, who were being pulled into a lethal game of retribution.

This story “started” in the summer of 2020 but worsened by 2021, causing local law enforcement to become more forthcoming about what was happening in the community when a rash of shootings left teens dead or injured at the hand of other, rival teens.

Daytime shootouts. Residential complexes under fire. Violence at the mall. A 15-year-old middle school student arrested for bringing a loaded gun on campus. All sound like stories that belonged to other communities—not Ocala. Yet all are descriptions of incidents that happened right here, in our own city.

One of largest hurdles to solving the crimes was the lack of victims and family members willing to speak to police. The second challenge seemed to be the community’s unwillingness to acknowledge it had any youth violence issue at all.

Millions in federal relief and debt deferment or forgiveness continued to benefit our community in 2021, with the goal of reducing the impact of COVID-19 on communities.

For the bulk of the relief, money was funneled through the state and then trickled out to the county and its municipalities with broad discretion to use it where they needed it most.

The stories that resulted examined primarily how our local government chose to spend, or in some cases not spend, the money.

Some of the federal aid helped our local cultural and arts venues stay open.

Many families benefited from the help of rental assistance to catch up on late rent.

Businesses who were still experiencing significant loses because of the pandemic had a second opportunity to have help with payroll expenses through the Payroll Protection Program.

If continued angst about the state exploring the possibility of building a new toll road through Marion County reminded us of anything, it was this: Ocalans want to protect what’s left of their wide-open spaces and valuable natural resources.

Proponents of the growth point to increase in jobs, a move towards addressing a housing shortage, and economic activity.

While organizations like Horse Farms Forever have brought likeminded people together to be advocates for Marion County’s Farmland Preservation Area (FPA), outside the FPA was fair game for development, and met little resistance from the Marion County Board of County Commission or the City Council, despite remedial efforts to address the public’s concerns.

With new businesses, distribution centers, and families all calling Marion County home, the effects of such rapid growth to certain geographical areas are taking their toll.

For example, some schools in those quickly-developing areas are operating near or at their total capacity, even as future enrollment forecasts show limited growth. Additionally, the county and city is still working through how it will meet both the increase in demand for and cost of waste disposal going forward.

The World Equestrian Center (WEC) continued to grow and lure more and more people to the sprawling horse and entertainment complex in 2021.

The center is positioned to become the largest horse show complex in the country, bringing even more tourism to Marion County as it extends the season for equestrians to compete.

The impact of this center has created greater demand for real estate surrounding it catering to equestrians. It has also created the need for more hospitality workers.

The sprawling development gave Marion County Board of County Commission a reason to invest in its water and waste services so as to meet the anticipated growth expected in the area around WEC.

In addition to the events hosted by WEC organizers, the venue has become the go-to for hosting conferences, local high school graduations, and fundraisers for nonprofits and politicians.

It all started in 2006, when the city council started exploring creative ways to fund fire services so that nonprofits were not exempt from paying their fair share, and people who did not own property were required to contribute as well.

The council decided to flex their “constitutional grant of home rule powers” and agreed to fund fire services by adding user fees to every City of Ocala utility statement.

In 2014, the owner of a mattress store and lifetime resident of Ocala challenged the city, saying that the fees collected were unconstitutional. After eight years of litigation and more than $80 million dollars in collected fees, the courts found the user fee was an “unconstitutional tax” and told the city they had to pay the money back.

Along with facing the issue of how to pay back such a huge judgment, the city also had to scramble to find a new, lawful way to collect money in order to help fund fire services from February 2021 through the fiscal year ending seven months later in September.

To get that done, they conducted a new study and decided to pass a one-time assessment of $190.77 for residential property owners through a non-ad valorem tax. Commercial property owners would be charged by square footage with a charge in the range of $106 to $31,973.

The combination of residents receiving special assessment bills and news the city had been taxing them illegally left many residents frustrated and confused.

The city has not officially explained in any public meeting or official statements how it intends to pay back the $80 million, but it did recently motion for an extension of time, stating that it had identified $20 million in unrestricted funds, adding that the city needed to explore options in obtaining the $60 million difference in loans.

The City of Ocala first introduced its open lodging ordinance in 2002. Part of the original ordinance’s language stated that a person was subject to arrest in the city if they were sleeping in public and admitted to being homeless.

In February, U.S. District Judge James Moody ruled that arresting homeless people who don’t have access to shelters is cruel and unusual punishment, violating the Eighth Amendment of the US Constitution. The court also found issuing trespass warnings without a process for appeal violated the 14th Amendment’s due process clause.

After the court ruling, the Ocala City Council unanimously voted to amend the ordinance on March 2, eliminating the homeless reference. Since then, the Ocala Police Department indicates it has not been arresting for open lodging.

Besides the decline of arrests, the lawsuit also brought to the forefront the need for more shelter space, and shelters with low barriers.

Interfaith made an attempt to get permission for a temporary lawful open air lodging space within its gates but met with opposition from neighbors and the majority of the city council.

It is hopeful that combined efforts of the city, county and area nonprofits will make strides on the issue in 2022.

One of the more publicly recognized deaths due to overdose was 33 year old Rob DelFino on June 10. DelFino was a former West Port High School quarterback, who at that time of his death, was the quarterbacks coach for North Marion High School. It was reported that DelFino likely overdosed on cocaine laced with fentanyl. He was survived by his wife, Skylar; son, Madon; and daughter, Mia.

DelFino’s passing came as an added shock to a community already witnessing a dramatic increase in opioid deaths since the start of the pandemic, with fentanyl as a leading drug used.

To help combat the epidemic within the pandemic, many local hospitals participated in “Crush the Crisis” Opioid Take Back Days, starting late in 2020 but continuing through 2021.

Local paramedics and law enforcement spent significant resources trying to save lives with the use of Narcan.