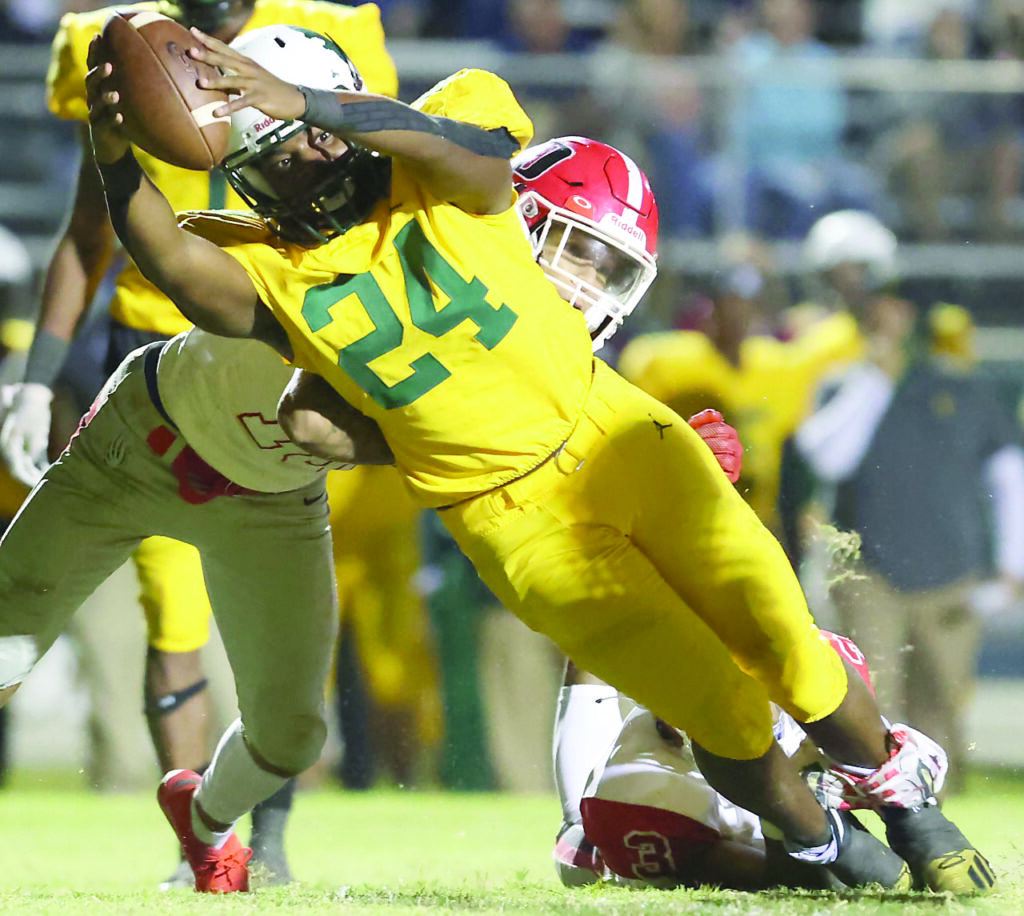 The Dunnellon Tigers brought an unblemished record into Ocala for a matchup with the Forest Wildcats last Friday and narrowly escaped with a 10-7 win.

Dunnellon started off the season winning its first three games by a combined score of 133-16. But the Tigers entered the toughest part of their schedule several weeks ago and barely topped Vanguard before last week’s showdown with Forest.

Dunnellon faces another stiff test this Friday when it takes on West Port, which boasts a 4-1 record. West Port’s only loss this season was a 43-6 shellacking at Vanguard.

Forest, meanwhile, dropped to 2-3 on the season with the loss to Dunnellon but gets a choice matchup with 1-4 Lake Weir this Friday.

In other action last week:

Vanguard shut out Lake Weir, 38-0, and faces Belleview in an away game

Trinity Catholic beat Calvary Christian, 27-24, at home. The Celtics have the week off before facing Melbourne Central Catholic Nov. 13 in Melbourne. Trinity is 4-3 on the season and ranked No. 97 in the state overall by MaxPreps Sports.