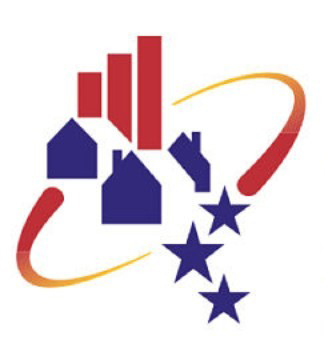 The ability to analyze separate datasets is important for identifying trends for small communities and geographies and critical for planning future investments and services by public officials, community leaders, business owners, researchers and others, making the ACS the nation’s leading source of large and small area socioeconomic and demographic statistics for every community in the U.S. and Puerto Rico.

“This release marks an important milestone for the ACS program, which has provided communities with detailed information about people, places and the economy for the last 15 years,” said Donna Daily, Chief, American Community Survey Office. “Having three sets of nonoverlapping data allows researchers and leaders across the country to analyze long-term trends, creating a powerful image of communities across the nation.”

Since the survey is based on a sample of the population rather than a census of the entire population, the ACS produces estimates with sampling error. To aid data users, the Census Bureau calculates and publishes a measure of the sampling error — the margin of error — for every estimate.

Below are some quick facts about Marion County’s estimated 353,526 residents from the latest 2019 5-year ACS.

The median age in Marion County is 48.7.

13.2% are Hispanic or Latino (regardless of race)

Median household income for Marion was $45,371.

It should be noted that the Census Bureau uses a set of money income thresholds that vary by family size and composition to determine who is in poverty. If a family’s total income is less than the family’s threshold, then that family and every individual in it is considered in poverty. The official poverty definition uses money income before taxes and does not include capital gains or noncash benefits (such as public housing, Medicaid, and food stamps).

Of the 125,900 civilian employed Marion County population 16 years of age or older, 2.4% work in         Agriculture, forestry, fishing and hunting, and mining; 7.7% in construction; 6.3% in manufacturing; 2.5% in wholesale trade; 15.6% in retail trade; 4.3 percent in transportation and warehousing, and utilities; 1.2 percent in information; 5.4% in Finance and insurance, and real estate and rental and leasing; 10.8% in professional, scientific, and management, and administrative and waste management services; 23.6% in Educational services, and health care and social assistance; 9.8% in arts, entertainment, and recreation, and accommodation and food services; 5.4% in other services, except public administration; and 5.1% in Public Administration.

$38,453 is the median income for a male working full time in Marion County.

$33,240 is the median income for a female working full time in Marion County.

Of the occupied units, 75% are occupied by homeowners, 25% renters.