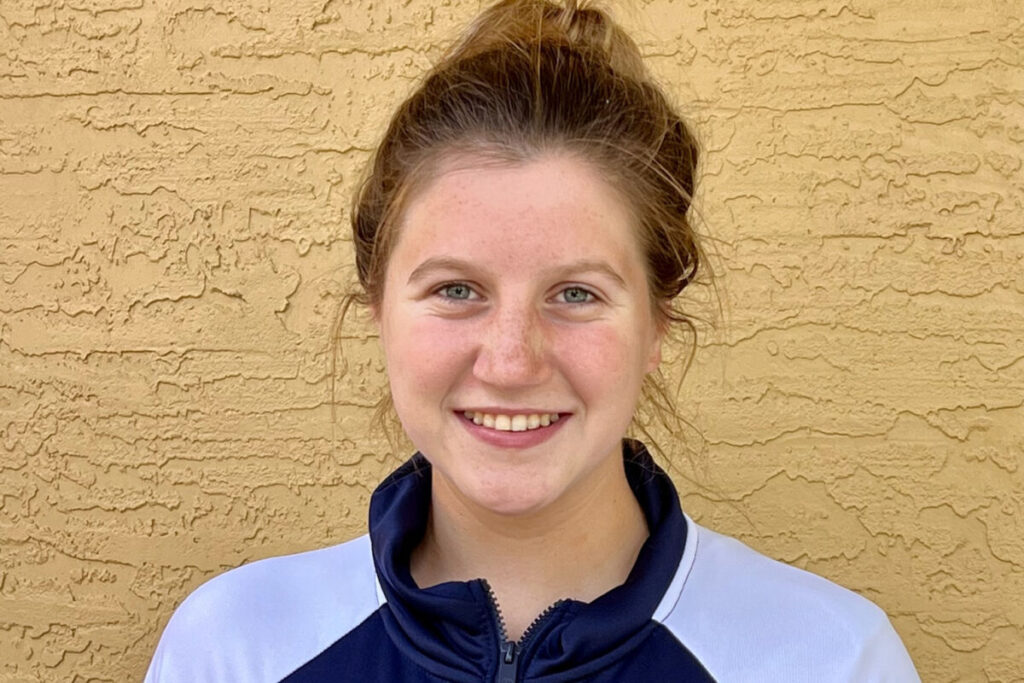 Ocala seems to have no shortage of athletes in our midst, and 18-year-old swimmer Katarina Antonov’s accomplishments in the swimming arena reinforces that fact.

This week, Katarina, accompanied by her mother, is in Normandy, France, representing the United States in swimming competitions for the American Athletic Union (AAU) in France through the International School Sport Federation (ISF), in the 19th Gymnasiade-School Summer Games.

It is expected there will be 3,500 students from 70 countries at the event competing in 17 different sports and three para-sports. The American team is made up of 16 boys and girls from across the country.

Katarina said she will be competing in seven swimming events scheduled over a three-day period: the 100 free style, 400 free style, 200 breast stroke, 400 free style relay medley, 200 free relay, 400 medley relay and 50 butterfly. She will be in France for 10 days, until the end of the games.

“I am very excited. This is a cool opportunity,” Katarina said. “I love to meet new people and see other countries.”

She and her mother plan to do some sightseeing, visiting Paris and Normandy Beach while in France.

The now 18-year-old has been swimming since she was two years old, she related, and on a swim team by the time she was four. She swam with the Central Florida Marlins at the YMCA (YCF) for 10 years. This group was disbanded due to the COVID epidemic. She then joined the Tekmasters Swim Club (TMSC) and is representing this group, too, in France.

Among her credits, she posted several top eight finishes while competing in a Florida High School Athletic Association (FHSAA) state championship swim meet in Houston, TX, last summer. She competed for Vanguard High School, finishing her season with a medal in the 200 free style.

The AAU is a multi-sport organization in the United States, dedicated to promoting development of amateur sports and physical fitness programs. More than 700,000 members are enrolled nationwide.

FHSAA’s purpose is to organize sports competitions for high schools in Florida.

For her accomplishments in the pool and in the classroom, Katarina was selected to represent the United States in China for the AAU. However, due to present geopolitical circumstances with China, that trip was cancelled.

The senior high school student qualified for the AAU Junior Olympic meet in Greensboro, NC, too, at the end of July, but has declined the opportunity because her family may be traveling to Europe, this time to Moldova, which is next to Ukraine, to visit family there. It has been about four years since they have seen the family there, she said.

Katarina is scheduled to graduate June 3 with honors from Vanguard. She has completed dual enrollment courses at the College of Central Florida while attending Vanguard. Several colleges and universities across the country have shown interest in her as both a swimmer and a student.

Katarina has ultimately decided, though, to pursue a nursing career and has been accepted for enrollment at the University of South Florida in Tampa. That school does not have a swimming program.