The changes will affect the blue, green, orange, and purple lines, Chighizola said during his presentation to the council. 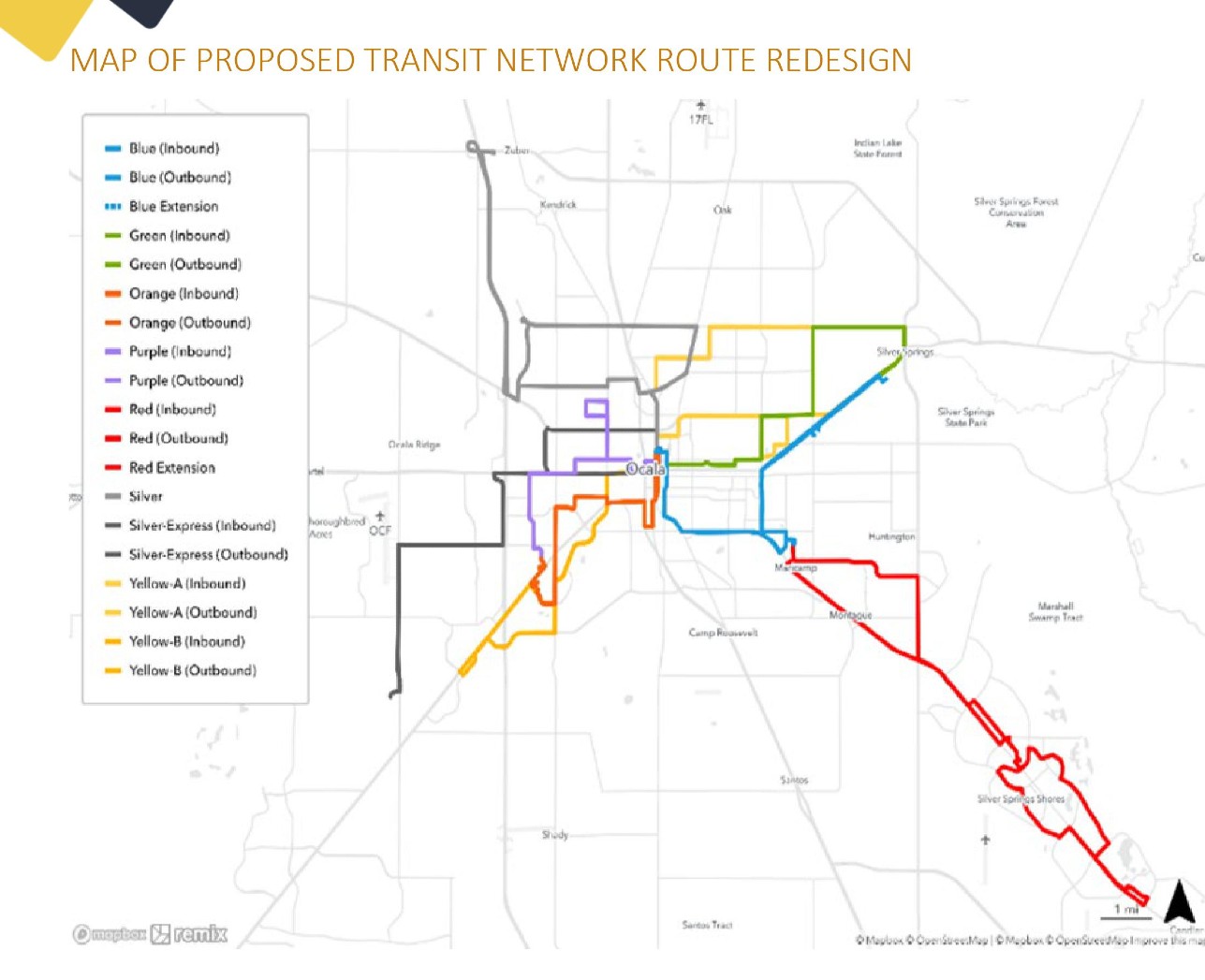 The biggest complaint about the 2018 changes was the length of trips.

“We are going towards more of a figure-8 alignment,” Chighizola said, in an effort to cut down on lengthy travel times.

According to the report filed with the city council, “The figure-8 loop routes will reduce ride time by nearly 50%, offering premier destination service and ease of service for ADA passengers by reducing the number of transfers currently required to meet their travel demands.”

The new routes will add services out to the newer facilities near I-75, including the new VA hospital in southwest Ocala.

The city of Ocala will introduce the proposed route changes to the pubic and distribute route timetables in September.

Following the launch, the city of Ocala will monitor the system and make necessary adjustments based on performance.