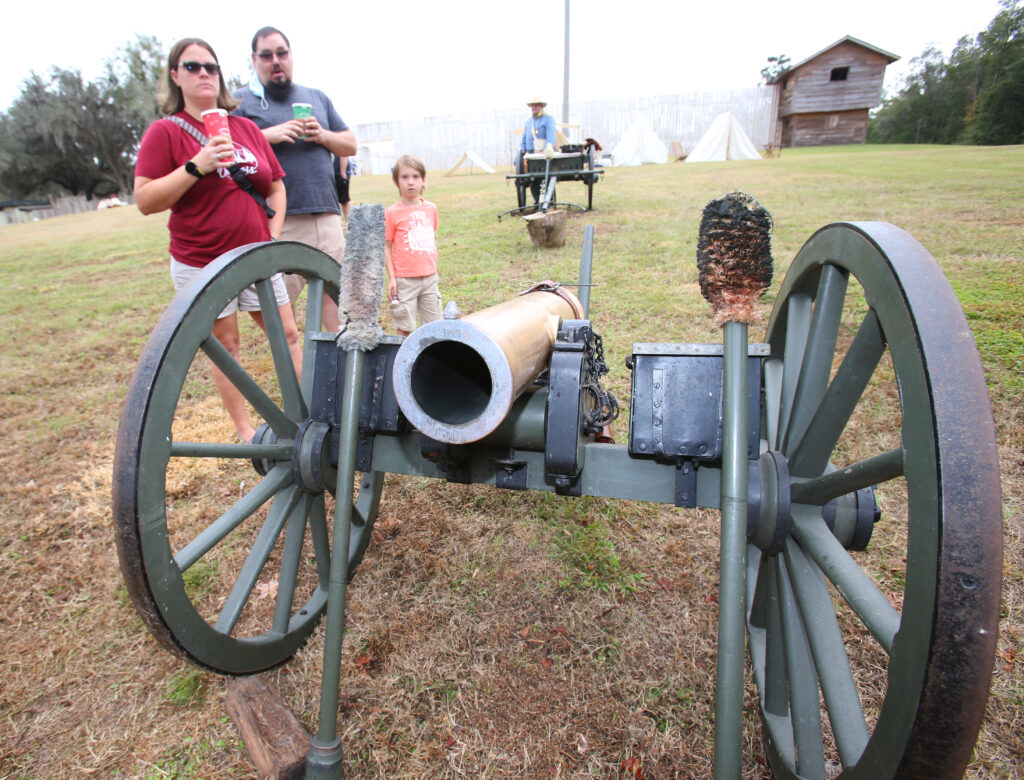 Jessica and Andy Nelson and their son, Anson, 6, look over a replica of an 1841 Mountain Howitzer cannon that shoots a 12 pound cannonball during the First Heritage Skills Day at the Fort King National Historic Landmark in Ocala, Fla. on Saturday, Dec. 12, 2020. During the event, Fort King Artillery volunteers conducted live firing of a Howitzer cannon several times during the day. There were also reenactors that gave live firing demonstrations of an historic .69 caliber French Charleville Flintlock rifle and a .50 caliber Hawkens rifle. In addition, live demonstrations were given throughout the day. [Bruce Ackerman/Ocala Gazette] 2020.

Jessica and Andy Nelson and their son, Anson, 6, look over a replica of an 1841 Mountain Howitzer cannon at the Fort King National Historic Landmark in Ocala in this December file photo. The site will host a strength challenge on Feb. 27.  [Bruce Ackerman/Ocala Gazette]

The Fort King National Historic Landmark will host a GRIT strength challenge on Feb. 27 using many of the items available during the mid-1800s.

Three-person teams will hoist logs, barrels and sandbags in different strength challenges. In addition to the competition, the event also will feature ax throwing, musket and cannon firings and vendors, including those selling items common during the period.

The event runs from 8 a.m. to 5 p.m. The cost to compete in the event is $150 for each three-member team. Half of the proceed raised during the event will go toward special projects and programming at Fort King.

For information on how to register to compete, visit https://bit.ly/3jonptu