State gets another bump in tax revenues 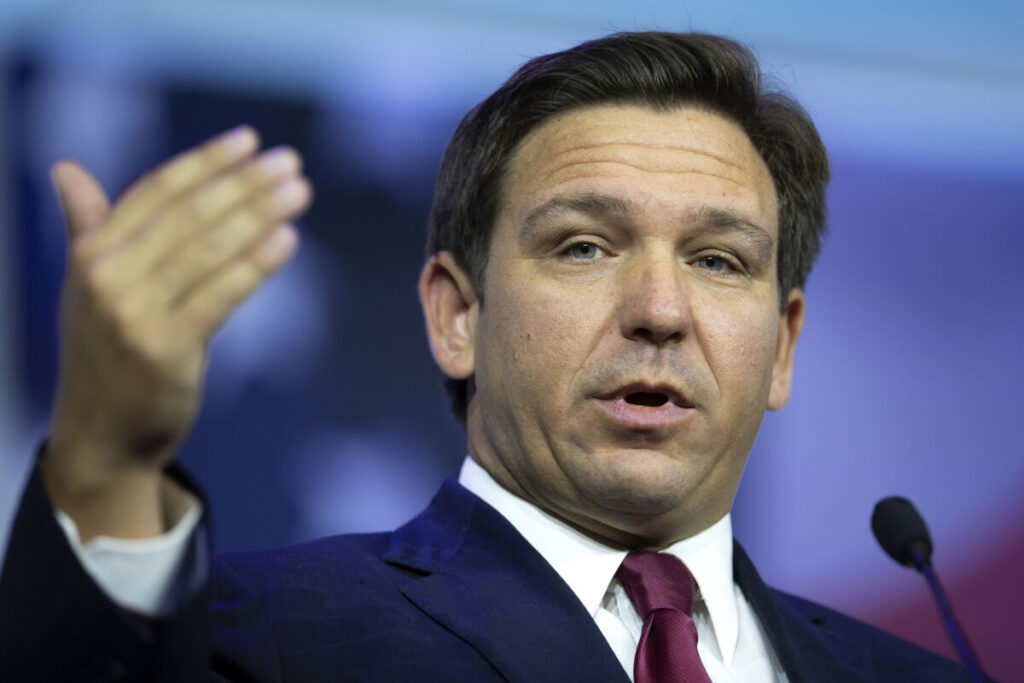 FILE – Florida Gov. Ron DeSantis speaks during the Republican Jewish Coalition’s annual leadership meeting at The Venetian hotel-casino on Saturday, Nov. 6, 2021, in Las Vegas. DeSantis is preparing to deliver the last State of the State speech of his first term, on Tuesday, Jan. 11, 2022, as he seeks reelection and a possible 2024 presidential run. (Ellen Schmidt/Las Vegas Review-Journal via AP, File)

Florida tax collections continue to top expectations, but the impacts of inflation could be showing in how people spend money.

General-revenue collections in April topped projections by 23 percent, or $824.1 million, according to a report posted online Wednesday by the Legislature’s Office of Economic & Demographic Research.

Economists had projected the state would collect nearly $3.588 billion in general revenue during the month. The state brought in about $4.412 billion.

But the report said sales-tax collections in April accounted for “less than one-half of the total overage” for the first time since September.

“The immediate response to inflation is an increase in sales tax collections that reflects the higher prices,” the report said. “Persistent inflation conditions, however, ultimately suppress collections as consumers begin to spend more money on non-taxable necessities like food and health care.”

The report said prices for food at home increased by 10.8 percent in April, the largest 12-month percentage increase since November 1980. Also, the average price of a gallon of regular unleaded gasoline in Florida hit a record high of $4.65 on Wednesday, according to data from the AAA auto club.

The rate, which is the percentage of disposable income that people save, went from 6.3 percent in February to 5.0 percent in March and 4.4 percent in April, according to state economists.

Aided by federal stimulus money, the savings rate ballooned to 33.7 percent during the early stages of the pandemic.

During an appearance last week in the Gadsden County town of Havana, Gov. Ron DeSantis said the state is well-positioned for the initial impacts of a potential recession because of record reserves.

DeSantis said revenue for May is likely to be $600 million over estimates.

Also, in what the report said was a sign that the “housing market remained stronger than expected,” documentary-stamp taxes on real-estate transactions were 159.7 percent over projections. Economists expected the state to collect $97.4 million in “doc stamp” revenue, but the total was $252.9 million.

General revenue is closely watched in state government, as legislators use it to fund key portions of education and health-care programs and prisons.