Solar farm is planned for county 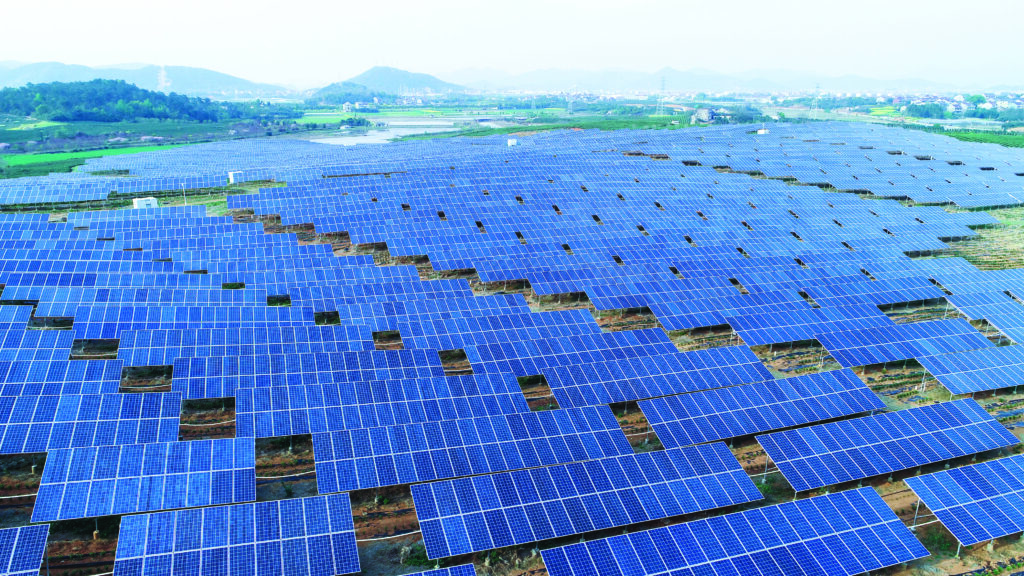 A sprawling pasture on an 1,100-acre site fronting the Withlacoochee River near Dunnellon could soon be home to Marion County’s first solar energy farm.

But some legal and land-use issues must be sorted out first.

Kingston Properties LLC, the landowner, wants to plant 212,000 solar panels on 294 acres of the property, according to its permit application. The project, known as Dunnellon Farms Solar, is expected to generate 74.9 megawatts of power.

Marion County commissioners were set to act on the plan Tuesday, following a unanimous recommendation for approval earlier this month by the county Planning and Zoning Commission.

But the proposal stalled after county staff pitched the developer a plan for a 20-foot easement on the site late last week.

John Taylor, the agent for Renewable Management Services, the Riviera Beach-based developer of the site, asked commissioners to table the application until the landowner and its engineering consultants could review the county’s request.

The board postponed action until Oct. 20.

Prior to the truncated hearing, however, lawyers for adjacent landowners submitted a letter outlining their opposition to the application.

The legal team for Ronnie and Sarah Cannon, longtime owners of a neighboring ranch, noted that the project was set for final approval just an month after its application was filed.

“To say that such a massive project that will have a major impact on the adjacent landowners, their property and property values has quickly made its way through the approval process is an understatement,” they wrote.

One of the Cannons’ lawyers, Stacie Corbett, told the County Commission on Tuesday that approval of the $95 million project could trigger a lawsuit under the state’s Bert Harris Act.

The Harris Act allows landowners to sue government agencies for land-use decisions if they can show the action had an adverse effect on their property values.

At the planning board hearing in early September, the Cannons said they had questions about the project but weren’t necessarily opposed to it. It’s unclear what changed their minds.

If approved, the farm could generate power for about 15,000 homes, according to Kenneth Odom, transportation planner with county Growth Services.

Ana Gibbs, a Duke Energy spokeswoman, indicated that was still to be determined.

“Duke Energy is constantly looking at properties and working with developers to evaluate projects and expand on solar,” Gibbs said. “However, no agreements or contracts are in place for this project.”

Meanwhile, the request is proceeding on a separate track with the Dunnellon City Council.

The council must give thumbs up or down because one-quarter of the proposed project is within city limits.

City staff has had to draft language to amend both. Its planning commission then must consider the revised text at a public hearing before it goes to the City Council. State officials also must review the plan change.

“Our planning commission has had two meetings on the subject matter and have seemed very open to amending both legislative documents,” Bowne said. “The fact that a comp plan amendment needs to be completed is what really extends the timeline.”

Lonnie Smith, the city’s community development manager, estimates the process could take up to another four months.

At that earlier hearing, the planning board followed the advice of county staff and unanimously recommended approval of the project.

In a report to the County Commission, staff planners noted, “The proposed Dunnellon Solar Farm array is located in rural lands, removed from most improved parcels and will not be located within any flood prone areas. While expansive in size, the siting of the solar farm will not adversely affect the public interest.”

“The site is surrounded by rural lands with agricultural, residential, riparian, public and unimproved land uses,” their analysis continued. “The proposed use is sited in rural lands and should have minimal impact on the surrounding land uses.”

In the permit application, Kimley Horn, the engineering consulting firm on the project, maintained that a solar farm would be a “clean, passive operation” that is “virtually silent and nonintrusive” to neighbors.

Yet the project’s situation with Duke and the city of Dunnellon, as well as the claims of “minimal” and “nonintrusive” impact only raised doubts on the Cannons’ behalf.

Their legal team noted in its letter that there were too many “unknowns.”

“Something of this magnitude in an area that is preserved farmland and greenway should have more answers than it does questions surrounding it,” they argued.

Such questions, for example, include: What happens if a supposed deal with Duke falls through? What are the alternatives for positioning the power lines? What happens if the site’s only access road cannot support the construction crews? What happens if the city or the state rejects the proposal? Where is the “decommissioning” plan the applicant is required to furnish?

“The Cannons intend to continue objecting to this solar farm until all of their questions have been answered in a satisfactory answer,” the letter states.