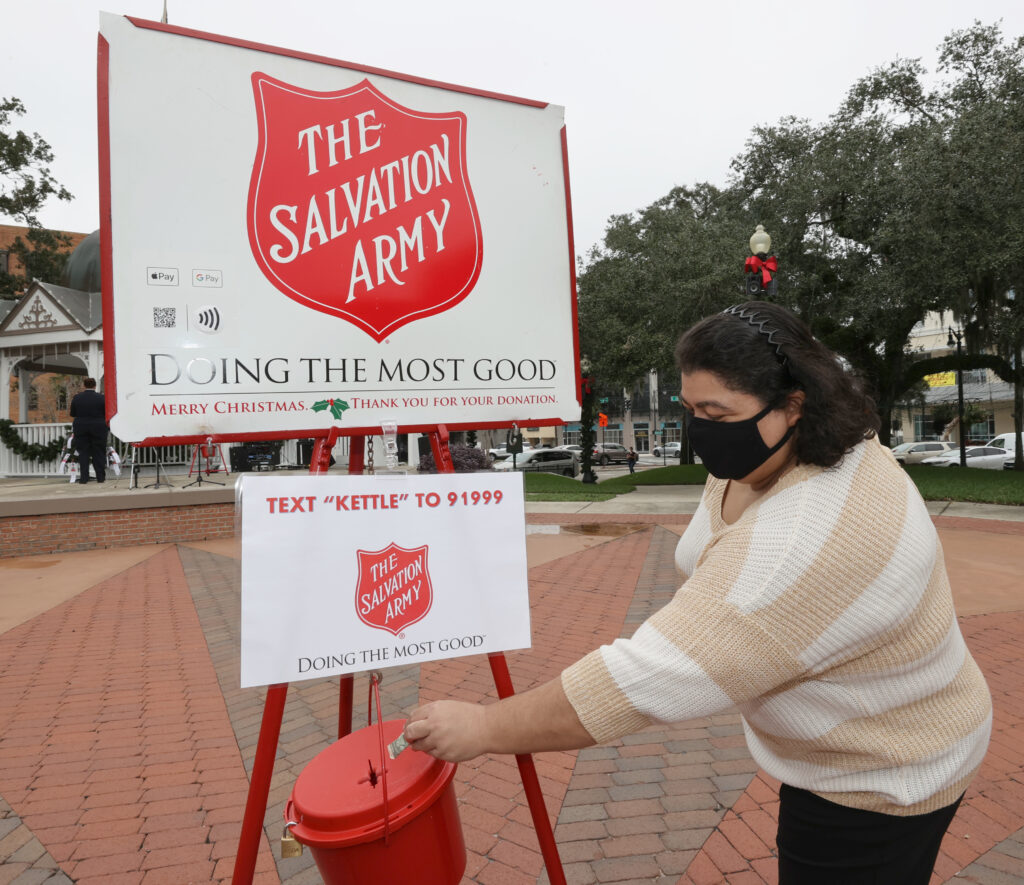 The Salvation Army of Marion County kicked off its annual holiday Red Kettle campaign and Angel Tree program last week, and like so many other things in 2020 it will not be a traditional holiday season for the organization.

The group launched its 2020 campaign last Friday on the downtown Ocala square with a virtual kickoff.

With a goal of raising $250,000 to help uplift Ocala’s hungry and homeless, the Salvation Army will still have the famous red kettles outside a number of area businesses, but it will also be asking holiday donors to give in a number of other ways, said Maj. Dwayne Durham, corps officer of the local Salvation Army.

Because so many people are not going out to many of the retailers which have historically hosted the red kettles due to COVID-19, or they do not carry cash, the Salvation Army this year will offer digital options for donors. There will an Apple Pay option at the kettles.

Also, there is a website donors can go to and give, as an individual or as a team. That site is: givesalvationarmyusa.org/team/317281

Durham said individuals or teams of people can sign up on the website and raise money for the organization.

Walmart is also offering customers the opportunity to give on its website through its “Registry for Good.” Donors can go there and purchase toys and clothing and designate it to be sent to the Salvation Army. 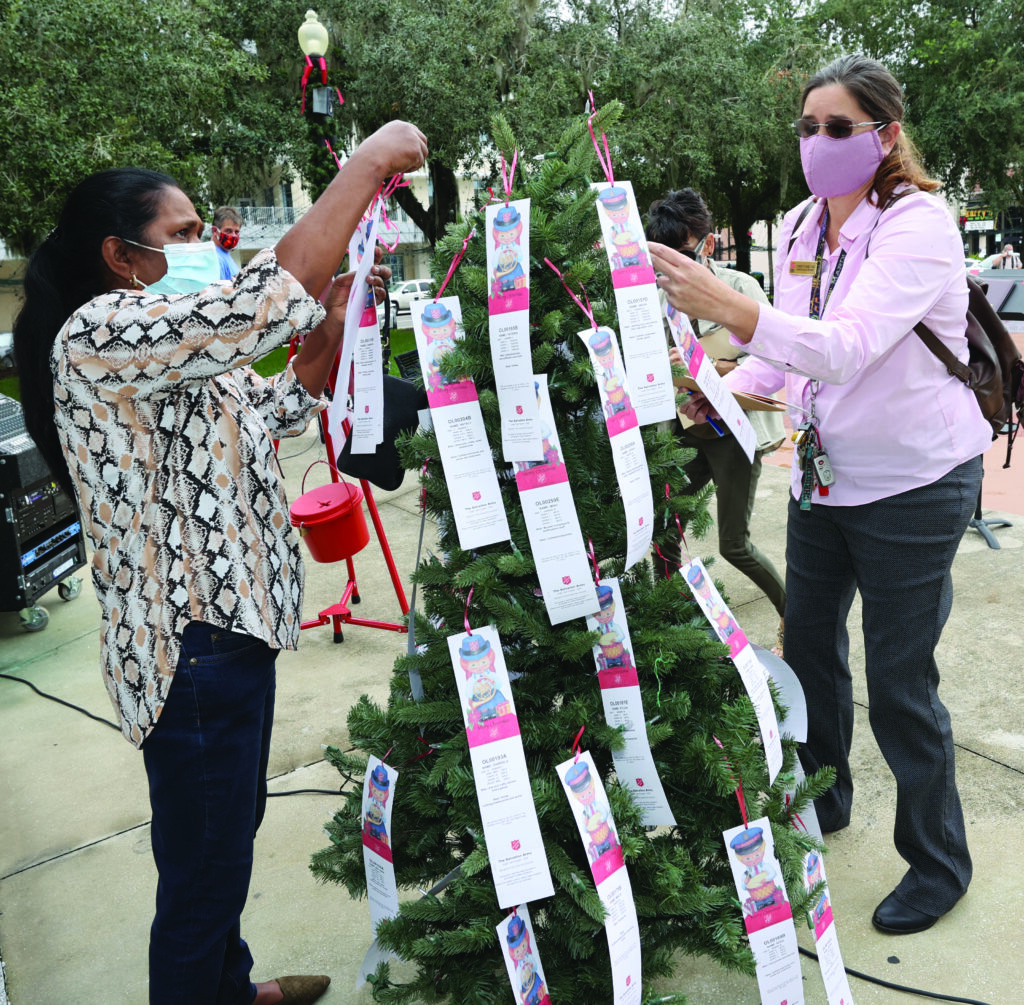 In addition to the Red Kettle campaign, the Salvation Army is also conducting its annual Angel Tree effort to gather Christmas toys and gifts for more than 1,000 local children 12 years old and younger, said Maj. Marion Durham, Dwayne’s wife and co-corps officer in Ocala who oversees the Angel Tree initiative. She said half of the children signed up for this year’s Angel Tree program are new to the program.

The Angel Tree works like this: Angel Trees are located in the Paddock Mall and all area Walmarts, and donation bins are also located in all Beall’s and Beall’s Outlets. People can take a tag off the Angel Tree and find a child’s name and their wishes for Christmas. Then you buy the gifts and return them to an Angel Tree location or drop them off at the Salvation Army’s administrative offices at 2901 NE 14th St., Ocala.

In addition to the 1,000-plus children the Salvation Army plans to provide with Christmas gifts, Dwayne Durham said red kettle proceeds will be used — in addition to helping fund the organization’s year-round efforts in helping the destitute and downtrodden — to provide Thanksgiving food baskets, including a turkey, to nearly 500 families. Another nearly 500 families will receive Christmas food baskets.

The Salvation Army last year provided assistance to 22,515 individuals, including 50,000 meals, 2,500 grocery orders and 15,962 nights of lodging at its Center of Hope in Ocala.

Anyone with questions about giving to the Red Kettle campaign or about the Angel Tree program can call the Salvation Army at 352-629-2004.