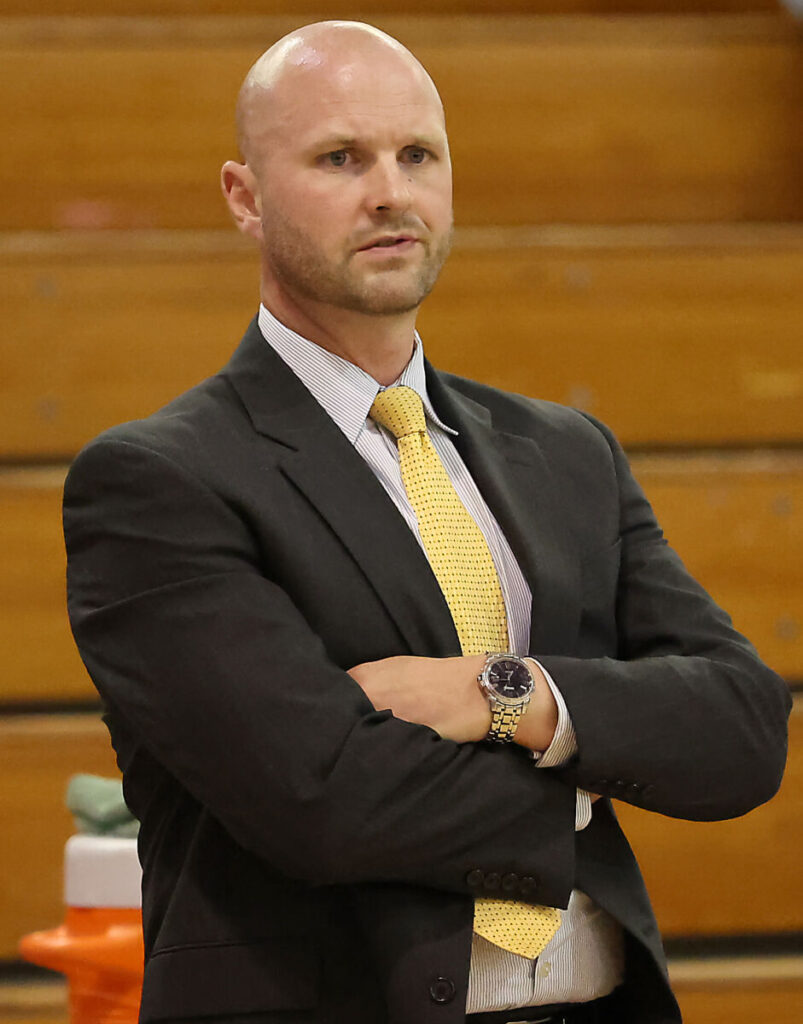 The second half of the opening night for the MCIAL preseason classic at Belleview High School pitted the Redeemer Christian Lions against Belleview.

Redeemer Christian comes into the 2022 season looking to build off a 17-9 regular season record and a playoff win from the 2021 season. Belleview enters the new season with a ton of youth and inexperience after a 4-win season in 2021.

Tuesday’s matchup between the two teams got off to a frenetic start as they were tied at 5 after three minutes. Redeemer Christian seniors Andrew Powers and Grant Phillips would team up to score the next six points in the game to give their team an 11-5 lead.

Belleview answered back with field goals from senior Cori Johnson and Zion Jackson to make it 11-9 before Powers responded with two three-pointers and carry his team to a 19-9 lead at the end of the first quarter.

The second quarter was a defensive clinic from both teams as they combined for just 14 points. Redeemer Christian senior Jonah Harrelson picked up two of his three blocks and scored four points during the period.

Redeemer carried a 28-14 lead out of the locker room and the third quarter was another defensive grind as Belleview outscored them 10-8. Redeemer scored five points in the last minute to avoid being held to just three points in the quarter.

Redeemer picked up the pace on defense in the fourth quarter and led to a heap of easy layups as they notched four steals. Powers led the way with eight points in the final quarter and Belleview’s Johnson did everything he could to keep his team in the game with seven points of his own.

Despite Johnson’s efforts, it was tough sledding for the Belleview offense as they passed the ball well but had too many missed shots and free throws. Head coach Jason Hasson was pleased with the defensive effort but couldn’t look past the poor night on offense.

“We struggled a lot offensively and we couldn’t put the ball in. We couldn’t make layups, open threes or foul shots, very disappointing offensive performance and it’s difficult to beat a team like Redeemer when they are making a lot of those shots.” Hasson said.

The tough night shooting the ball is an aspect that can be worked on and Hasson said it will just take more time in practice to get his players more comfortable and confident.

“We have a lot of young guys and it was their first time playing in front of a crowd. It’s going to take skill development in practice by getting more shots up, more free throws and just more reps overall.” he said.

For Johnson, a senior, its all about positive leadership and keeping a good team morale.

“Over the years I’ve learned to keep my head up and it’s always about the next play. I just have to stay efficient as a leader, being vocal in practice and pushing guys to improve.” he said. The point guard led the team with 17 points and four assists.

Redeemer Christian had a balanced attack as five players scored seven points or more, Powers had a team-high 19 points. Having more than one weapon on offense is beneficial for any team trying to make a playoff run and Redeemer head coach David Miller said the depth is the biggest strength of the team.

“We have a lot of unselfish guys who are willing to make the extra pass. A couple of guys didn’t have it tonight but other guys stepped up and I think that’s what’s going to be the key to our success throughout the season.” Miller said.

Both team will be back in action for the MCIAL Preseason Classic on Wednesday as Belleview will play Forest and Redeemer will go against Lake Weir.