Q & A with the candidates 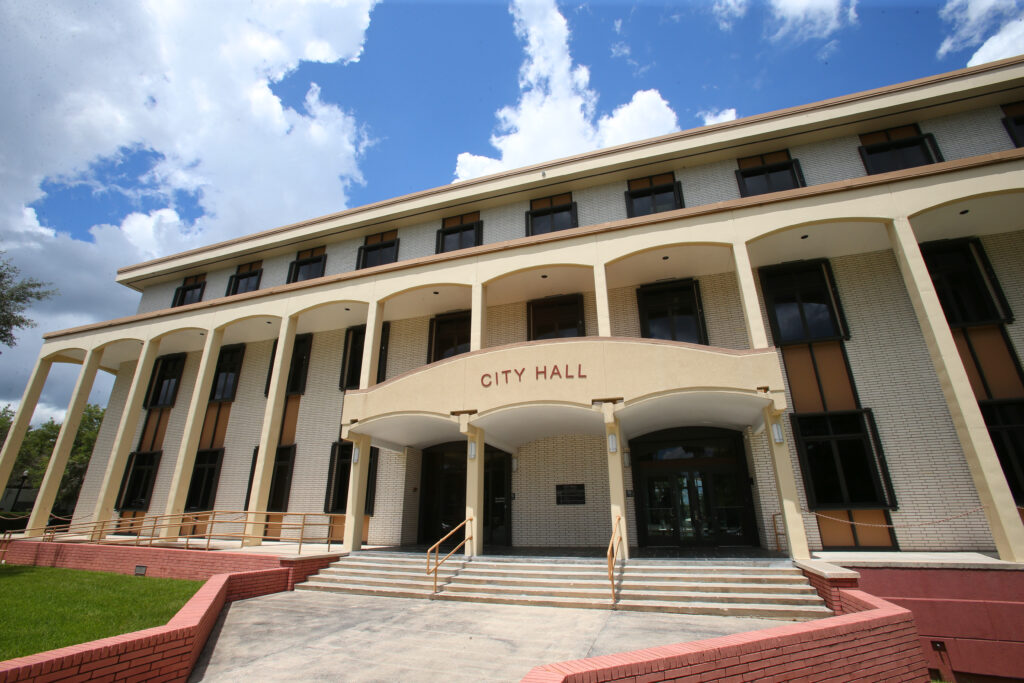 Editor’s Note: Leading up to the city election, we’ll be asking candidates to weigh in once a week on a question about city government. The candidates are given
almost a week to respond to the question in writing and we do not edit their answers.

How have you served our community through participation on local business and/or nonprofit boards? Please provide dates and in what capacity you served. 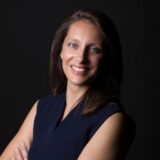 As a resident of the City of Ocala for 18 years, I have had the honor of serving alongside some of the best and brightest community leaders and stakeholders who were dedicated to making Ocala the best it could be through retaining its hometown charm.

GraceWay Academy is a non-denominational private Christian school where every aspect of the child’s education is based on Biblical truth.

“In August of 2016, The City of Ocala began a planning process to determine how and where to begin stimulating development and revitalization in Midtown. The city conducted a nine-month process to perform economic and planning research, engage the community, and develop a comprehensive revitalization plan for Midtown Ocala.” – Midtown Master Plan June 2017

Consisting of nine members appointed by City Council, OPHAB is responsible for issuing Certificates of Appropriateness for exterior work, advising City Council and other city boards on issues regarding the City’s historic resources, and educating the public on the economic benefits of historic preservation as well as federal, state and local law and policies.

Promotion of Downtown Ocala through special events, culture, and economic vitality with the goal of “creating a thriving, unique, and livable downtown that enriches the community, celebrates the arts, and promotes quality events to instill a sense of place in our community” – Ocala Main Street Vision

A CRA is publicly financed rebuilding of an older urban area distressed by social, physical, environmental or economic conditions that discourage private investment. The goal is to transform underutilized properties into productive assets to improve the community. 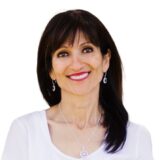 Ever since I can remember, I have been involved in many activities, always wanting to learn and contribute. My beloved parents modeled service. I have had the privilege to serve our community consistently for the last 35 years. My first organization (while pregnant) was the Jr. League of Ocala (1988). The Discovery Science Center was a passion for more than a decade (Chair). As I completed Leadership Ocala, I was selected as the class president and had a non-voting member role on the Chamber of Commerce board, by the end of that year I was asked to serve on the Executive Committee and after several years of service became Chair of the Chamber (2006); in 2008 I chaired the United Way Campaign, I have chaired Tasting Ocala & Dinner Theater multiple years for the College of Central Florida. I was the Major Donor Chair for the YMCA Capital Campaign (2013), I served on the boards of the EDC, PEF, March of Dimes, Florida Center for the Blind, Hospice, Girl Scouts, Toastmasters, Rotary, YMCA, and many other boards. In 2015 I received the license to host TEDxOcala and we are hosting our 7th event this year. I have chaired the AHA go Red for Women, International Women Day Chair (2018), International Day of Peace (2019), Ignite Chair (2020), and current chair of the AHA Heart Walk (2021). I was the first woman on the Suntrust Bank Board (now Truist) since 2005. I am a graduate of Leadership Florida (2012), and have served on the Downtown CRA Advisory Committee (2011), and this year I’m serving on the Culturally Responsive Learning Committee (2021), and have a personal development program in the FDOC since 2015. I am so fortunate to have had the opportunity to work and serve with so many great community leaders, including many community icons that have passed on. I love my city and plan to continue to serve. I also love that my husband and five children are also contributors. 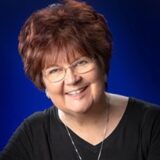 My 35+ year career uniquely spans the private sector as a banking executive in HR; the government sector as County Commissioner; and in the non-profit sector as Executive Director of the Community Foundation. Public service and civic engagement have been hallmarks of my career and that passion and commitment continues in my retirement. Per my banking mentor – dedicated civic engagement is about paying your “civic rent” for love of community. 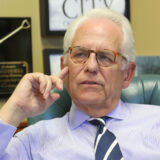 I have been in the Insurance business for the past 39 years. I served on the State Board of Directors for Children’s Home Society for 26 years, I chaired the Audit, Investment and Finance committee during that time. I’ve served on various boards over the years. Community Council Against Substance Abuse, Chamber of Commerce, Economic Development Council. National League of Cities, Arbitrator for Juvenile Alternative Services Program, Success by six leadership Committee.

I’ve served on City Council for 12 years, I was Council President for two of the 4 year terms. Obviously I currently serve as Mayor of the city. One thing I’ve found is you can serve many of the non-profits without serving on the board. I’ve used my position as a Councilman and Mayor to get many projects accomplished. 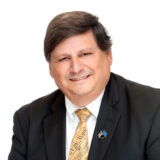 I’m currently active in the community serving on numerous boards and committees and with involvement in various civic organizations. I feel that my roll working within these organizations gives me the insight needed for achieving a successful balance of policy and procedures while maintaining a sound financial footing. Understanding this balance is essential to the productivity of the City Council.

I serve on the following board of directors:

In addition to these board positions I have served in the following capacities: 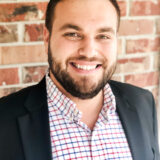 I have not served on any business or nonprofit boards in our Ocala community, as a newer resident I moved to Ocala as the place I wanted to raise my family with my wife. However, I do have a lot of leadership and philanthropic organization experience through previous roles I have held.

I do not own a business, like a large percentage of our residents here in Ocala, but I am a full time employee for a large healthcare company. I work in a skilled trade as a Software Engineer and have taken on leadership roles doing so. During my day to day work I manage four unique teams of developers to help achieve the business’ goals of enhancing health and improving the lives of our members.

In my undergraduate studies at the University of South Florida, I was an active member of a Fraternity. Trusted and elected by my peers of men, I held the leadership positions of Treasurer and Vice President. While I served as those I successfully managed the budget and finances of the organization and worked to restore our 501(c)(7) status with the IRS. As a Vice President I managed multiple committees and helped orchestrate an annual event benefiting our local campus’ Shriners Hospital for Children raising thousands of dollars on an annual basis.

I want to continue to serve others and help make a positive impact in our community. As a City Council member I would put the best interests of our City’s residents as top priority and want to ensure we continue growing as a great place for our children’s future. 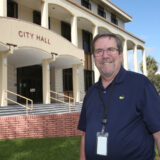 I have served on several boards of nonprofits over the years. I have been a member of the Kiwanis Club of Ocala for over 31 years and I am a Past President of the Club 1998-1999, I served as the Pancake Chairman in 1997 and was on the Board of Directors for the Club for two years. I also served as a Trustee for Camp Kiwanis in past periods during the 1990’s and early 2000’s. I served on the City of Ocala Code Enforcement Board from 1996-2012 when I resigned to run for City Council. I am also a past board member of Junior Achievement of North Florida from 1990-1998 and I volunteered to teach their 8th grade program at Blessed Trinity during that same time period.

During 1992-1993 I served on the Marion County State Housing Initiative Program (SHIP), and helped formulate local guidelines to implement the plan. I have been a Chamber Member for over 30 years which includes the current CEP.

In business I was part of the Executive team which started both Gateway Bank of Florida (Daytona) and Gateway Bank of Central Florida (Ocala). These were startup Banks and duties included site selection, vendor management, facilities construction, policies, procedures and the hiring of employees. I have also owned a retail/service business with my wife J&S Tanning from 2000 to 2015 when it was sold. 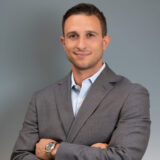 I have a very strong commitment to Ocala which is demonstrated through my time spent serving this community. I volunteer as a coach and serve as a team sponsor for the Big Sun Youth Soccer League. I believe extracurriculars are an important part of a child’s development. Helping to foster that development in Ocala’s youth through Big Sun has been an incredible opportunity. I also contribute to our community through our CEP. I have been a member since 2010 and my company presently is a Leadership Level Sponsor of the Chamber. Supporting our small business community is imperative for the growth and prosperity of Ocala’s people. I also have been a member of the YPO, focusing on creating growth and opportunities for the young professionals in Ocala. I am a fervent supporter of our local schools in fundraising efforts to provide exceptional education for our area students, most recently with donations to the Cornerstone School Capital Campaign and Day of Giving.

One area I am proudest of however would be the job creation and apprenticeship opportunities provided through my company, Central Florida Electric, CFE. Through our inhouse company training program we have helped to provide invaluable on the job training for over 350 people over the last 10 years alone. Furthermore, CFE has paid the tuition and textbook costs for an additional 65 aspiring electricians to attend the FEA Tri-County Apprenticeship program & the I.E.C. Florida West Coast Apprenticeship Program. This has come at an investment of over $30,000 in sponsorship costs that has helped provide lifelong careers in valuable and needed trades right here in Ocala.