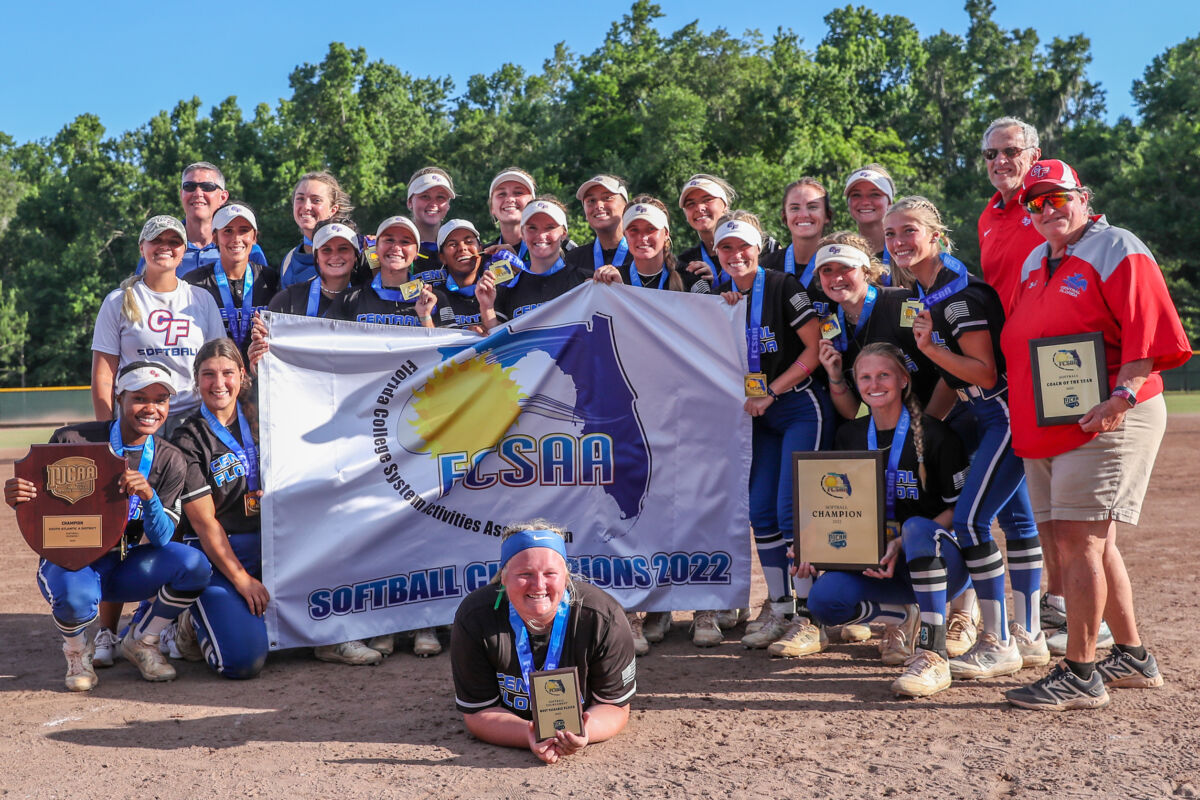 The CF Patriots capped a dominating weekend by defeating Mid-Florida Conference rival Seminole State College, 10-2, to the win the FCSAA Softball Championship. The FCSAA title was accompanied by the NJCAA South Atlantic District A Championship and a berth in the NJCAA Division I Softball Championships in Yuma, Ariz. The Patriots will be joined at the tournament by Florida SouthWestern State College, who won three straight elimination games to claim the NJCAA South Atlantic District B Championship. [Photo By Simone Amaduzzi/ProSports Visuals]

The Lady Patriots will advance to the NJCAA Division I National Tournament held in Yuma, Arizona, beginning on May 24.

“We are extremely proud of our baseball and softball athletes for their accomplishments this season,” said Dr. James Henningsen, president of CF. “It’s an incredible achievement for both teams to win the state championships, but even more impressive is that the student-athletes also excelled in the classroom with an average GPA of 3.2 for both teams.”

“That speaks to how we support our students as they excel in the field, in the classroom and in the community,” he added.

This was CF’s fifth matchup of the season versus inter-conference foe Seminole State. The Lady Patriots had bested the Raiders three out of four times during the regular season.

Seminole State clawed back into the game with one run in the bottom of the second inning. But CF responded, scoring two more runs in the top of third.

In the bottom of the third, Seminole State scored their second and final run of the game. The Patriots led the Raiders 5-2 after three innings.

Savannah Barnett closed out the rest of the game from the mound, pitching her third complete game of the tournament, striking out nine batters while only giving up four hits and two runs (one earned).

The Patriots scored five more runs in the seventh inning, which put the game firmly out of the Raiders’ reach, 10-2

Cohen and Roberts, respectively, scored one run a piece on back-to-back doubles. Meyer added two runs with a shot to center field. Gabbie Haas drove in the fifth and final run of the inning with a single to left field, scoring Abbey O’Conner from second, who re-entered the game after Alyssa Adams crushed a double to right field.