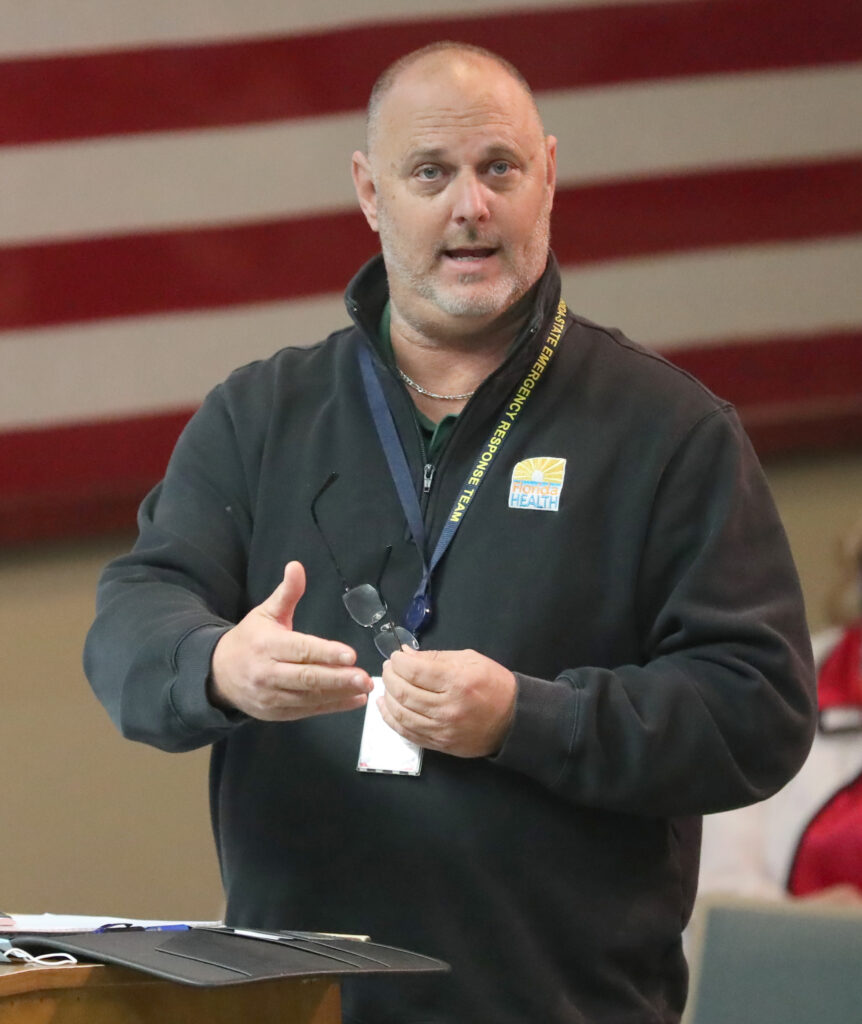 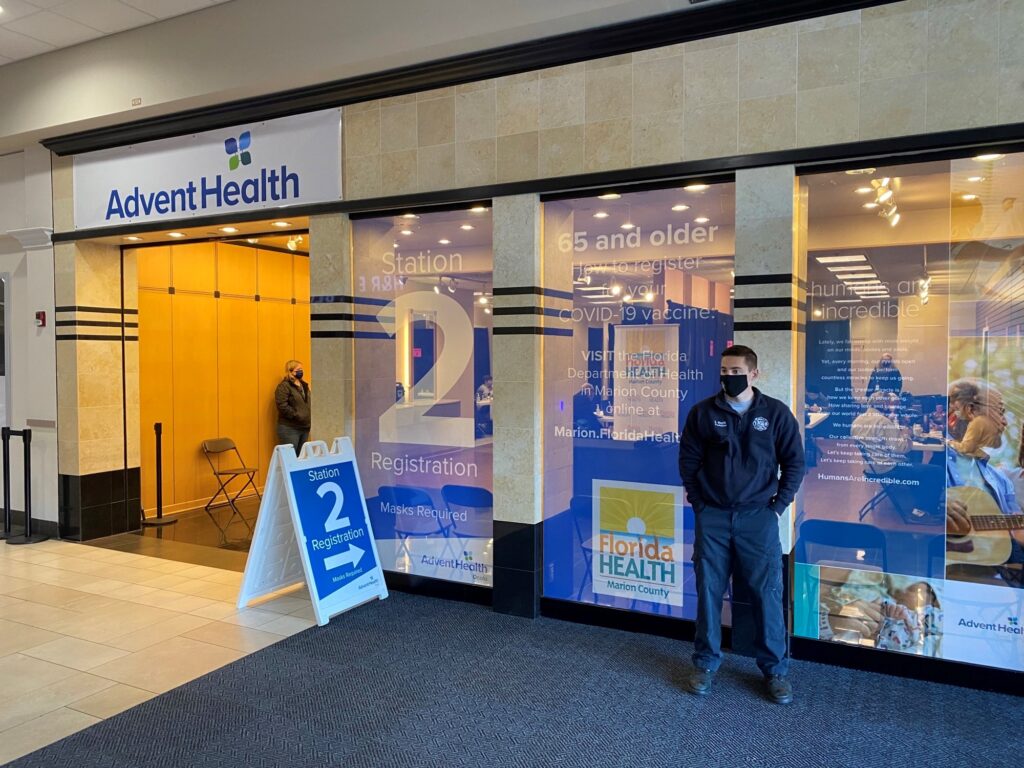 The entrance to the newly opened vaccine center at the Paddock Mall is shown on Tuesday.

Malls were one of many places of business that took a beating from COVID-19.
But now, in Marion County, the Paddock Mall is a sign of hope.
The Florida Department of Health in Marion County, Marion County Fire Rescue and Sheriff’s Office and Ocala Fire Rescue and Police partnered with AdventHealth Ocala to open a mass vaccination site at the Paddock Mall starting at 8 a.m. on Tuesday. These vaccinations are still by appointment only.
“The past 10 months have been filled with tremendous adversity and challenges for our team members and community, but the arrival of the COVID-19 vaccine provides us all with optimism and hope for the future,” Joe Johnson, president and CEO of AdventHealth Ocala, said in a release. “By partnering with the many agencies involved, we’re able to extend our services to help care for the most vulnerable in our community, and that’s why we are here – to serve.”
Florida Department of Health in Marion County administrator Mark Lander said at Tuesday’s county commission meeting that the mall site was scheduled to distribute “about” 570 vaccines on Tuesday. The goal is to work up to administering 1,000 people a day at the mall site alone, but that depends on vaccine availability. Lander said that they were running at 80 vaccines per hour Tuesday morning and can increase that to 120. 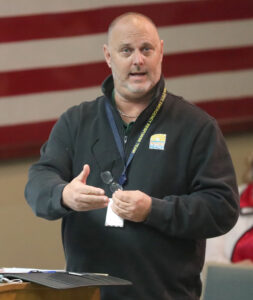 Vaccine supply is still an issue, as Lander said that the county received 2,925 doses for this week, the same number that it has received the last three weeks. During Lander’s presentation, he mentioned that the county has administered 17,327 vaccinations.
Marion County has also had nearly 2,000 second doses. Lander stated that the county received a second-dose shipment that will start being used next week.
“I verified this morning, and I was told my second doses are coming next week to get who we started off with our Moderna vaccinations,” Lander said. “So that’s good news we’re getting those second doses out into the community as well.”
To assist with the vaccinations, the county is using four strike teams from the state consisting of one registered nurse and four certified nursing assistants per team for a total of 20 people. Lander said that they have the strike teams for the next eight weeks and have already asked for an extension.
“They came in yesterday, we did a walkthrough at the mall with their leadership, and then all 20 of them reported to the mall this morning,” Lander said. “They’re giving vaccines and working right now.”
The county is still working through the list of more than 50,000 people who initially signed up for an appointment for the vaccine. Lander noted that while some people still have not heard back from the county regarding setting up an appointment, they will be sending an email every Monday to anyone who is still on the list but hasn’t received a call.
The county can still only schedule 3,000 appointments per week because it can only schedule as many appointments as it has vaccines.
“Appointments are assigned based on vaccine availability,” Lander said. “In other words, we know we got 3,000 vaccines, 2,925. I’m going to make 2,925 appointments and then get ready to start scheduling into that next week on the assumption that we’re going to get the 2,925.”