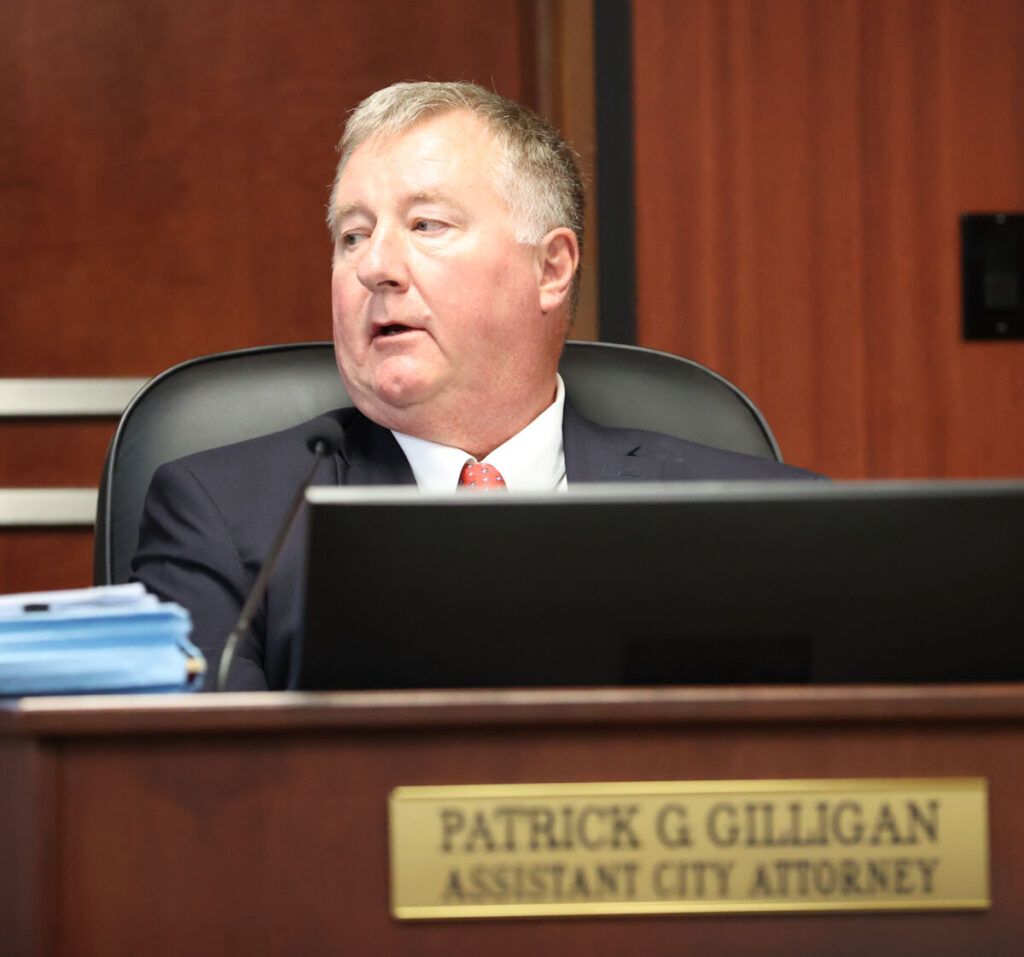 The clock is ticking for Ocala to find someone to launch its new in-house legal department.

Last March, the Ocala City Council departed from its 30-year history of retaining the same private law firm to provide legal services and instructed city management to start the process of building an in-house legal department.

The contract for the current city attorneys–Robert Batsel, Jr., Jimmy Gooding, and Patrick Gilligan—ends on Oct. 1. Batsel and Gooding had announced last year that they would be splitting off from the firm, now called Gilligan, Anderson & Phelan, P.A., and focusing primarily on representing their developer clients. They would continue, however, to share office space with their former firm and finish their contract with the city.

The current contract paid the law firm approximately $1 million per year. The city expects to spend $1 million annually on the new in-house team, including a salary of $190,000 to $210,000 for the lead attorney.

On May 2, the council hired the firm Colin Baenziger & Associates to find several choices for lead in-house city attorney. The lead attorney hired by the council would then be responsible for building the rest of the city’s legal department. The recruiters were to meet with city council and the city manager to determine the knowledge, skills, abilities and other attributes they would be looking for in any candidate for the position.

The firm, which is being paid $42,000 for its efforts, proposed recruiting efforts that would yield “six to 10 outstanding semi-finalists.”

The recruiter’s outreach approaches were networking primarily through its own database. The firm felt that this resulted in the best results because “often excellent candidates are reluctant to respond to advertisements because doing so may alienate their current employers. When we approach them, their credentials are enhanced rather than diminished. We also use LinkedIn as a source of candidates.”

The firm indicated it would not advertise in “local, newspapers, national newspapers or generic websites because while they produce large numbers of applications, they generally do not produce the caliber of candidates we are seeking.”

According to website postings with the Florida Bar and Florida City and County Management Association on or around June 23, the job had been posted with a deadline to apply by July 15. A recruitment brochure for the position could also be found on Florida League of Cities website.

Other than possibly word of mouth, there seems to be little promotion of the position locally.

As of July 7, neither the city nor the recruiter had reached out to the local Marion County Bar Association for help getting the word out. Following an inquiry by the Gazette, the local bar association sent out an email to local attorneys on July 8.

As of July 7, the position had not been posted on the city’s website. Watt said it would be posted when the Gazette asked about it. Also, as of July 7, the job was not posted to indeed.com or jobs.com or any of the other mainstream job platforms that the Gazette could find.

The Gazette confirmed that the recruiter had also not reached out to the City, County and Local Government Law Section of the Florida Bar to post the job on their website. The recruiter said they didn’t because they had greater success working with the Florida Municipal Attorneys Association in the past.

On July 11, the recruiter, Colin Baenziger wrote by email updating the city council that there had only been two applications, but that he hoped that there would be a few last minute before the deadline.

“As you know, we do not expect a huge number of applicants.  Unlike City Manager searches, the candidate pool for City Attorneys is small.  A candidate needs to be licensed to practice in Florida and need experience in local government law.  There simply are not a large number of people who meet those criteria,” Baenziger wrote in the email.

What happens if there are no candidates at the end of the search period? Will the deadline be extended? Will the current firm continue serving at least until its contract expires Oct. 1, and possibly longer?

Christopher J. Watt, Esq., Interim Chief of Staff, told the Gazette that if there were not enough candidates after July 15 that his advice would be expand the search and extend the recruiting timeline.

The recruitment brochure that has been created for the job can be read using this link. The brochure aims to provide information about what candidates could expect moving to the area and describes city council as “fiscally conservative” yet “progressive” and congenial with each other.

The position calls for a candidate who can “work diligently to protect the legal interests and assets of the City while seeking the most effective solution to a problem, even if it involves some risk.”

According to the brochure, the ideal candidate is someone who will be well-liked by city staff, city council and the public. Someone who “understands politics” but will not participate in them. Someone who will provide solutions rather than just tell staff or council something cannot be done. Someone who will be “responsive and knowledgeable, generally already knowing the answer to questions before they are posed,” and if the answer is not known be prompt to do research and provide an answer.

“The emphasis will consist of being a facilitative attorney–rather than a prescriptive attorney–and someone who will work with people to accomplish their ends within the law and on finding solutions,’’ the brochure reads. “In other words, the individual will tell people how to get things done, rather than saying something cannot be accomplished. For example, if a staff member wants to do something, the answer will not be, “Sorry, but that won’t work.” Rather, the response should be, “Well, we really can’t do X. But if we do Y, we can get you to where you want to go.” Simply stated, it will be important for the candidate to aggressively seek solutions. If one wants to practice preventive law and operate solely within the confines of past practice and precedent, it would be best to seek a position other than being Ocala’s City Attorney.”

The second challenge would be to establish policies and “standard operating procedures, with the anticipation that the new City Attorney will review current practices before replacing or modifying as he/she deems appropriate.”

The recruitment brochure requires the candidate have a Juris Doctor (J.D.) degree and be licensed to practice law in Florida with “ten years of increasingly responsible experience in management and the practice of law (preferably municipal) is desired. Experience in zoning and land use is necessary while trial experience is highly desirable.”

Any candidates interested in applying should reach out to Stephen Sorrell project manager for the recruitment contract at Colin Baenziger & Associates via phone (561) 707-3537 or (513) 317-9678, or by email to sorrellsorrell989@gmail.com or Recruit33@cb-asso.com by July 15.