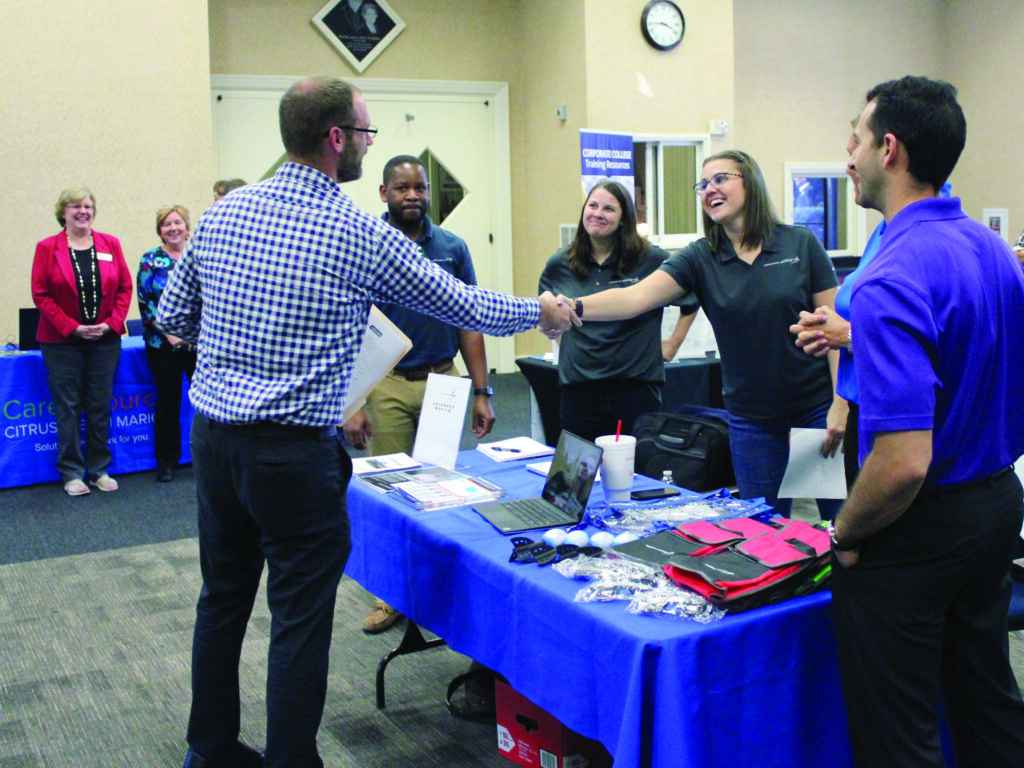 CareerSource Citrus Levy Marion’s Chief Executive Officer Rusty Skinner noted in a prepared statement that there is no cause for concern in the slight reductions in labor force and employment.

“This is not uncommon for October, which is somewhat of a transitional month for employment,” Skinner stated in the news release. “The jumps in unemployment are reflective of the expansion of the labor force—more looking for work than the economy is absorbing with employment. This is not necessarily a negative in a rebounding economy.”

This photo was take prior to COVID-19. Currently, only virtual job fairs are being held. Photo courtesy CareerSource Citrus Levy Marion.

According to the preliminary jobs data for October, released by the Florida Department of Economic Opportunity, Levy County continues to hold the lowest jobless rate in the region at 4.9 percent, up 0.4 percentage point over the month; followed by Marion County at 5.6 percent, an increase of 0.3 percentage point; and Citrus County at 6.5 percent, 0.2 percentage point higher than the September rate.

Florida’s not seasonally adjusted jobless rate—a measure that matches the way local rates are calculated—was 6.4 percent, 0.8 percentage point lower than the previous month and an increase of 3.6 percent over the year.

“We see the beginnings of holiday season hiring appearing in Marion and Levy counties,” Skinner noted in the release. “Also, over the year, Marion’s labor force and employment growth reflect the efforts of the CEP (Ocala/Marion County Chamber and Economic Partnership) in bringing new businesses to Marion County.”

Both industry sectors grew faster in the metro area than statewide over the year, along with mining, logging and construction, which grew by grew by 3.4 percent (+300 jobs).