Ocalan worries for family in Ukraine 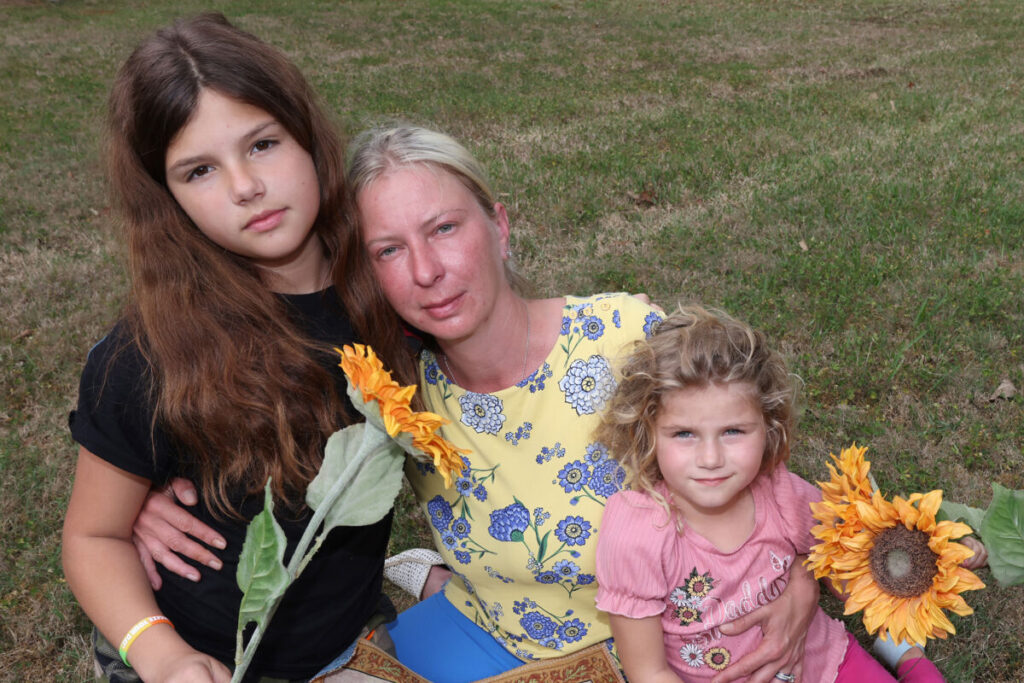 Maryna Lumia, center, who moved to the United States from Ukraine in 2004, poses with her daughters, Mia, 11, left, and Lia, 6, as they hold sunflowers, the national flower of Ukraine, at their home in southwest Ocala on March 7. [Bruce Ackerman/Ocala Gazette] 2022.

Maryna Lumia, 41, lives in Ocala with her four children, but most of her family and friends are still in her home country of Ukraine, which has recently become a battleground against an invading Russian force, with many of Lumia’s loved ones caught in the crossfire.

Lumia was born in Boyarka, Ukraine, and lived in Kyiv until coming to the United States in 2004. While her family must choose to either stay at home or flee the country, Lumia has taken up her own fight here in Ocala to support her family in danger overseas.

“I just need to figure out how to keep my mind strong,” Lumia said. “There’s seven hours difference with Ukraine, and I don’t sleep.”

Her brother, along with his wife and four children, faced food shortages, bombing and fire during the initial attacks, Lumia said. They would soon leave their home with one bag, taking only the neccessities such as winter jackets to keep them warm in the snow, knowing that returning home would not be an option.

According to Lumia, on the morning of Feb. 25, her brother decided that he and his family needed to leave Ukraine as soon as possible. To protect her family’s safety, Lumia did not disclose where her brother’s family is now located but said that they have safely crossed over the Ukrainian border.

Lumia said she is attempting to help him with the process of applying for a visa so that he and his family might eventually be able to come to the United States.

“[It’s] just scary as a parent to not provide for your child —their safety,” Lumia said. “I think that was [their] motivation to leave. I was begging them to leave so I can provide them a safe place. I was just hoping there’s any way I can find a way to get him, maybe [to] Romania and just fly him here and fill out whatever documents we need to fill out.”

While Lumia anxiously awaits news from her relatives, she said she must continue her everyday responsibilities of looking after her children and animals, adding that she had the difficult task of explaing to her children, who range in age from 6 to 14 years old, what was happening in Ukraine, and the dangerous situation her family and friends were currenly experiencing.

“I just said that they [are] in danger and they got bombed, and hopefully some of the family will come here and we’re going to have more family together,” Lumia said.

In the meantime, while she waits for her relatives to arrive, Lumia said she encouraged her children to be loving and to show compassion.

“I just asked them to be nice and kind to each other, and you know, not fight over little things and be considerate,” Lumia said.

She discouraged others from spreading hate, regardless of the war and violence that have ensued.

“I have a lot of friends that are Russian,” Lumia said. “I just want to give a message that I just want everybody [to] be kind, and not say hurtful words, because that’s not helping.”

She said that she worries for her children at this time and feels like she can’t be present for them while always thinking of the safety of her family in Ukraine.

“As a mother I feel like I’m failing because…I can’t concentrate and spend time laughing with them or playing,” Lumia said. 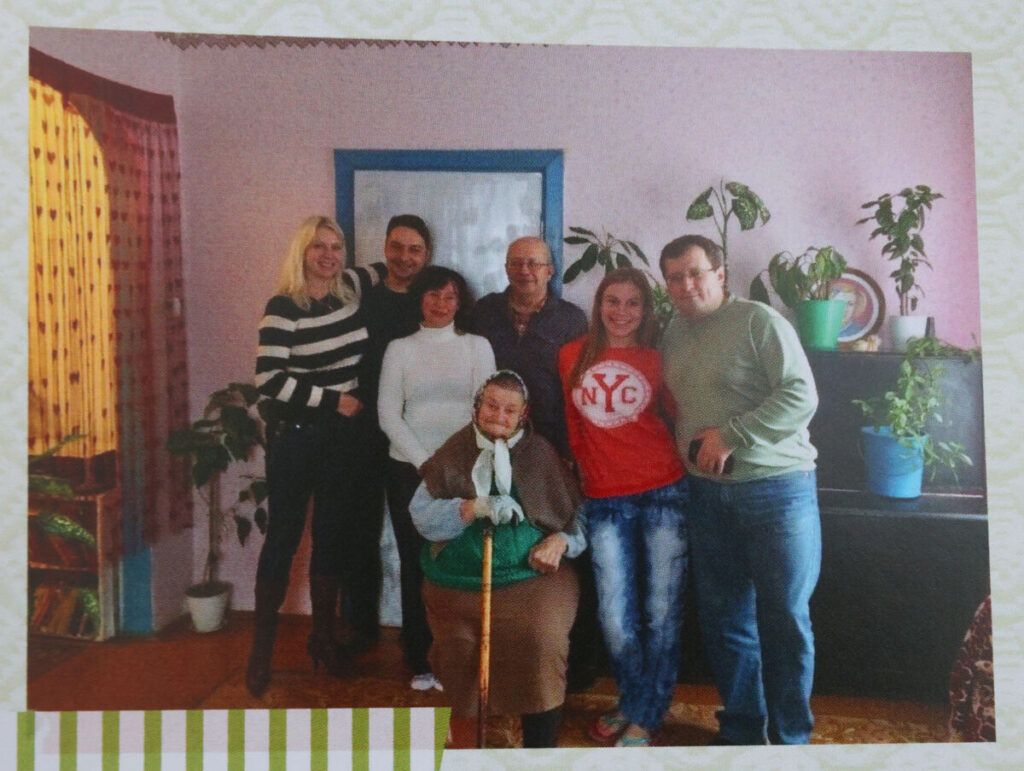 Maryna Lumia is shown in an old family photo taken in Ukraine with her brother and her father and other family members. [Bruce Ackerman/Ocala Gazette] 2022.

Friend and former neighbor Amy Stetzer, 52, has been helping Lumia around the house, looking after Lumia’s horses and her dog, as well as occasionally babysitting two of her children.

“We used to be neighbors, and that’s how our friendship started,” Stetzer said. “She’s very distraught over everything that’s going on in Ukraine, obviously, so I’ve been just trying to help her out.”

Stetzer said that she had gotten to know Lumia’s father during the time he spent visiting his family in Ocala during summers.

“I’ve never met her brother, but I’ve met her dad,” Stetzer said. “We always had really good conversations and we’ve talked about war in Ukraine, and what he’s been through.”

Unlike Lumia’s brother, her father, who works as a professor, has decided to stay in Ukraine; she said that he did not want to abandon his students and colleagues.

“With my dad, I just hope that I can send money…and just hope that some supplies would be left,” Lumia said. “He doesn’t want to leave, so I really don’t know.”

In addition to the money she sends to her family, Lumia and her friends have been donating and shipping supplies to aid Ukrainians for many years, specifically for children without families.

“A lot of my American friends [have] been donating some clothes and toys and stuff like that, and we’ve been sending to Ukraine during a lot of years…to help the people there,” said Lumia.

Not only is the war in Ukraine hard for those in the country, Lumia explained, but it is also hard for those who have gotten out and feel as if there is nothing they can do to help.

“We already went through so many things in our lives, and I just don’t know why they are happening,” said Lumia. “You know it says that God gives you only what you can take? I just don’t know how much I can take anymore.”

Before Lumia could say more, she said she could see a rainbow taking shape in the sky outside her window.

“I see a rainbow…right now,” Lumia said. “You know [the] rainbow is a sign of the good news? I hope so—I hope so.”