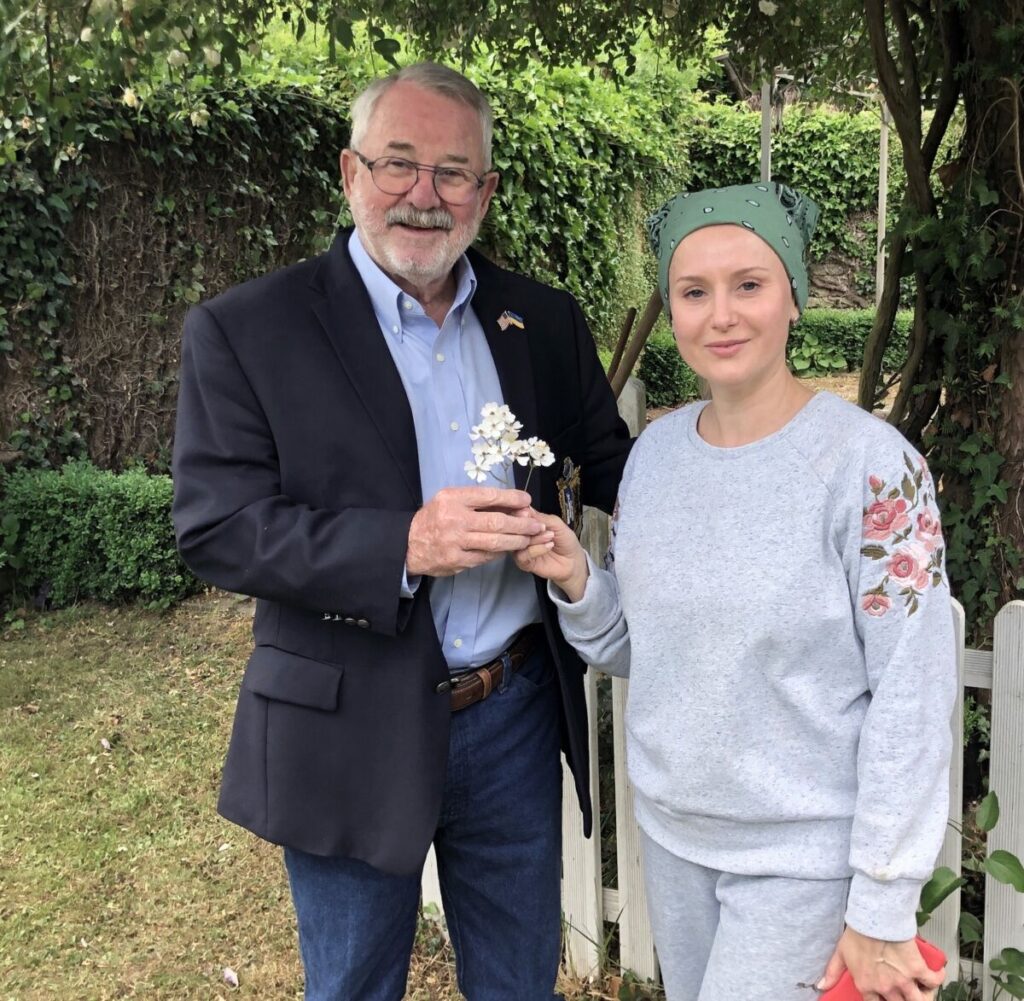 Local attorney Bruce Kaster knows the 1,000-mile stare when he sees it.

Kaster, hailed as an expert in vehicle tire defects and known for his work on behalf of victims of faulty Firestone tires in the early 2000s, is spearheading a local effort to aid victims of the war in Ukraine through the Odessa Relief Fund. Kaster set up the fund in June after he visited Ukraine in May. He said he received hugs and thanks when he wore a cap with an American flag during a visit to Odessa.

“I’ve seen the victims firsthand. This is a life and death situation. These people have had their cities bombed and often have nothing except the shirts on their backs,” Kaster said in a recent interview in his downtown Ocala office.

The relief fund’s administration is all volunteer, so 100% of donations go to support the nonprofit outreach Your City, which is located in Odessa in southern Ukraine and helps war victims. Your City is run by Inna Germaneau and Igor Fedin with a hand full of volunteers, according to odessarelief.com

“Many refugees from the bombed areas have been resettled in Odessa and came to…Your City, a lot of mothers with children,” Germaneau wrote in a Dec. 8 email to the Gazette. She explained that Odessa is being struck by bombs, but “not as strong as other areas.” 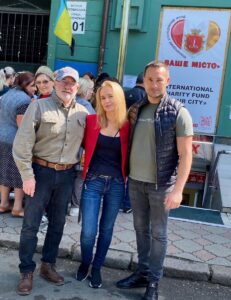 “We are currently working in tight conditions in Odessa without electricity, water and often without a telephone network,” Germaneau stated.

Your City helps mothers and their children with needs such as diapers, which in Ukraine are currently the equal of about $800 per package, the website states.

Your City has partnered with pharmaceutical chains in Odessa and, with the support of global partners, is providing lifesaving prescription medicine to refugees, according to the website. Your City dispenses, for free, at least 200 named drugs that are used to treat cardiovascular, diabetes, respiratory ailments, thyroid and many other health conditions and provides medicines for a nearby orphanage and assisted living facility.

“We are a social pharmacy… and help about 500 people per week in two offices,” Germaneau stated, and added that a project in the planning stages involves offering doctor visits.

“Though it’s all happening somewhere far away, and we don’t wake up from explosions here in Ocala, WWII has shown us that if tyranny and aggression are allowed to win, we all will suffer the consequences,” Riabtseva stated in an email.

“Our family came to the U.S. only a year ago and our connections with Ukraine are very strong. Everybody we know there is sacrificing everything for the victory and appreciating all the help that the civilized world provides to Ukraine,” she wrote.

“(By) donating to Odessa Relief Fund… you make your own contribution in preventing Russia from winning this war, from defeating Ukrainians, from spreading this destructive aggression further and further, Riabtseva stated. 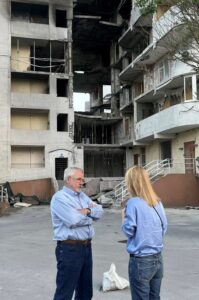 Kaster’s visit to Odessa in May, “to see firsthand” the plight of war victims and the work of Your City, traces back to his father’s service in World War II in Germany, including in the Battle of the Bulge. His father encountered the walled city of Kaster in Germany, the Kaster family ancestral home. Bruce Kaster has a home in Kaster and travels there annually with his wife, Sue, who said she knows helping the war victims is important to her husband.

Bruce Kaster learned about the Your City outreach through a friend in Kaster who is a diplomat.

“Bruce Kaster is doing a big job helping to raise money for the fund among Ocala residents. We want to thank everyone for your support and strongly believe that light will overcome darkness and we’ll see Ukraine as a peaceful and prosperous country again,” Riabtseva wrote.