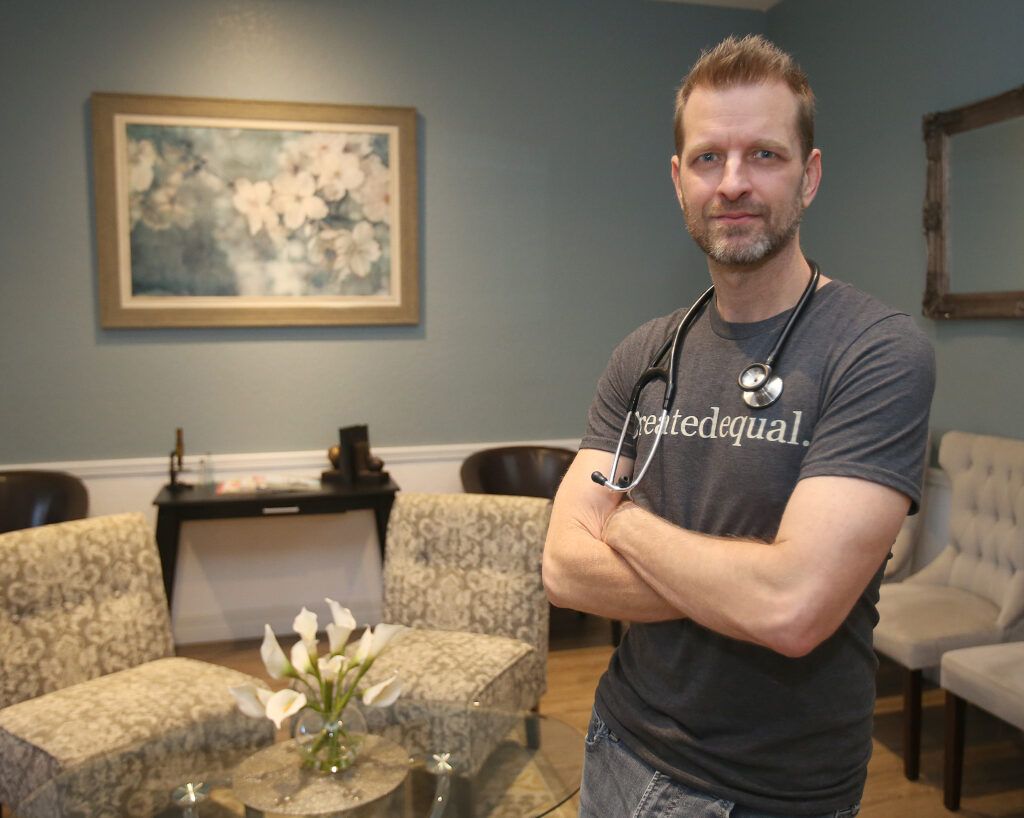 But the posts, on his Trinity Clinic page, quickly turned into a running source of information not easily found anywhere else, including the number of patients hospitalized with COVID-19 at county hospitals.

“We were plugged into the local response very early on,” said Kuhn. “In those early days we were hearing horror stories out of New York and Italy. At that point we learned the importance of thinking local and raising awareness of what was going on locally.”

Through April and into May, Marion County avoided widespread outbreaks. Then in mid-June, local cases started rising. Kuhn’s wife, Susie, noticed the trend and he started using graphics to better illustrate it.

The daily chart keeps a running total of the number of active COVID-19 hospitalizations in the county, the positivity rate and total positive cases. It also gives daily statistics, including a breakdown of the number of patients in the hospital. On Dec. 29, there were 121 people hospitalized in Marion County at the area’s three COVID-19 wards. Twenty of those patients were in the ICU.

Despite the troubling numbers, he said the medical community, including the area hospitals, did not push back on him publishing the numbers.

“I have had no resistance. Doctors are glad that I’m doing this. They want the community to know and have that level of transparency to help reassure the public,” Kuhn said.

He said support from the public is overwhelming.

“We created a safe online space where thousands of people are able to find the support and encouragement that they may need while getting the most comprehensive information that I can get as a doctor,” Kuhn said.

Over the summer, when cases first started rising locally, Kuhn wrote a letter to the Ocala City Council asking it to pass a face mask mandate. He asked fellow health care workers to also sign the letter.

“Within 48 hours we had more than 500 signatures. We knew that the stakes were very high. We had to make an effort,” Kuhn said.

In August, the city did pass a mask ordinance. While it does not require residents to wear masks, it does require businesses to encourage mask wearing at their establishments. There are no fines connected with the ordinance.

“Even though it was not a strong ordinance, it helped spread awareness. I think the mask ordinance had a lot to do with numbers going down,” Kuhn said.

Kuhn, a native of Ocala, has practiced at Trinity Clinic for almost 10 years. He said he plans to keep the daily updates going until there is a high-level of herd immunity established locally.

“We’ll stop when we know the hospitals will never be in jeopardy of being overwhelmed,” he said.

That could take months.