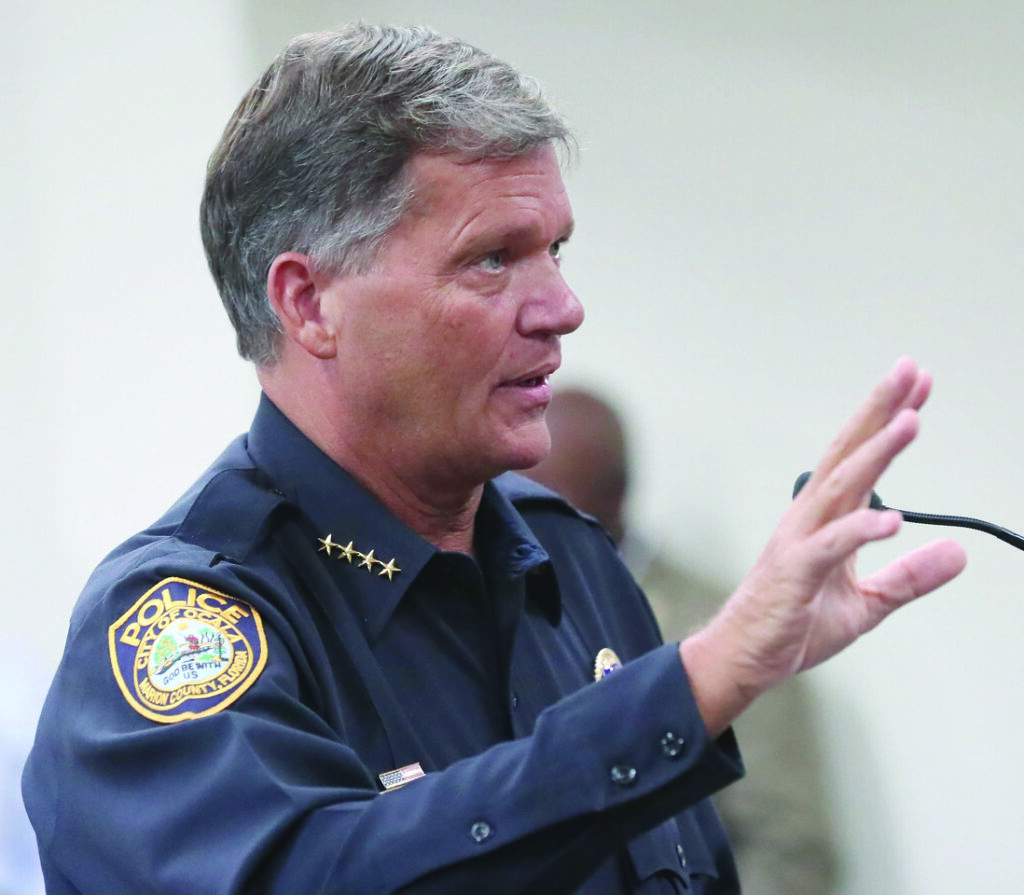 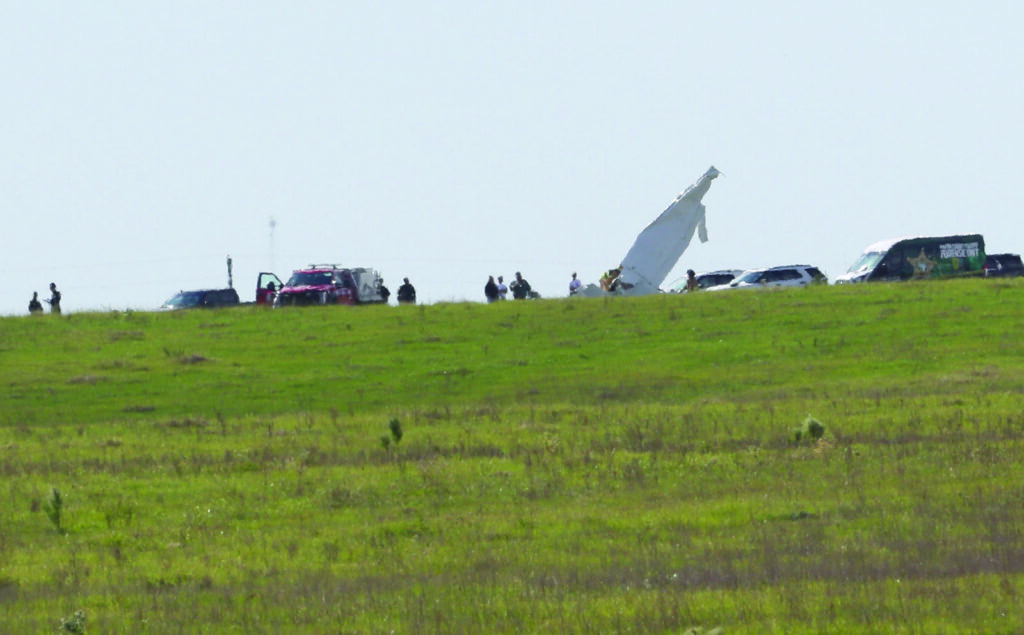 Emergency workers work at the scene.

Federal investigators have issued a preliminary report about the airplane crash that killed former Ocala Police Chief Greg Graham last month, but they have not determined what caused the crash near Dunnellon.

The preliminary report from the National Transportation Safety Board mostly details Graham’s route, based on radar readings, after he took off around 10:34 that Sunday morning from Back Archers Airport in Belleview in his 1966 Cessna 172H single-engine plane. NTSB spokesman Terry Williams said there has not been any determination as to the cause of the crash and that it could take a year or more to identify the actual cause.

The NTSB said Graham took off and flew over Lake Weir before turning west and heading toward the Marion County Airport, also known as the Dunnellon airport. He was flying at 1,250-1,300 feet when at 10:38 a.m. Graham began a slow decent to 900 feet before climbing back to 1,000 feet, the report states.

The plane then crashed into a large open field along Southwest 140th a mile northeast of the Dunnellon airport. Investigators say the plane traveled about 120 feet after impact, and there was no fire after the crash. Both wings were still attached when the plane came to rest, although they had extensive damage from the impact, and the left fuel tank was breached. The tail section was “folded over” the plane from the impact, the report states.

Investigators did find “heavy corrosion” in the bowl and the filter screen of the fuel strainer but gave no indication if this was a contributing factor.

The engine was partially separated from the plane and sitting next to the Cessna when investigators arrived. The engine was examined, and investigators said all cylinders were tested and found to produce compression, except for the No. 6 cylinder, which investigators said sustained damage upon impact. The carburetor separated from the engine upon impact, yet it was taken apart and there also “was a small amount” of corrosion observed in the fuel bowl and the carburetor inlet screen.

The NTSB said the Cessna had an electronic engine data monitor, which investigators removed to download the data in hopes it will yield some clues to the crash.