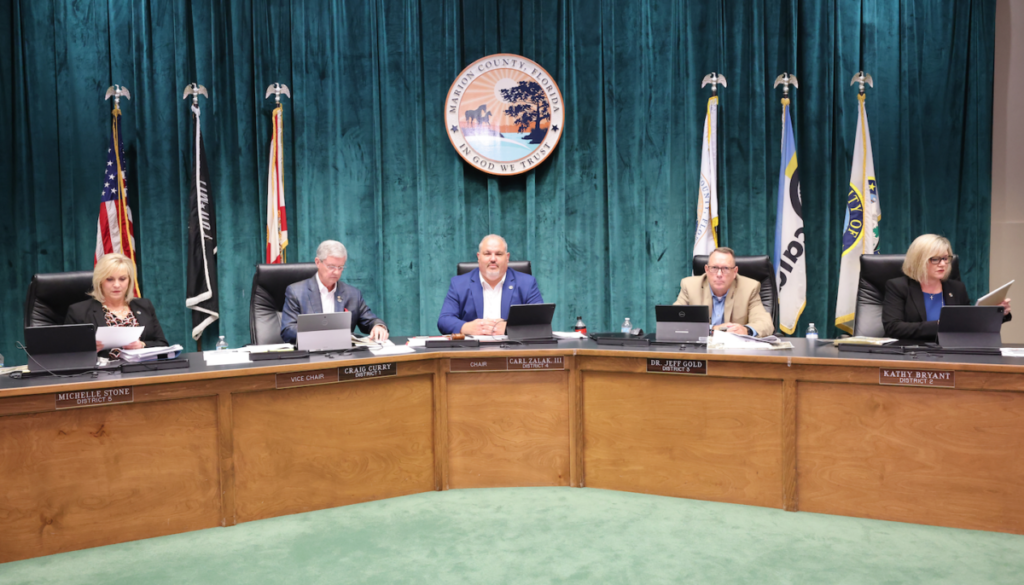 Marion County’s Urban Growth Boundary (UGB) does not need to be expanded because the county has enough vacant land within its boundaries to meet the highest estimated housing needs through 2050.

That UGB helps county officials condense urban development when considering growth decisions and plan for providing essential services like fire, police, utilities and schools to the developments they do approve. Efforts to keep urban development inside the boundary helps reduce urban sprawl.

That’s the major takeaway from Tuesday’s County Commission Workshop on its Urban Growth Boundary, scheduled following a May 9th meeting during which the Board said it wanted to learn more about how to effectively promote growth development within it.

County Growth Services Director Earl Hahn told the Board Marion County’s existing UGB includes almost 200 square miles and nearly 125,000 acres of land. More than 55,000 acres of that land is undeveloped and has a development potential of 151,357 dwelling or housing units.

Using the number of people that are shown in the population estimates, and dividing it by the number of persons per household, which is calculated by 2.4, gives the maximum amount of dwelling units that a UBG or specific area is expected to have, he said.

Even at the highest population growth estimates in 2045, that’s only 48 percent of the supply, he explained.

“So, what does that tell us,” Hahn said. “That when we talk about that policy that says you need to be able to show demand in order to modify the growth boundaries, there’s no demand for it.”

“Now that’s a totally different question from whether the densities and intensities are located in the right place, but I think that’s what we need to be focusing on,” he said. “It’s very clear from this day, that we have way enough land to be able to accommodate growth to 2050 and the future.”

Other issues regarding the UGB discussed during the meeting included:

Commission Chair Carl Zalak III said: “But we do, we should; we should put it in there and then if you opt out of it because later on it becomes not the right call, then you can get that decision.”

“I think that when we are looking at approvals that we have an idea of even of the land use portion of it, of what they are going to be bringing to us,” said Bryant. “And there should be a financial assessment done and some conversation had with both public safety entities…as to what does this mean in capacity and manpower and what are you going to have to add to accommodate this development.”

“And then make sure it’s going to fund them in the added value in the land,” she said. “I think these are things that we need to know; are we taxing our system.”

“That area is a major watershed for Silver Springs,” he said. “It’s out of the Urban Growth Boundary for good reason; I think it needs to stay out.”

“I don’t want to see that area lost,” said Curry, who also brought up concerns about decreasing lot lines in residential subdivisions during the meeting.

Zalak said he thought the Board need to address in some form or fashion in the future Silver Springs Shores and Marion Oaks because while they are certainly outside the Urban Growth Boundary, they are developed like they are within it.

Zalak said if Curry doesn’t want to see any development in the Shady area, the commission should bring back a proposal to do something with it.

“At least have that conversation,” he said.