Noted athlete and horseman dies at 75

Freddie Hyatt was known for his prowess on the athletic field and as an equine breeder and trainer. 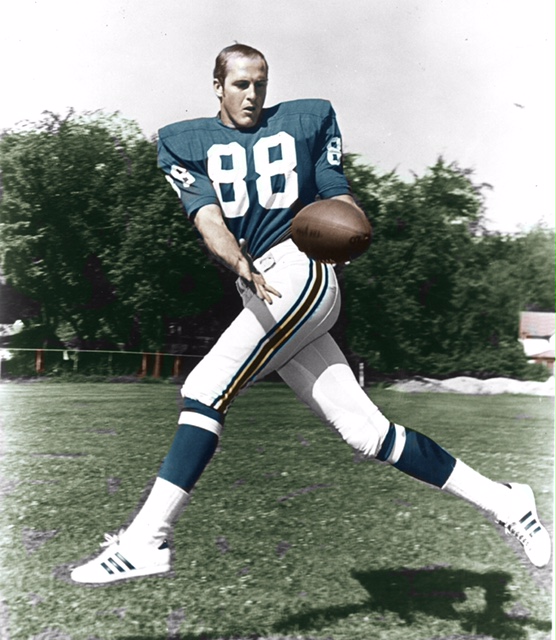 Freddie Hyatt’s career as a National Football League wide receiver ended roughly 50 years ago, but, even so, the former All-American standout at Auburn University still received fan mail and requests for his autograph each week at the Morriston horse farm he shared with his wife, Dori.

He gladly answered every single request, whether it was from an Auburn Tiger alumnus, or a St. Louis Cardinals, New Orleans Saints or Washington Redskins fan, the teams he played for during his six seasons with the NFL beginning in 1968.

Sadly, Hyatt passed away unexpectedly following open heart surgery June 27 in Ocala. The day before what would have been his 76th birthday.

“The surgery went well, but the doctor couldn’t get his heart to start back up or respond,” said Dori Morgan Hyatt, Freddie’s wife of 25 years. “I’m still in shock. My world just fell out under me when the doctor came and told me he wasn’t going to make it.”

A perennial jokester and lifelong storyteller, Hyatt, who became a widely respected thoroughbred breeder and trainer following his NFL career, was all happy-go-lucky as he was being whisked away to surgery, she said.

“He was always larger than life. He was joking with the nurses as they were taking him down the hall,” said Morgan Hyatt. “The last thing he told me was that he wanted cake on his birthday, and I said, ‘Okay.’”

“I’m heartbroken and torn. I feel like half my soul has been ripped out of my gut,” she said.

Freddie Phillip Hyatt was born June 28, 1946, in Roanoke, Alabama, and tragically lost his mother when he was just 8 years old. Following her death, he was sometimes shuffled between family members.

“He grew up dirt poor. His house didn’t have electricity and the family didn’t even have a car,” said Morgan Hyatt. “The family plowed with a mule.”

“But he was never ashamed of his upbringing – he never needed fancy cars or fancy things,” she added. “He was proud of his country roots and was always a country boy at heart.”

As a kid, Freddie earned money breaking in mules and horses for neighbors and showcasing their abilities to prospective buyers, which fanned his passion for all animals, especially horses.

As a teen, Freddie’s athletic prowess, especially his running ability, sealed his future as a college and professional football player, said Morgan Hyatt.

“They found out he could run and that’s when he started playing football,” she said. 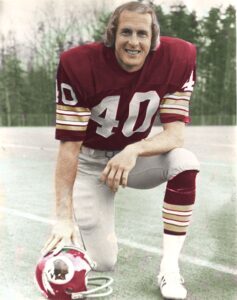 At Auburn, Freddie quickly established himself as an All-American player, breaking receiving and rushing yards, some of which still have him in the Top Ten players of all time.

When he was drafted by the Cardinals in the second round of the 1968 NFL draft, Hyatt used his earnings to purchase a horse farm in Alabama. When his career ended with the Washington Redskins in 1973, Hyatt began raising quarter horses for show.

“Horses were always his passion. He was a horse trainer since he was 10 years old,” said Morgan Hyatt. “In the off-season, he was always training and breaking in horses.”

“I was just using my quarter horse knowledge and applying it to thoroughbreds,” Hyatt said in the story. “The horse I bought was 3 years old, raced five times, and never did any good. But I didn’t know that at the time.”

That first foray into thoroughbred horses catapulted Hyatt into the thoroughbred breeding, training, and racing industry for more than 30 years. He often raced his horses at a track in Birmingham.

In the early 1990s, Hyatt sold his Alabama farm and moved to Morriston, west of Ocala, where he purchased a 110-acre farm that happened to be adjacent to his future wife’s property, said Morgan Hyatt.

“I had a bigger barn, but he had the bigger house, so we ended up at his farm,” she said.

In Morriston, Hyatt, with his wife at his side, continued raising and training thoroughbreds, often traveling to South Florida tracks to race them.

“He’d sell them at the Ocala Breeders’ Sale, at the racetrack, or through other ways,” said Morgan Hyatt. “He always kept track of their careers and followed them.”

“The thing about Freddie was that he always allowed the horses to be horses. He let them run and kick and play – he never pushed them,” she said. “He was very passionate about animals and taking care of them the right way.”

When he wasn’t busy with the horse industry, Hyatt enjoyed hunting and spending time in nature, she said, and when he was around his friends and loved ones, which was often, he loved regaling them with stories from his days at Auburn and the NFL.

One tale that Freddie frequently repeated was from his sophomore year at Auburn.

It was Oct. 29, 1966, and the Auburn Tigers were playing the Florida Gators in Gainesville. It was Florida’s Homecoming and Hyatt kept begging coach Ralph Jordan to put him in the game. The coach finally relented so that Hyatt would shut up,” said Morgan Hyatt.

“So, Freddie caught a pass and as he started pulling away from the safety, he said, ‘See you later alligator,’” she said.

The story with Hyatt’s witty quip ran in “The Auburn Plainsman,” the university’s newspaper. (The Gators went on to win the game, with quarterback Steve Spurrier, winner of the Heisman Trophy a few weeks later, kicking a field goal to break a 27-27 tie to take the lead for good.)

Over the past several years, the Hyatts, who were childless by choice, had slowed down and were looking forward to traveling and enjoying their retirement years. Freddie Hyatt stopped racing horses a couple of years ago and stayed closer to home, said Morgan Hyatt.

Hyatt Farm and Training Center once had as many as 75 horses on the property, but the number had dwindled significantly in recent years. 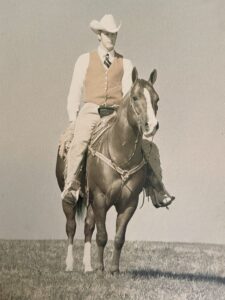 “We were retiring. We used to run between 65 and 75 horses; we were down to just 15,” said Morgan Hyatt, who is now selling the farm because it’s too much for her to take care of on her own. “We had plans for the fall and the future.”

The day after his death, Hyatt’s cell phone, which his widow is keeping on for the time being, started ringing. Loved ones, friends, and former football buddies he kept in touch with over the years were calling to wish him a happy birthday, unaware of his sudden passing.

The calls have kept coming too.

“I have to tell them Freddie died, that he’s gone,” she said. “The calls have been so unbelievable; I didn’t realize how many lives he touched.”

“I’ve never talked to so many crying men in my life,” said Morgan Hyatt.

A few days before he went to the hospital for surgery, another fan letter from a young boy arrived, asking for Hyatt’s autograph and picture. He put it aside, intending to take care of the request when he returned home.

“I’ll write him a letter and explain what happened,” she said. “I just wish I had an autographed picture to send him, I don’t even have one for myself.”

In addition to his wife, Dori, Freddie Hyatt is survived by a niece and two nephews.

A celebration of life for Hyatt is tentatively scheduled for November, but no date or location has been set.