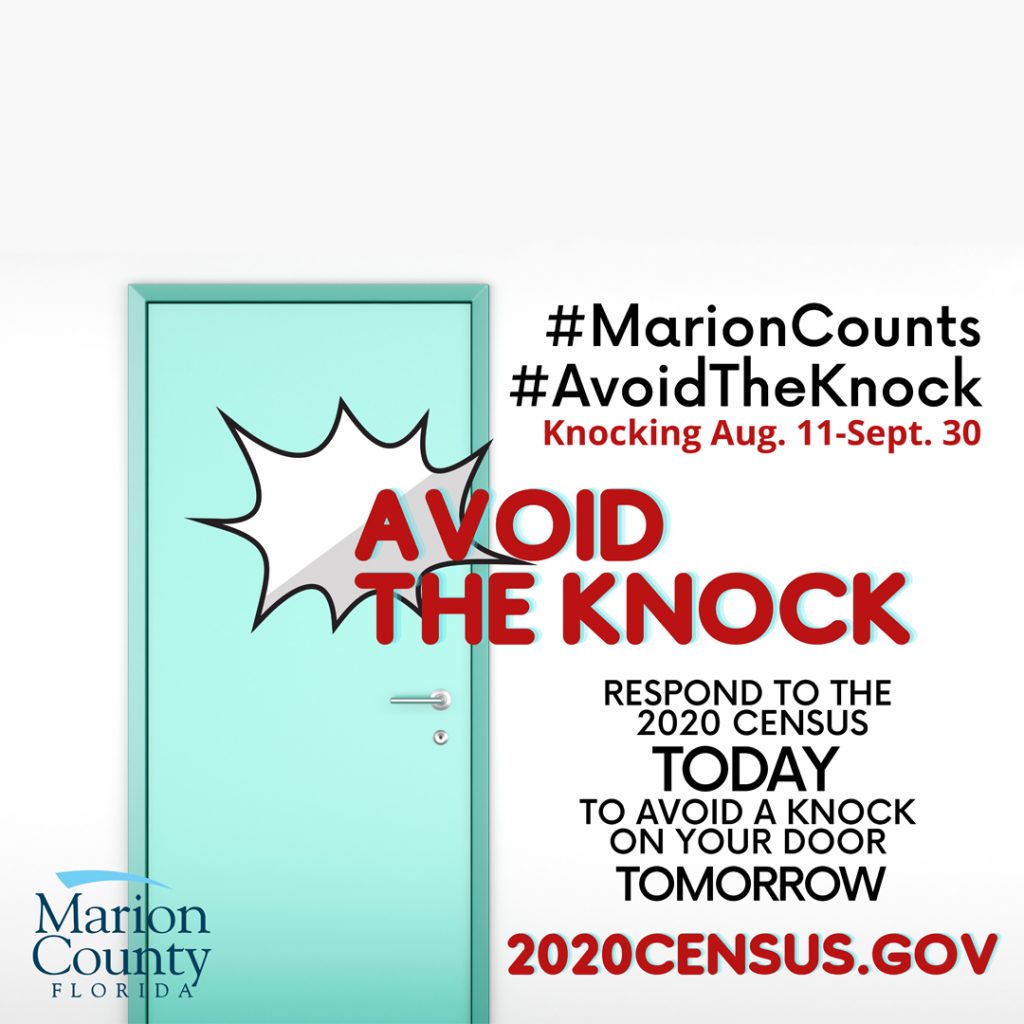 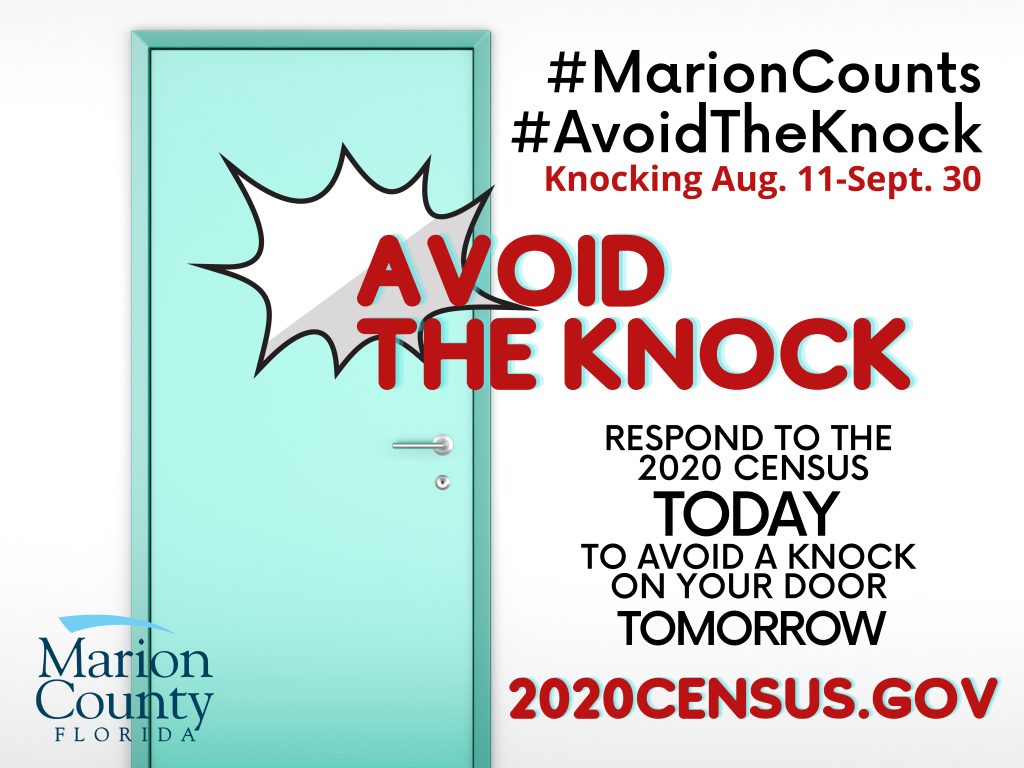 “The census is still in play right now,” she said during the commissioners’ comment period. “We want to make sure everyone in Marion County gets counted.”

Then noting that federal census-takers are now canvassing the community, Stone added, “Please answer the knock.”

As of Tuesday, 63.8 percent of U.S. households had responded to the census, according to the U.S. Census Bureau.

Florida, however, was lagging, with a response rate of 60.6 percent.

Marion County was outpacing both, as well as its performance 10 years ago.

As a city, Ocala was trailing. To date, 60.4 percent of city households had answered the decennial population count. In 2010, the city posted a 63.2 response rate.

Because of COVID-19, the federal government tabled in-person questioning until later in the summer. So, door-to-door canvassing to catch up to those who have yet to respond via mail or by the internet began on Aug. 11. It will end on Sept. 30.

The county has adopted and is promoting the Census Bureau’s promotional campaign — #AvoidTheKnock – to encourage people to fend off home visits by census-takers.

In that vein, Stone on Tuesday encouraged people to head online to 2020census.gov to complete the census and, thus, avoid the knock

“Fill that information out so everyone is counted,” Stone said. “That pulls dollars into this community.”

The Census Bureau notes that roughly $700 billion in federal funding is divvied up among more than 100 separate and diverse programs and funneled to individual communities according to census data.

Those dollars cover everything from school lunches to public housing to highway projects to fixing leaky underground storage tanks to helping disabled veterans.

Because of census data, Stone noted, “Dollars flow back into this community to assist those in need at the time of need, not to mention how Congress is allocated on our behalf in the next 10 years.”

That latter comment refers to the fact that Florida, because of population growth, could gain two additional seats in the House of Representatives, according to an analysis by the Brookings Institution, a Washington, D.C.-based think tank.

“There’s a lot of money at stake for our community, and I just ask that everyone who has not completed their census, please do so,” Stone said.