The Past Is the Present

Yesterday unless you say the

Days of the week back-

When you attempt to

Force the doors and come

At the cause of the shouts, you thumb 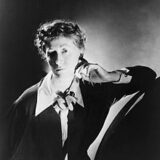