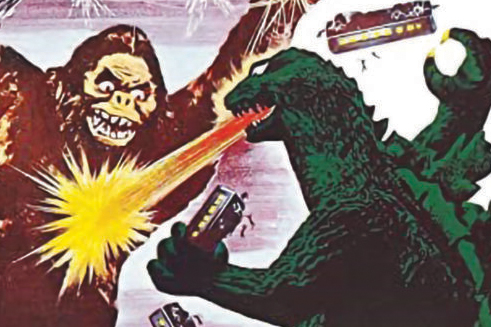 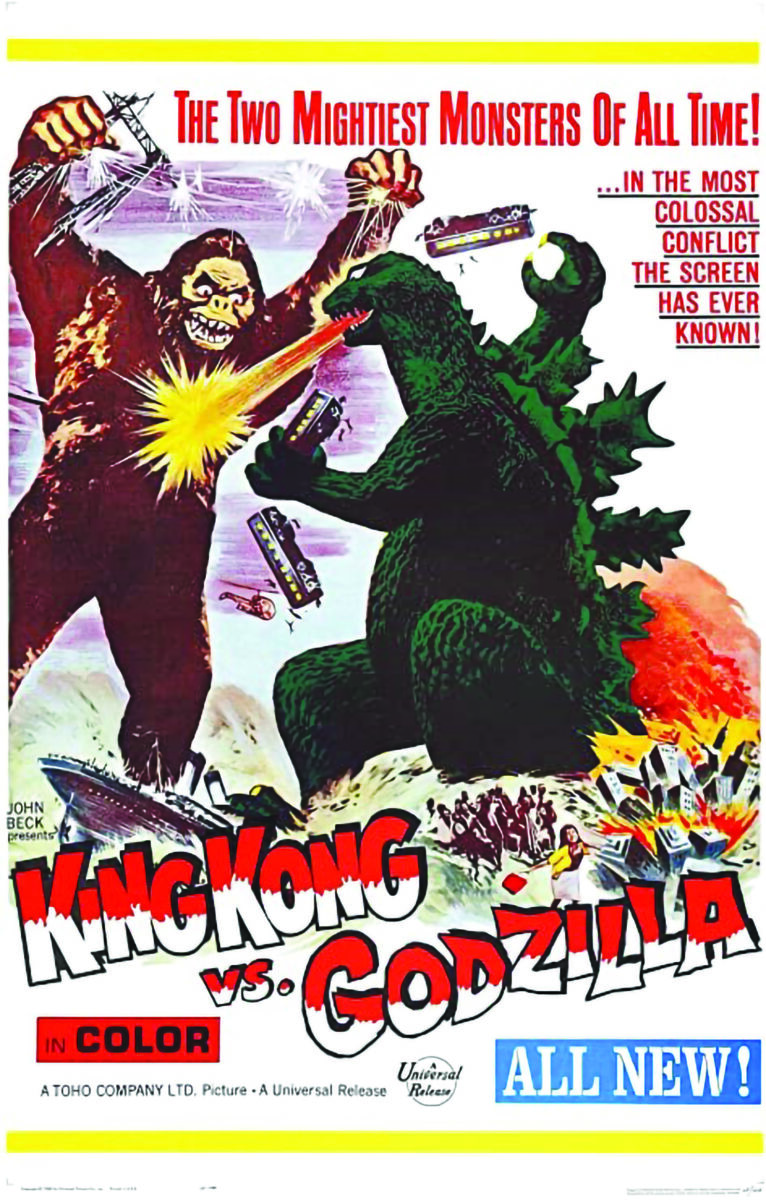 [Poster image supplied by the College of Central Florida]

“It’s a special ‘B-movie’ celebration event,” said the organizer of the film series.

Released, and directed by Ishiro Honda, in 1962—the same filmmaker behind the original black-and-white film that started it all in 1954—comes the first meeting of two of cinema’s largest and most well-known monsters, both in color for the first time.

The film predates the more recent film, “Godzilla vs. Kong,” directed by Adam Wingard, produced by Legendary Pictures and distributed by Warner Bros. in March of 2021, by nearly 60 years.

“When Kong is discovered on a remote island by a publicity-hungry pharmaceutical company, the giant ape is set on a collision course with Godzilla, and Japan braces for a double dose of devastation,” according to The Criterion Collection’s synopsis of the film.

To this day, the film remains the most attended “Godzilla” film in Japan to date, according to the Motion Picture Producers Association of Japan, and is credited with encouraging the famed Japanese production company Toho to prioritize the continuation of the series after seven years of dormancy. Ultimately, Toho would produce a further 29 “Godzilla” films from 1964 to 2018.

CF Associate Professor Jay Thompson will host a virtual film talk on Feb. 9 via Zoom, discussing “King Kong vs. Godzilla.” To join the talk, visit www.cf.edu/event/international-film-series-talk-king-kong-vs-godzilla/ and click the “Register Here” link at the bottom of the page.

Future films in the series, all from the year 1962 when Professor Ira Holmes first began the long-running program, include:

Films at the Ocala campus are free and open to the public, while films at the Appleton are free to all museum and film series members. Nonmembers must pay museum admission.

Be advised that some films in the series may contain mature content.