Millions for Marion in new state budget, while two projects fail to make the cut 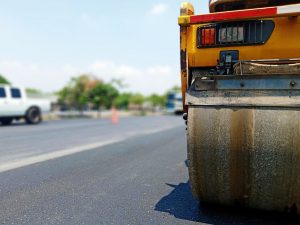 Some of the bigger-dollar items for fiscal year 2020-21 include:

Here are some of the details.

Some rights of way the FDOT plans to buy are part of a plan to widen and rebuild SR 40 from the end of the four-lane section in Silver Springs to a point east of CR 314, a stretch of about 5.3 miles. According to the agency, the new road eventually will feature a pair of 12-foot-wide lanes in each direction separated by a 40-foot-wide grass median. A 12-foot-wide multiuse trail will run along the north side of the road from Northeast 60th Court to Ray Wayside Park near the Ocklawaha River Bridge.

The 2021 projects are the prelude to replacing the bridge — a $102.8 million effort that will use two bridges with lower profiles.

According to Senate records, the project involved a four-lane connector with sidewalks and bike lanes to link SR 200, SR 40, and U.S. 27. Perry wrote that the project would improve traffic in the area by establishing a parallel corridor for the west side of Interstate 75.

“Although a veto was not the outcome we were hoping for in this situation, the city still plans on moving forward with the SW 44th Avenue extension project,” city spokeswoman Ashley Dobbs said.

“If the million dollars in funding had been approved, it would have offset project costs associated with creating the two-lane road, and alleviating traffic conditions on State Road 200. This project is still part of the long-range transportation plan, and we will continue to seek additional grant opportunities.”

The other project, requested by Sen. Dennis Baxley, R-Lady Lake, entailed renovating the Belleview Community Center for a program by Hands of Mercy Everywhere, or HOME, a Belleview nonprofit devoted to helping teenaged mothers and at-risk girls.

Senate documents indicate the funding would help create a “hands-on” job training program for people 16 to 24. That instruction would run for three months and be designed to prepare students to work in the hospitality industry.

The concept was to revamp the community center into a hotel-style banquet room and kitchen. The renovation would include new central heating and air conditioning, refinished wood floors, two upgraded bathrooms, new space for offices and storage, exterior handicap ramps and decking and extra parking.

In response, Diane Schofield, HOME’s founder and CEO, said, “We will do what we always do: Wait for God’s timing.”

“Having that building is a blessing. Knowing it will take $200,000 to restore it, bring it to code, buy curriculum material, get it furnished, redo the kitchen area is overwhelming.”