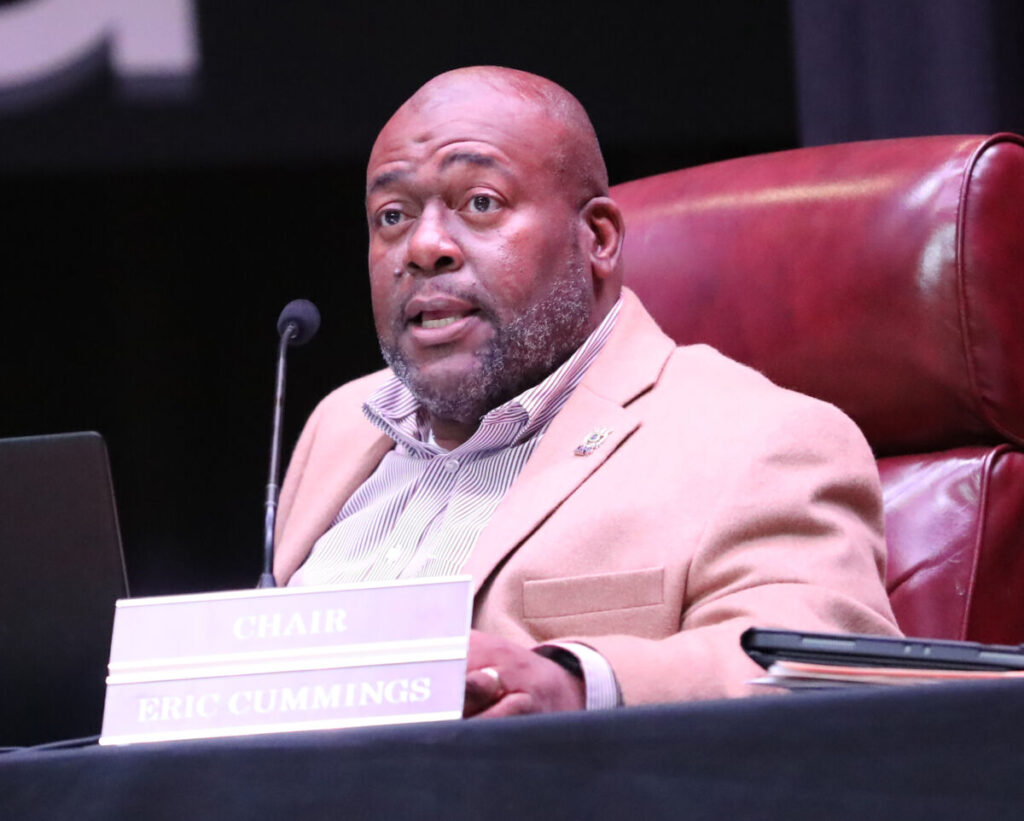 Marion County School Board member Eric Cummings asked a question during the board’s meeting Tuesday night, the answer to which is expected to lead to a new district policy and procedure.

Recently, a new pay raise was agreed to for non-represented/non-union employees of the Marion County Public School system that will be retroactive to July 1, 2022. After further research, Cummings discovered some issues with the process for former employees that fall into the non-union/non-represented category.

“I asked some questions and received interesting information during my inquiry,’’ he said. “There is a group that will not be retroacted, and I don’t know if that is an intended consequence of the district or an unintended consequence.

“When I did further inquiry about a policy for this, I discovered there is no policy. I asked if there is a procedure, and there is no procedure,” he continued, adding, “I’m looking out for our staff who worked in good faith and did the job.”

“In our (union) contracts, there is language that is almost identical. It says when an employee has separated employment from the district prior to the date of school board approval of a new and/or revised collective bargaining agreement (that employee) shall forfeit any retroactive pay or other benefit provided in such new and/or revised collective bargaining agreement,” she said.

Morant said since there is no relevant policy or procedure for non-union employees, the district follows the policy that applies to union-represented employees.

School board Vice-Chair Nancy Thrower suggested it is time to put this practice in writing.

“I feel like something has been pointed out that we need to think about addressing and having policy for,” she said.

Cummings said his concern is for the future and making sure he can answer an employee who asks about it as well as avoiding legal problems for the school board or the district.

Board chair Allison Campbell said the discussion shed light on larger concerns for employees who are not members of a union.

“It seems that there is a greater policy conversation and not just the retroactive piece,’’ she said. “I appreciate the dialogue in bringing up and it speaks to greater policy in general for a whole group of people.”

Superintendent Diane Gullett said her team will look at the various issues.

“I would consult with our labor law attorney and experts because the notion of employment classes comes to my mind. We have a very broad, non-represented group where in some categories (they) are closely resembling other employees who are represented,” Gullett said.

Thrower and Cummings reiterated that they want all district employees, whether represented by a union or not, to be treated equally and fairly.

“I just want it to be fair across the board,’’ Thrower said. “In this case, it doesn’t help our non-represented employees at this moment, but it doesn’t mean it won’t in the future. So, I’m comfortable with moving it toward procedure with the intention that we’re going to get this worked out and have clarity.”