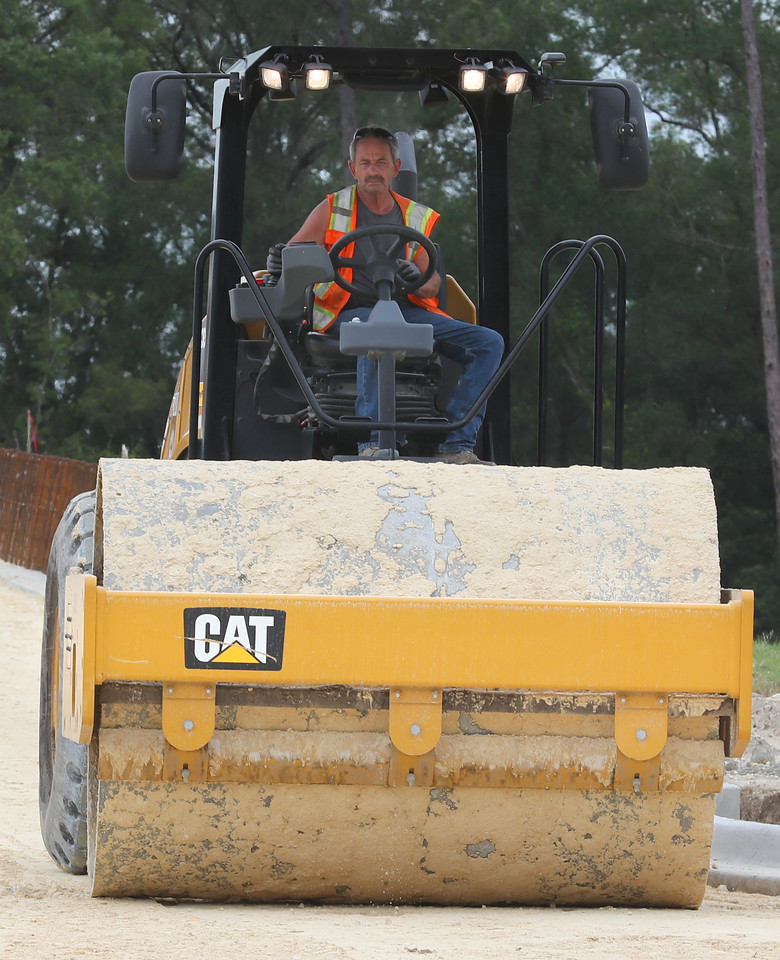 In this file photo, a worker with Sema Construction grades the Northeast 36th Avenue overpass that is under construction in Ocala, Fla. on Monday, July 6, 2020. [Bruce Ackerman/Ocala Gazette] 2020. 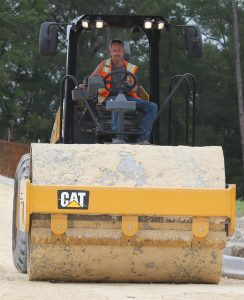 A worker with Sema Construction grades the Northeast 36th Avenue overpass that is under construction in Ocala, Fla. on Monday, July 6, 2020. [Bruce Ackerman/Ocala Gazette] 2020.

The local jobless rate fell to 8.5 percent, down 2.2 percentage points from May, CareerSource reported.

Comparatively, Florida’s not seasonally adjusted jobless rate – which reflects the same measure used for local rates – was 10.7 percent. That was down 2.8 percentage points from May, but up 7.4 percentage points compared to June 2019.

Marion County fared far better than the nation as well. Nationwide, the unemployment rate was 11.2 percent, down from 13 percent in May and but still 7.4 percentage points over last year.

Meanwhile, the Ocala Metropolitan Statistical Area, which includes all of Marion County, boasted both the highest annual job growth and the biggest job growth rate in trade, transportation and utilities, compared to all the metro areas in the state.

The trade, transportation and utilities sector added 300 jobs, an increase of 1.2 percent.

Other than mining, logging and construction and trade, transportation and utilities, no other industry sectors grew in the Ocala MSA over the year.

Nonfarm employment in the Ocala/Marion County metropolitan statistical area was 104,400, a decrease of 1,300 jobs (-1.2 percent) over the year.

In a statement, CareerSource CEO Rusty Skinner said the June report made him “cautiously optimistic.”

“We should be positive about this movement in June, but also be cautiously optimistic,” Skinner said. “We continue to see major hiring in Marion County as a result of its economic development efforts and this likely affects all our counties.”

Marion County’s actually dropped two spots among communities with the highest unemployment rates, ranking 29th highest in Florida and tied with Brevard and Hardee counties. Among metro areas with the highest rates of joblessness, the Ocala MSA dropped from 16 to 17, tying with Palm Bay-Melbourne-Titusville.

The region’s next unemployment data, covering the month of July, comes out Aug. 21.