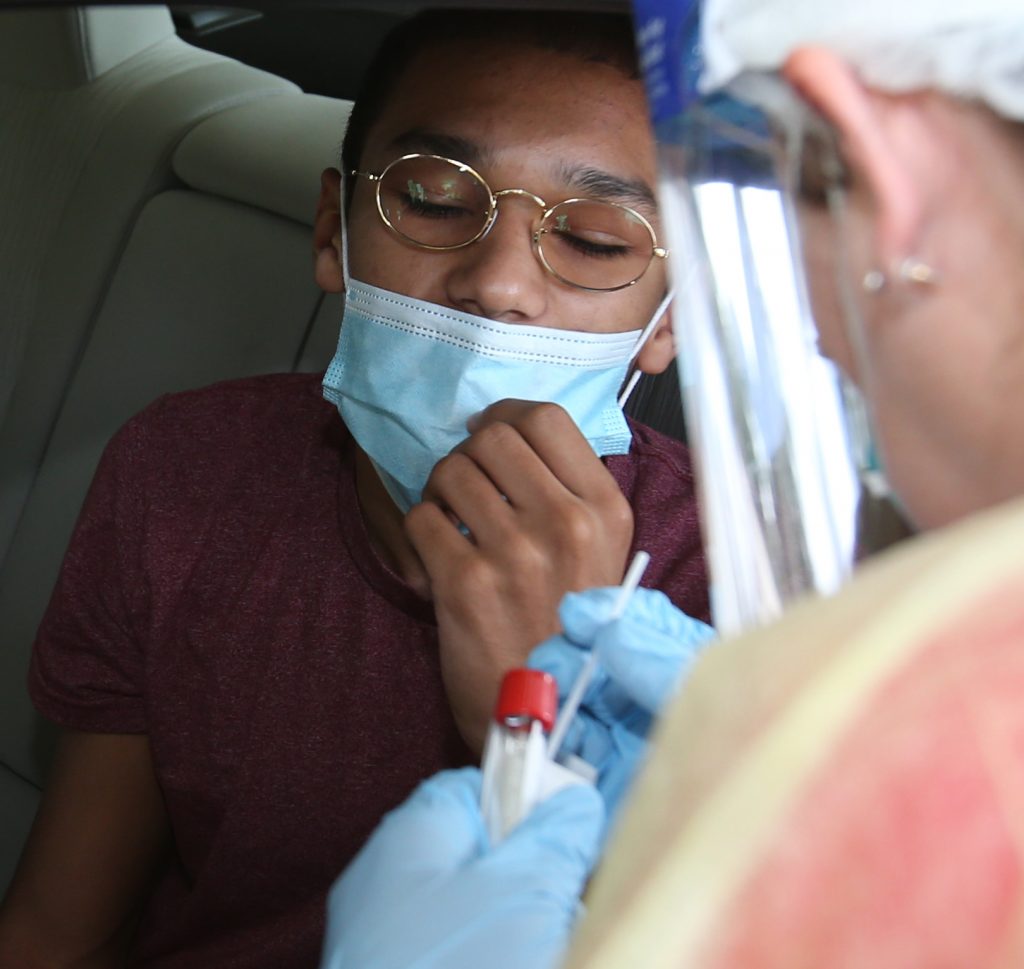 Those interested in being tested will no longer need an appointment. Instead, beginning Aug. 11, the department will conduct drive-thru testing at the Southeastern Livestock Pavilion on a first-come, first-served basis.

Medical personnel will be at the site from 8 a.m. to 10 a.m. on Tuesdays, Wednesdays and Thursdays.

Department staff recommend that those seeking tests can arrive as early as 7:30 a.m. on testing days. The tests will last until 10 a.m. or until the day’s available samples are gone, whichever comes first. At a recent County Commission meeting, department Administrator Mark Lander said he expected 250 to 300 people to participate each day at the start. But he hoped to eventually reach 500 a day.

To be tested, individuals should bring a valid photo identification. Minors will only be tested if accompanied by a parent or legal guardian.

In addition, test recipients should be prepared to remain in their vehicles while waiting for their turn. Restroom facilities will not be available.

Only people who are being tested should be in the vehicle, unless they are parents, guardians, or caregivers. No pets are permitted in vehicles during tests.

Lander recently told commissioners “no-shows” were the catalyst for the shift from the department’s headquarters to the Livestock Pavilion.

“We’re going to get away from taking the appointments because what we found scheduling the appointments, even when we tell individuals to call back the next day to see if anything has opened up, we’re still getting a high number of no-shows,” Lander told the County Commission at the board’s July 21 meeting.

Lander said the department may have booked over 300 people for testing, and yet 50 to 75 of them will not show up.

“We’re going to move to more of a same-day appointment strategy,” he added. “Obviously, we’ll have zero no-shows because we won’t have appointments, and we’ll get more people that need to be tested.”

“We really feel this is going to be better for the community, getting more people through that drive-thru,” Lander said. “We cannot keep having 40, 50, 60 no-shows. When we schedule them, we want to do 300 to 350 a day.”

In later comments, Lander said the appointment-based process shortened wait times for those who came to the Health Department.

But the large ratio of no-shows wasted resources as the department had to subsequently cancel that many lab orders each day. The absences also were robbing people who wanted testing of the opportunity to obtain that in a more timely manner, Lander said.

Marion County, including local private labs, has conducted nearly 41,000 tests as of July 28.