Marion County voters saw changes this election cycle to their districts on the state and federal levels because of redistricting. But one thing remained the same: Marion County will continue to be primarily represented by lawmakers who are members of the Republican Party.

Here are the unofficial results of Tuesday’s general election.

With the redistricting, Marion County gained a fifth state representative. 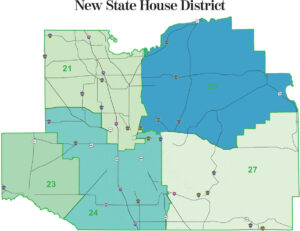 The only state representative facing a challenge was Democrat Yvonne Hayes Hinson in District 21, who ran against by Republican Hollye Merton.

According to campaign finance documents, Hinson raised $81,315 and Merton raised $5,144 since filing to run in April.

Due to redistricting, Marion County reduced its number of senate seats from three to one.

Marion County reduced its number of congressional seats from three to two due to redistricting. 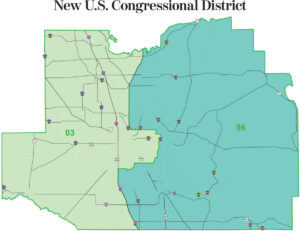 Waltz won a third term, receiving 74% of the votes.

Waltz raised $3,004,127, but how much Hannoush raised was unavailable at the time of publishing this report.