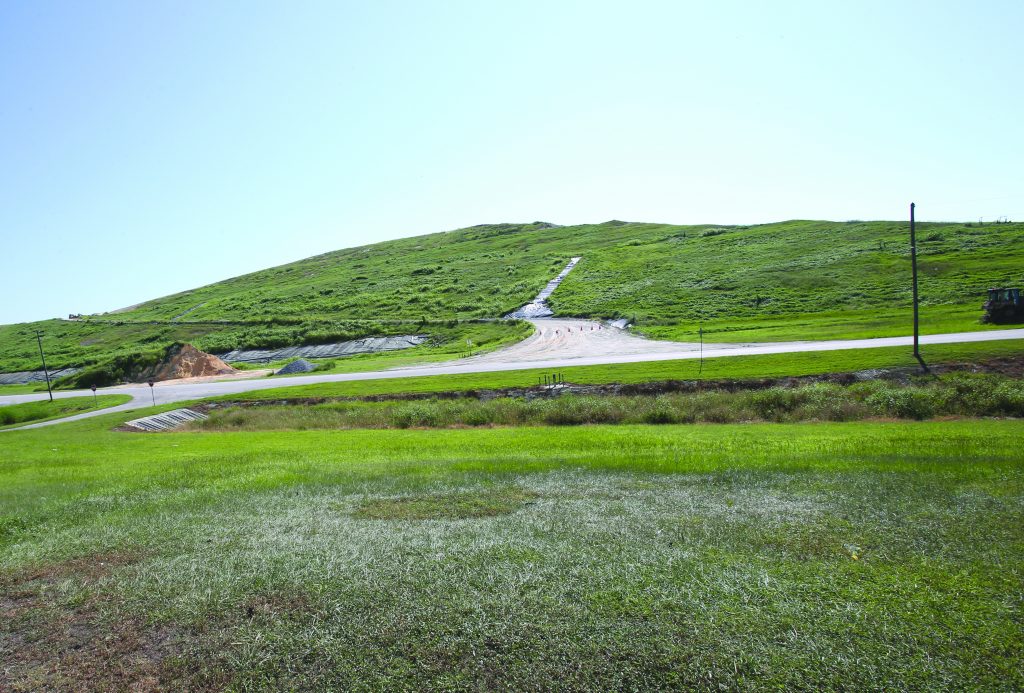 The landfill, which is 260 feet tall, is shown at the Marion County Landfill and Transfer Station on Southeast Baseline Road. [Bruce Ackerman/Ocala Gazette] 2020.

The landfill, which is 260 feet tall, is shown at the Marion County Landfill and Transfer Station on Southeast Baseline Road. [Bruce Ackerman/Ocala Gazette] 2020.

Marion County officials plan to spend almost $58 million for major projects around the community next year.

On Sept. 1, the County Commission approved the latest iteration of its Capital Improvements Program, paid for through a combination of funding sources, including federal dollars. Overall, the plan calls for $93 million in new initiatives or enhancing existing infrastructure over the next five years.

Here are some of the highlights from fiscal year 2021, which begins Oct. 1.

The most expensive individual item comes from the Environmental Services Department: $17.5 million toward the closure of Baseline Landfill.

The landfill went offline as an active dump last year when the county began shipping garbage from its transfer station there to a Sumter County facility.

Department Director Jody Kirkman has told commissioners the funding will transition Baseline Landfill to long-term “care.” That effort includes upgrades to the dump’s stormwater and methane gas ventilation systems, and the installation of a geosynthetic cap designed to prevent water from leaking into the garbage.

According to the CIP, Baseline Landfill also will get a new $1.8 million recycling center.

Road projects are another priority in the upcoming year.

The county plans to spend $5.7 million to acquire right of way for a proposed interchange at Interstate 75 and Northwest 49th Street. That lies in a zone the county has designated for a new commerce park. The Florida Department of Transportation is conducting a study of the area, which is part of the Baldwin Angus Ranch, to evaluate whether a new interchange is necessary to serve the commerce park and relieve congestion at other I-75 interchanges in Ocala.

Straub’s department also has planned $3.5 million in flood mitigation efforts, including along portions of Southwest 27th Avenue, between 42nd and 66th Streets, and along Southwest 52nd Street.

Marion County Fire Rescue has budgeted almost $1.4 million to purchase six new ambulances and another $1.02 million for a new emergency medical services station within the city of Ocala. The fire department also seeks to buy two new fire trucks and a refurbished one in the coming year, said department spokesman James Lucas. The cost for those will run about $962,000.

New vehicles are on tap at the Sheriff’s Office as well.

The plan helps underscore the importance of the 1-cent local sales tax that voters adopted in 2016.

Overall, revenue from the sales tax will contribute $20.3 million, or more than one-third of the funding, to the county’s big-ticket projects for next year.

That tax, which passed with 55 percent of the vote four years ago, is set to expire at the end of this year. In February, the County Commission authorized the question of whether to renew it for four more years to go on the November ballot.

County officials and supporters of the tax, such as the Ocala/Marion County Chamber and Economic Partnership, stress that 30 percent of the revenue comes from people outside Marion County.