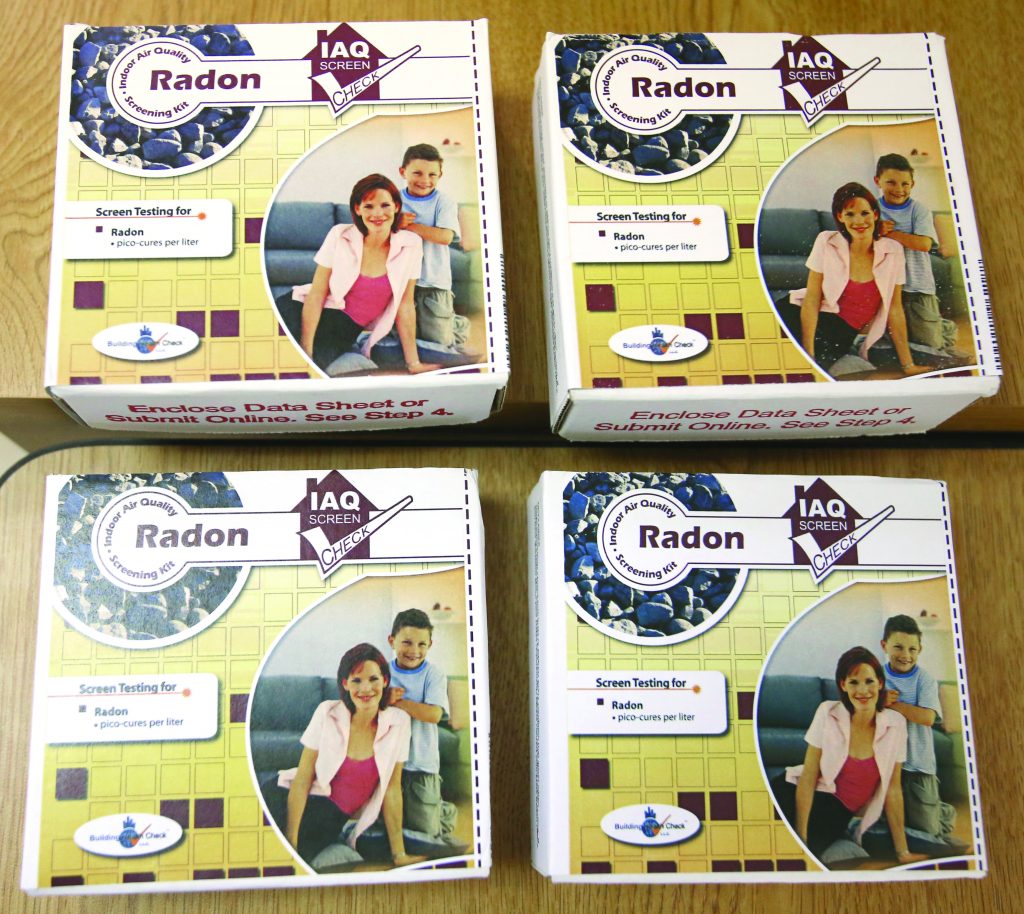 Radon gas test kits, that are available to people for free, are shown at the Florida Department of Health in Marion County. Any homeowner of mobile home owner can use the kit to test for radon at home for free and then mail the sample in to a lab to have it analyzed. The person will then be notified if their home tests positive for radon. 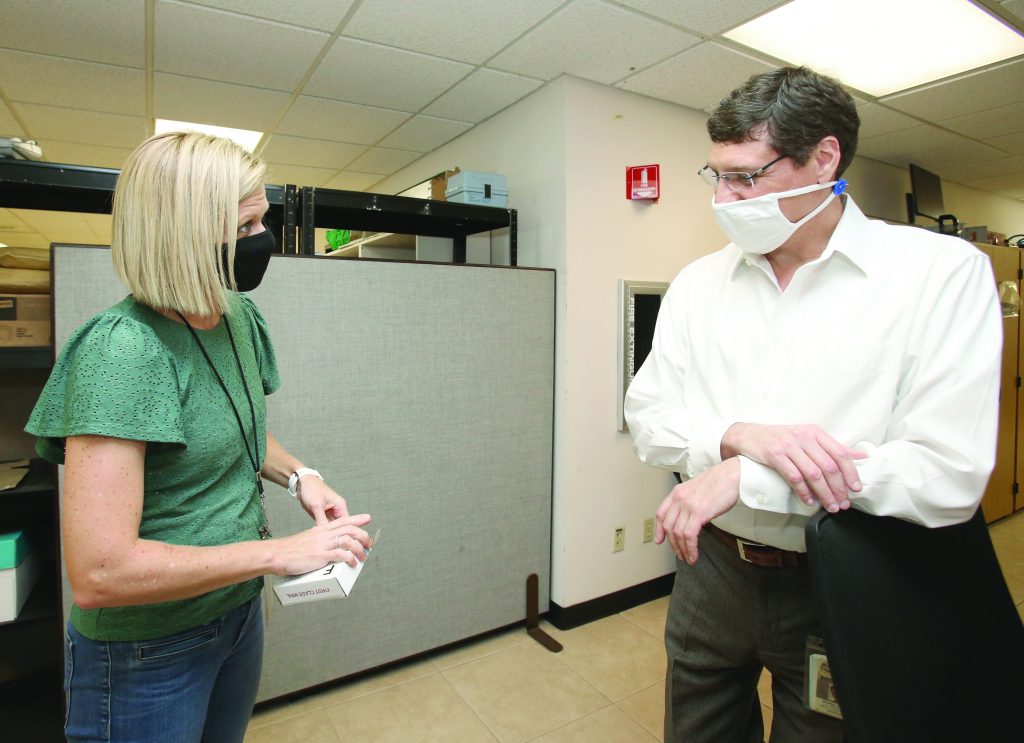 Rates of lung cancer and deaths related to it have declined in Marion County in recent years. Still, the community records more incidents of each on a yearly basis than Florida as a whole, according to a recent report by the Florida Department of Health.

And one reason is radon, state Health Department officials say.

Thus, despite the steady and ongoing decline in lung cancer rates and deaths, the Health Department is using the numbers to urge the county to do more to prevent possible radon poisoning.

“It is our position that many of these deaths could be prevented if radon-resistant construction is required in Marion County by all county and city governments,” Ferda Yilmaz, the Tallahassee-based environmental administrator for the agency’s Radon and Indoor Air Program, noted in the report.

Yet one critic says the county should avoid that step since there is no evidence to back the department’s position.

“There are no epidemiological studies that link lung cancer to homes with detectable levels of radon,” said Steve Milloy, a lawyer and biostatistician who founded and edits a website called JunkScience.com.

“The radon abatement industry loves keeping the scare going because it’s big money. The bureaucrats love it because it gives them something to do. But regular people who don’t know any better are the real victims.”

The Health Department’s recent report to the County Commission stated that radon is the second-leading cause of lung cancer deaths in the United States, and is its main cause among non-smokers.

And Marion County is reportedly a hotbed for it.

Yilmaz noted in the report that one in three homes in Marion County has an “elevated” radon level.

Comparatively, the state rate is one in five, while across the country it is one of every 15.

According to agency officials in Tallahassee, the random formation of the Earth’s crust deposited more radium and uranium, which emit radon, in the geology of Marion County and some nearby counties.

Consequently, Marion County is one of about 30 counties in Florida that must undergo mandatory radon testing. The Health Department says that mandate applies to K-12 schools, daycares and 24-hour care facilities, such as assisted living facilities and nursing homes, including those in residential buildings, if applicable.

The business owner, not the building owner, if they are not the same person, is responsible for such testing. It must be done within a year of occupying the building with a second set of tests required after five years. Moreover, if the building undergoes any “significant” structural changes, it must be treated as brand new, with mandatory one- and five-year tests, officials said.

Despite the prevalence of radon locally, both lung cancer incidents and deaths have steadily fallen in Marion County and throughout Florida in recent years.

Radon gas test kits, that are available to people for free, are shown at the Florida Department of Health in Marion County. Any homeowner of mobile home owner can use the kit to test for radon at home for free and then mail the sample in to a lab to have it analyzed. The person will then be notified if their home tests positive for radon.

Yilmaz attributed those declines to “prevention efforts surrounding the reduction or elimination of tobacco use and the mitigation of indoor radon exposure.”

The Health Department says residents may air out their homes when the breeze is blowing to help reduce the radon effect. But that’s not a viable, long-term answer for a few reasons.

Summer heat and humidity can elevate discomfort on the inside, and lead to higher power bills when the owner closes the house up, Yilmaz wrote. In addition, open windows can be an invitation to burglars.

Meanwhile, open windows “is temporary, as once the windows are closed, radon levels will increase to previous levels within 12 hours,” according to Yilmaz.

But there is another reason why opening windows may not work.

Last November, during an appearance before the County Commission, other Health Department officials from Tallahassee observed that, depending on local weather patterns, the radon levels outside homes may be higher than levels inside them, minutes of the meeting show.

Besides encouraging widespread testing for radon in Marion County homes, state public health authorities in person and in the report urged the County Commission to amend the building code to incorporate radon-resistant standards for new construction.

At their presentation last fall, Health Department representatives pointed out such measures during construction can run between $250 and $750, compared to post-construction mitigation measures that can cost between $1,500 and $5,000.

Yilmaz noted that both the Health Department and the U.S. Environmental Protection Agency concur in “supporting efforts to encourage people to test their homes for radon, mitigate elevated levels of radon, and build new homes with radon-resistant materials and features.”

Milloy, however, cautioned against that.

He said the arguments for radon mitigation – either by retrofitting homes or imposing new construction mandates – are rooted in studies that were conducted decades ago and that were skewed when they were released.

“No one has rethought radon. It’s just accepted as an article of faith,” Milloy said. “It’s all junk science.”

Still, for anyone who wants to check the radon level in their home, the Marion County Health Department has some free radon test kits available at its main office. To request one, call the agency’s Environmental Health unit at (352) 622-7744.