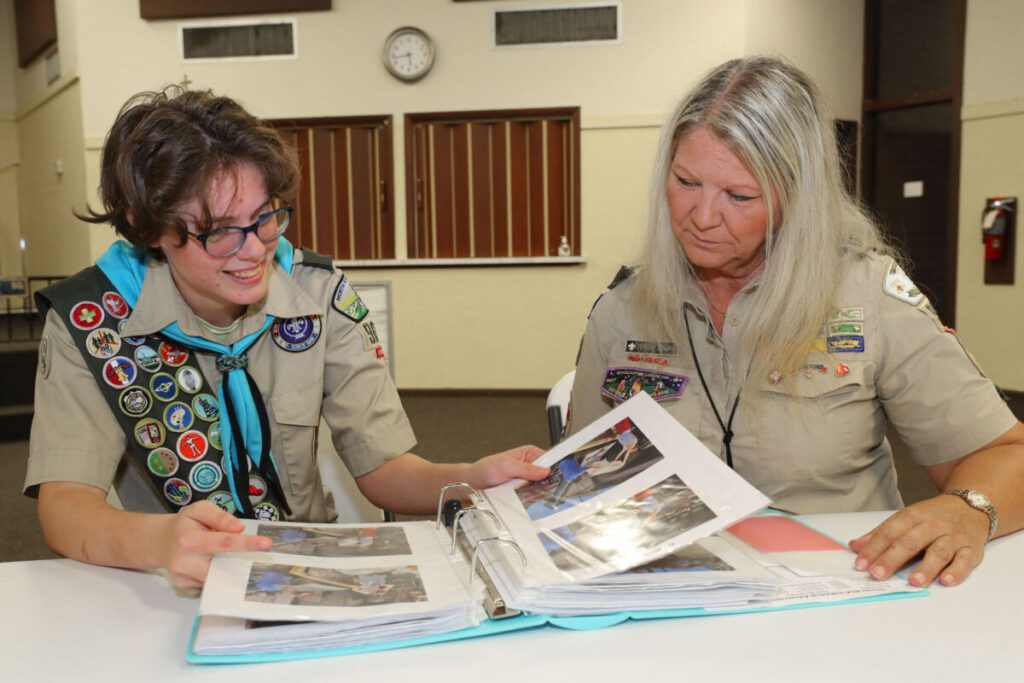 Griffey, 18, is set to receive an Eagle Scout medal and neckerchief at a ceremony on Nov. 19 at St. Paul’s United Methodist Church in Ocala, which is the charter organization sponsoring Troop 9692. The BSA website states that only about 6% of scouts, on average, attain scouting’s highest rank.

“I was taking ballet,” Griffey said, “and I had to choose between scouting and ballet, because both were quite time consuming and I couldn’t do both.”

“It usually takes scouts a time span from joining the organization at age 12 until they are 18 years old to earn the rank of Eagle Scout and Brooke did it in three. We are very proud of her,” Lanning said. The assistant leader of the troop is Krystle Hance.

After Griffey had earned 31 merit badges for her work in the scouting group, her leaders realized how close she was to obtaining the Eagle Scout award and encouraged her to work to earn it. She completed her Eagle Scout Project in June of this year.

For a project to earn the Eagle Scout award, a scout has to choose something that will benefit others or the community. Griffey chose the Children’s Home Society in Ocala to benefit from her supportive efforts, due to her love for children.

“I wanted to help children,” she said.

She said the Children’s Home Society provides counseling and services for first-time pregnant women, often single or of lower income, and then helps to provide the baby’s needs, including diapers, formula, bottles, wipes and clothing for children from birth up to 4 or 5 years old, as needed, Griffey said.

Griffey logged more than 162 hours in completing her project and raised $2,364.40 for the organization. To gain funding, she held two garage sales at her home of goods donated by family members, troop members and friends, conducted a recycling project (collecting cans and aluminum) and wrote to Walmart and asked for donations for the home.

Also included in her effort was transporting the items to the organization. Thank you notes were written by Griffey to all who helped with the project.

Lanning said the steps involved in making her choice a reality involved “documenting every single thing she did and recording it” in a 32-page workbook that was later examined by a board of review to ascertain her award. The workbook included obtaining approval from the organization to be helped and approval from the troop’s committee chairperson. The BSA District Eagle Representative also had to approve the project. All had to sign for their approval of the project and everyone who helped had to be listed. 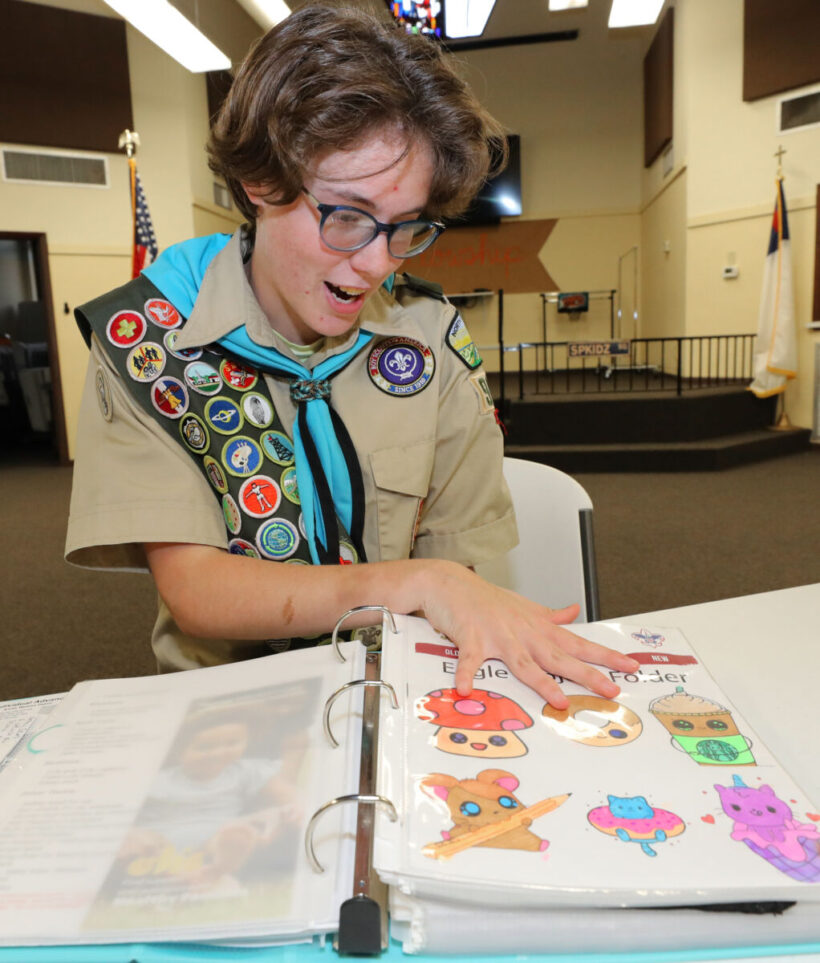 “I’m glad that I was able to help a whole bunch of people,” Griffey said, and added, “I’m glad the paperwork is done.”

Lanning, who has been leader of the troop for 12 years and scoutmaster for three years of that time, added “the award is regarded highly on applications to colleges and if a scout were to pursue a military career. It shows the scout has developed leadership skills.”

The BSA website quotes Roger Mosby, president and CEO, as saying, “Eagle Scout is a designation widely valued by universities, employers, and other respected institutions around the world. In earning this rank, young people gain new skills, learn to overcome obstacles, and demonstrate leadership among their peers and in their communities. Scouting’s benefits are invaluable, and we are elated that the opportunity to become an Eagle Scout is now available to young men and young women alike.” The website states the Eagle Scout rank “is synonymous with leadership, service and excellence.”

Lanning further explained that since February 2019, when the Boy Scouts of America Scouts BSA division was formed, the boys and girls troops are still separate but the girls are now afforded the same atmosphere for experiences that are not included in the Girl Scouts of America organization, which has retained the original structure for girls. For example, she said, this new group takes part in the same adventures and survival skills as the boys, allowing girls to work to obtain the Eagle Scout award.

Asked what activities she enjoyed participating in with her troop, Griffey said she loved the summer camps. Two of her favorites were at Fort Clinch State Park at Fernandina Beach and Manatee Springs State Park in Chiefland.

“I loved seeing the manatees,” she enthused.

Some of her merit awards were earned while at the camps.

Griffey’s parents are Amy and Jimmy Sain, and Richard Griffey Sr. She has a sister, Alonnah Anderson, who is 21, and a brother, Richard Griffey Jr., who is 16. She is a senior at Lake Weir High School, set to graduate in 2023. She is also a student at Marion Technical Institute, working toward Florida Department of Children and Families (DCF) certification. She explained that this certification will enable her to work at a daycare or school.

After graduation, Griffey plans to apply to the College of Central Florida and enroll in Early Childhood Development programs, with the long-term goal of teaching children.