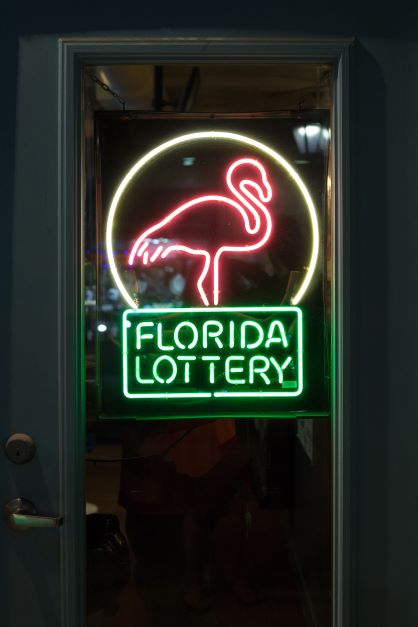 Florida Lottery ticket sales were $370.3 million higher than expected during the recently completed fiscal year, even with a slowdown in play during the second half of the year, according to state economists.

The lottery had a record $9.32 billion in sales in the year that ended June 30. But play should slacken over the next few years because of a “softening economy and pressures on disposable personal income,” according to a report released Tuesday by the state Revenue Estimating Conference.

Play is expected to decrease in the current fiscal year for all but two games. The forecast for one of those games, Mega Millions, was bolstered by people lining up to buy tickets to try to win a massive jackpot last week.

The other game expected to see an increase this fiscal year is the lottery’s newest game, Cash Pop.

“Because it only existed for a partial year in FY 2021-22, operation over a full year produces strong positive growth rates,” the report said.

Justin Rock, the lottery’s deputy secretary of product and sales, has attributed a big part of the sales increase in 2021-2022 to a $50 scratch-off game introduced in February.

But he said an overall slowing of sales in recent months was felt nationwide.

“Last fiscal year, there were nine other states that saw growth between July (2021) and January. And then there was an abrupt fall-off year over year for every state,” Rock told the economists, who serve as the Revenue Estimating Conference, during a July 27 meeting. “That week after Christmas is really when everybody started to note it as did we.”

Holger Ciupalo, policy coordinator for the governor’s Office of Policy and Budget, argued at the July 27 meeting that the state’s growing population should counter economic “headwinds.”

“We have never seen growth rates that are remotely near population growth, it’s always been happening mid-single digits or higher,” Ciupalo said.

Amy Baker, coordinator of the Legislature’s Office of Economic & Demographic Research, said the forecast considered how the lottery was affected by the major recession in 2008, which Ciupalo said was a bigger “shock” to the economy than current financial problems.

“If you look at our old forecasts, and look at where we’ve been over on our forecast for the whole year, you could kind of see we were starting to, you know, not die, but certainly slow down some,” Baker said.

The lottery has seen an increase in play since the start of the COVID-19 pandemic in 2020.

Sales for the past fiscal year will result in the lottery for a second consecutive year distributing more than $2 billion to the state’s Educational Enhancement Trust Fund, according to the conference report.