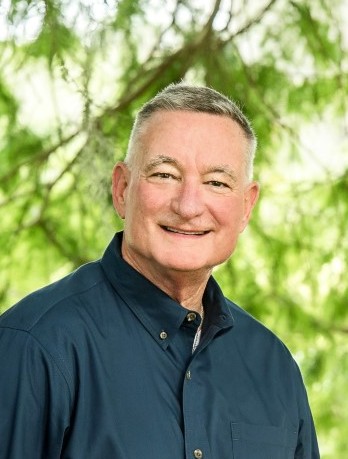 For many, the new year brings with it the prospect of a fresh start. It’s no different for four longtime Marion County public servants who step away from their usual roles and prepare for new adventures.

Ellspermann and Smith both decided not to run for re-election in 2020, their last official day in office. King also chose not to run again in 2020. He and Ridgway retired just before the new year.

In 1997, David Ellspermann took over from Frances Thigpin, who held the seat for 19 years.

Ellspermann, who in his role also served as the clerk of the Board of County Commissioners, auditor, recorder and custodian of all county funds, became a fixture in the post.

Greg Harrell takes over on Tuesday as the new clerk of the court.

In his final weeks in the position, Ellspermann marked several “lasts,” including his last commission meeting. The board issued a proclamation in his honor. The proclamation pointed out several of his accomplishments, including making public records available online and his three-time selection as Clerk of the Year by the Florida Clerks and Comptrollers Association.

Monday, according to the proclamation, was “David Ellspermann Day.”

“Someone has to remind this morning,” he said.

He spent Monday in the office hosting a stream of employees that stopped by to bid farewell.

The procession was bittersweet, but he said it was time for him to leave while still young enough to enjoy his retirement.

He plans to ramp up his bicycle riding and get back to riding several hundred miles a week.

He said he and his wife, Jayne, plan to travel the U.S., visiting several national parks along the way. He also wants to do more fishing.

As Ellspermann cleaned out his office, he shared some of the handwritten notes and inspirations he collected in his agenda.

In addition to quoting scripture and Arthur Conan Doyle’s “Sherlock Holmes,” Ellspermann also had a copy of the Scout Oath taped in his agenda.

The oath includes a promise to live by the Scout Law, which includes being trustworthy, loyal, helpful, courteous, thrifty and obedient.

Brad King took the reins as state attorney for the Fifth Judicial Circuit in 1989.

In that time, his office prosecuted thousands of criminal cases, including many high-profile capital cases. The circuit covers Marion, Lake, Sumter, Citrus and Hernando counties.

King, a former Marion County Sheriff’s Office deputy, became an assistant state attorney in 1981. His decision to retire came after he and his wife, Tammy, adopted a child they had been fostering. He said he wanted to focus more time on his family. The couple also have four grown children.

King waited until April to pull out of the race. At that time, only William Gladson, his executive director, had qualified to run. He faced no challenger in the general election.

For Ridgway, who joined King as his chief assistant early on, the decision to retire was a combination of clearing the deck for Gladson and wanting to spend more time relaxing.

He said his immediate plans are to catch up on projects around the house, but he hopes to spend more time with his grandchildren and fishing.

“I suppose it hasn’t fully sunk in yet,” Ridgway said. “I’m having to break the habit of checking my emails 10 times a day.”

“It’s going to be a big change. I’m sure it will have its ups and downs,” he said. “I’m 69 years old. I’ve got things I want to do, and I’m going to do them. We’ve got a couple of trips planned as soon as COVID is over.”

He said he doesn’t focus on particular cases.

“I focus on the family of the victims. It’s amazing to see the grief people come through and the satisfaction they get when we get a just result in the courtroom,” he said.

Smith’s first term as property appraiser also started in 1997. He took over for Rudy Muckenfuss, who served in the post for 16 years.

Smith helped transition much of the office’s records online and helped implement a proprietary appraisal system, which he said saved the county at least $2 million compared to buying new software.

Jimmy Cowan takes over on Tuesday when he is sworn into office.

For Smith, who closes out a 47-year career at the property appraiser’s office, his focus will switch to farming land his family has owned since the 1850s.

“Right now, there is a lot of timber on it. I haven’t quite figured out what I’m going to do with it now that I have some time,” he said.

Smith said his departure is bittersweet.

“It’s been very rewarding to serve the public. Like I always said, ‘I’m not a politician. I am a public servant.’ I always tried to be as frugal with their money while making sure the job gets done to the highest standard possible,” he said.

While he was proud of the work the office did, it was hard to say goodbye.

“Besides employees, I consider them my friends,” Smith said. “They are a seasoned staff, and it will be a smooth transition for Mr. Cowan. I look forward to them making a great office an even better office.”