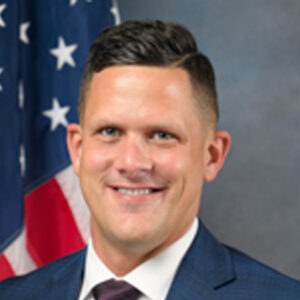 Have you ever worried that your hair braider might not be certified by the government? What about your interior designer? Have you stayed up late at night worrying about the dire consequences that might result if Florida’s boxing timekeepers don’t boast impeccable official credentials?

If you’re like me and most people, these concerns have never crossed your mind. You’re more concerned with paying a person to render the services you want or need.

That’s why last year, the legislature passed the Occupational Freedom and Opportunity Act, which is now law. Among other things, the law recognizes a range of out-of-state licenses and reduces or eliminates licensing requirements for more than 30 professions—hairdressers, interior designers, and boxing timekeepers among them.

The regulatory relief was a godsend for would-be entrepreneurs eager to apply their skills to provide a service, grow the economy, and perhaps one day hire workers. It was arguably the most significant occupational licensing reform ever enacted in any state. While historic and a huge step forward, this law didn’t address all the problems related to occupational licensing. Service providers were still hampered by redundant licensing requirements that overlapped between state and local jurisdictions.

When it comes to making Florida friendlier to business and entrepreneurs, we’re keeping up the momentum with HB 735, which will help to create a stable, predictable environment for small businesses and entrepreneurs.

Taking effect as of July 1, this new law will prevent local governments from creating new licensing requirements and abolish existing ones on occupations that are already regulated by the state. As a Floridian and a business owner, I couldn’t be more excited for the benefits it will bring to small business owners in our state.

Fair and predictable conditions are among the most important prerequisites for entrepreneurial success—the kind most conducive to prosperity.

As a result, many hardworking Floridians are were forced to funnel time and money complying with inconsistent rules—time and money they could have devoted to serving customers and growing businesses.

Freeing entrepreneurs from excessive or redundant local licensing requirements will have considerable ripple effects across Florida. By lowering the costs—in both time and money—associated with opening a business, it will likely introduce more options for consumers in a range

of industries. As any student of basic economics knows, more choices mean more competition and lower prices for everyone.

The occupational licensing deregulation Florida has already instituted has placed our state in a position of leadership on this issue, paving the way for other states to make similar changes to licensing laws.

With the enactment of HB 735, Florida is on the cutting edge of reform. We’re well on our way to establishing ourselves as the state most friendly to workers and entrepreneurs in (formerly) heavily licensed professions.