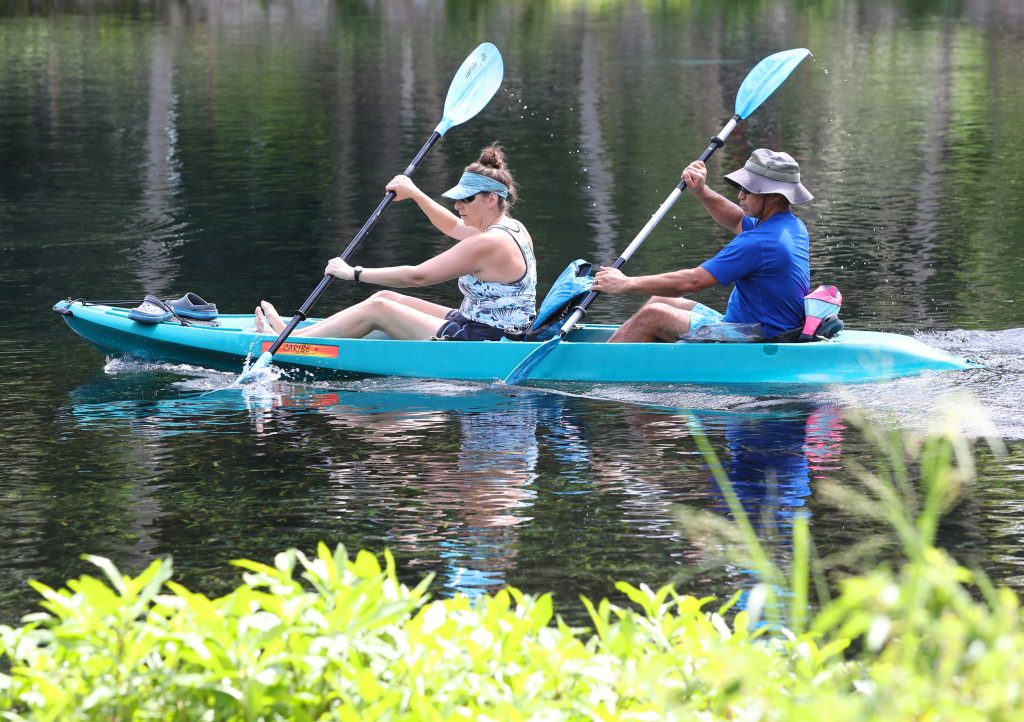 Silver Springs is finally going to be opened for swimming.

Kayakers paddle just off shore where the state has proposed a beach and swimming area near the Glass Bottom Boat dock at Silver Springs State Park.

That is the word from the Florida Department of Environmental Regulation, under which the Florida Parks Service operated. DEP Press Secretary Weesam Khoury said last week that plans are in the works to open a swimming beach on the spring’s eastern shore, where it was for years before being closed in the 1990s.

“The Division of Recreation and Parks is in the process of designing a swimming area and paddle launch at Silver Springs State Park,” Khoury wrote in an email. “This project will include design, permitting, bidding and construction of the two features. Once the design is finalized, we will be happy to provide you a copy. Additionally, there will be a public meeting to present the design and answer questions.”

The idea of a swimming area at Silver Springs has been part of the Silver Springs State Park’s Unit Management Plan almost since the state took over the park in 2013.

According to the UMP, which was finalized in 2014: “Research is needed to determine the recreational carrying capacity of the main headspring and river that would allow the maximum level of public access and recreational enjoyment while preventing damage to the river bottom and shoreline, impacts to wildlife or hindrances to wildlife access.”

In other words, the park will have swimming, but like many of the Florida Park Service’s other springs, the number of people allowed in the spring at any one time will be limited.

In its UMP, DEP noted that it likely will limit the swimming season to Memorial Day to Labor Day to allow the aquatic vegetation to recover from human use. It further suggests there will be picnicking and a bathhouse, as well as a paddle launch for kayaks and canoes.

“A floating dock and floating containment rope will demarcate the swimming area the spring,” the plan adds.

Khoury could not provide a timeline for when the springs would be open to swimming. 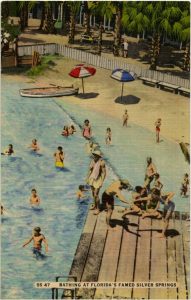 Nonetheless, the news was cheered by County Commissioner Carl Zalak, who has been a vocal advocate for opening the springs for swimming since the state took over management of the iconic park.

“At the end of the day, it’s an absolute jewel for our community,” he said. “It’s a shame that it hasn’t been available for recreational use.

“The reality for me is there will be many more people at the springs. I think it will be an economic jump start. … I think swimming is a huge economic driver. It also lets people dream and experience what it means to have Silver Springs in our community.”

Zalak and others have long argued that opening the springs to swimming also will spur more advocacy for protecting and preserving the springs, which scientists say have been under assault from over-pumping and over-pollution for decades, which has led DEP to declare Silver Springs “imperiled.”

State Rep. Charlie Stone, R-Ocala, has made opening the springs to swimming a priority over the past few years. He said the project now has the support of DEP Secretary Noah Valentine. He also said it is overdue.

“There’s really no reason not to have swimming there, because we have swimming in almost all the other springs around the state,” Stone said. In fact, of the 22 springs that are part of Florida State Parks system, 20 of them offer swimming.

“It can add a lot to our community,” Stone added. “It can be a financial driver.”