In the woods west of Ocala, a dream of helping the poor comes to fruition 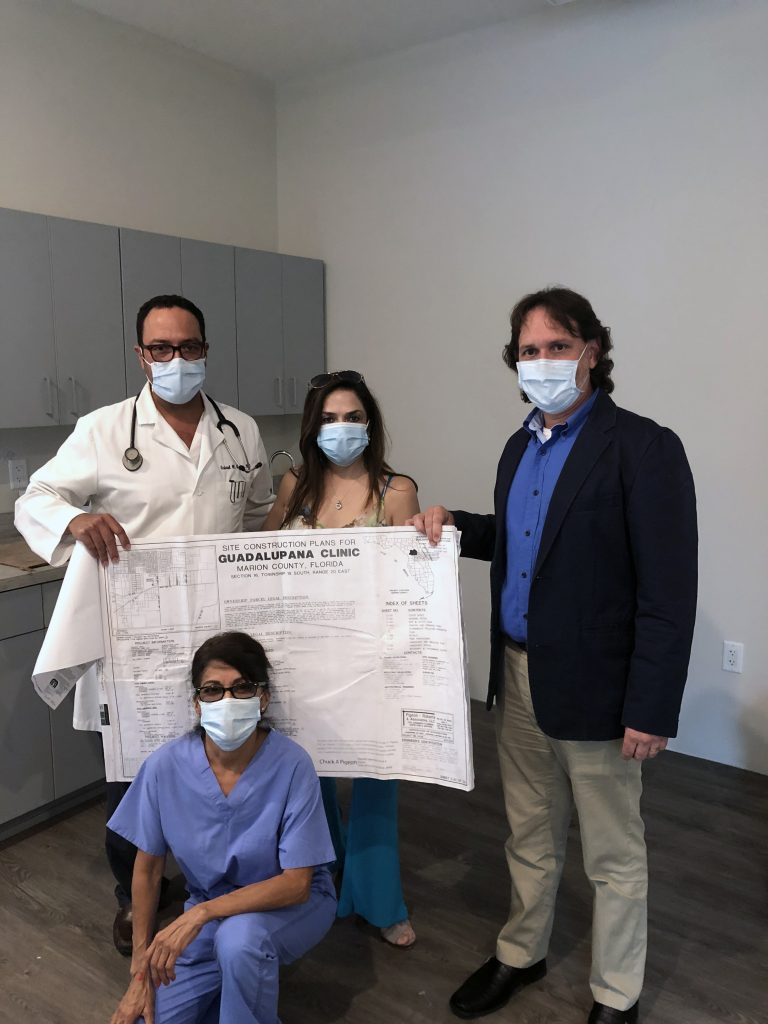 A bit west of Ocala, not too deep into where State Road 40 opens up into horse farm country, a big dream is being realized in a small building.

This generic office site, nestled among some spindly oak trees beside a freshly paved parking lot, is the new medical clinic for the Catholic mission known as Our Lady of Guadalupe, or La Guadalupana.

To an outsider, it doesn’t seem like a big deal.

Yes, the flooring, paint and fixtures are brand new. But other than a reclining chair, the place is mostly empty, and some missing electrical outlet covers indicate more work must be done.

But Dr. Gabriel Umana surveys his surroundings around and sees the fulfillment of a quest.

“I’m out of words to tell you how excited I am,” he said, contemplating the inside of the building now planted among those skinny oaks.

“This is so exciting. You have no idea. We finally have a place to practice.”

Sixteen years ago, Dr. Umana and a small cadre of volunteer healthcare professionals established a medical clinic on the property, the main feature of which was the small church. A few years later, a four-bedroom convent for nuns, a daycare center serving 48 kids and a modest food pantry arrived.

The point of the campus was to serve migrant farmworkers, most, if not all, of them undocumented laborers from Mexico and Central America.

Before the clinic, Umana said, the workers suffered in literal silence.

They kept hidden the hypertension, diabetes, sprains, cuts, depression, anxiety and other maladies they suffered for fear that visiting a local emergency room or medical office would bring prying questions about their citizenship status — and possible deportation, if disclosed.

In 2004 the Rev. Alfonso Cely, then an associate pastor at Blessed Trinity Catholic Church in Ocala, which oversees La Guadalupana, proposed the idea of an on-site clinic.

In its first year, the clinic reported just 32 patient visits, according to Florida Department of Health reports. But the following year, that increased fivefold.

Over the ensuing years, between 2007 and 2019, the clinic’s volunteer doctors and nurses, who open the facility for a few hours just one night a month, welcomed 254 patients a year on average, state data show.

Before the new building went up, the clinic was a small, open chapel in the back of the church. Thus, patients were seen in front of other patients — hardly the ideal doctor’s visit most of us recognize. 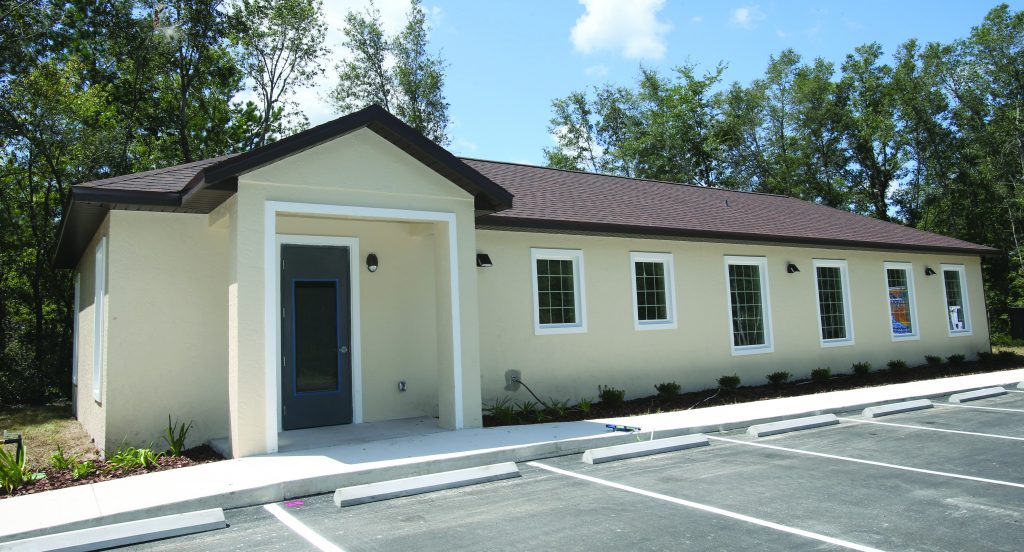 The new La Guadalupana Clinic that is nearing completion is shown on West Highway 40 west of Ocala, Fla.

In January 2019, after years of negotiations between the church, landowners and the Diocese of Orlando, the church bought five adjacent acres for $159,000.

In a letter to his parishioners at the time, Sheedy explained that the church had already banked $167,000 of the projected $430,000 needed to build an 1,800-square-foot clinic. Under diocesan regulations, construction could not begin until the money was in place.

“The medical/dental clinic will allow the uninsured and underinsured proper healthcare, will reduce trips to the emergency centers, will prevent serious health problems through advanced care, and will greatly improve the overall health of our farm laborers,” Sheedy wrote in his missive.

“We have written to over 200 horse farms asking for their financial help. Most of the clients who will use this medical and dental clinic work at their farms,” Sheedy added. “Pray for its success.”

Now, on that land, sits the clinic, awaiting the finishing touches before opening by the end of August.

In addition to three exam rooms, and possibly a fourth, it includes space for three dental chairs. There is also office space, a room for records or storage and maybe a lab.

“To me, this is beautiful,” said Dr. Umana, who praised Sheedy for his persistence in building on Cely’s foundation. “We’ve been waiting for four years. Now we can practice the way we should be.”

He was especially excited by the pending arrival of dentists. “The dental service is new, and that’s big,” Umana said. “We all need to be able to smile, and to be able to eat.”

But, just as importantly, having an actual clinic will permit Umana and his other volunteers to recruit other doctors, who may have been wary of utilizing the chapel.

And more doctors means being able to keep the clinic open more often and offer more services, he said.

“We’ll be able to have an actual medical clinic,” said Dr. Jaime Rubio, who was recruited to volunteer at La Guadalupana five years ago.

The purpose of the clinic is to treat the basics. Supplies are donated. The patients pay what they can. On average each year, according to state reports, they “contribute” about $26,000 a year toward its operation. Dr. Umana noted the care is not free, and what patients pay goes back into the clinic.

The clinic receives help from other providers and pharmacies. But the need exceeds that supply, the clinic’s providers said.

“We have so much work to do,” Umana said. The first priority is recruiting specialists to volunteer, preferably those who are Hispanic and bilingual.

The clinic would get a boost, Umana and Rubio said, if they could enlist podiatrists, orthopedists, gynecologists, cardiologists, neurologists, psychiatrists, dermatologists and surgeons.

But being attached to the church helps the volunteers remember what motivates them.

Sonia Torres, a registered nurse who does home health care and a founding member of the La Guadalupana clinic, noted, “I don’t serve the community. I serve God. I think that’s our mission.”