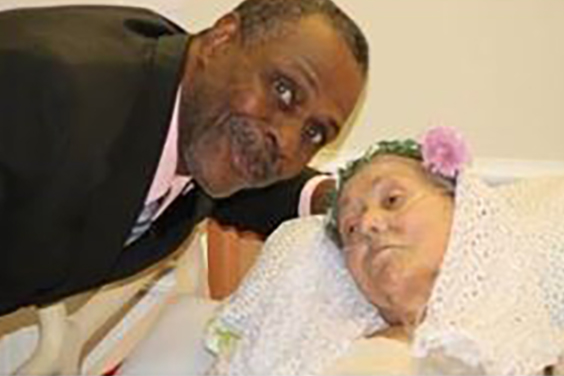 Hospice of Marion County (HMC) is known for its exceptional compassionate care and upholding the highest quality of healthcare standards, said a May 25 press release.

“I have never been more proud to lead such a passionate team of professionals here at Hospice of Marion County,” said CEO Rick Bourne. “But the staff is also known for making final wishes come true, if it’s within our ability to make it happen.”

Below are two recent examples of HMC making final wishes come true that were included in the release: 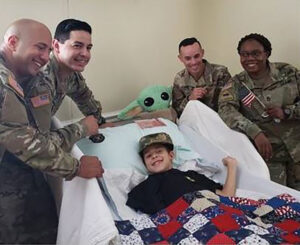 Dominik, 9, a patient at HMC in the E.W. and Lucille Cates House, has a rare genetic disorder that typically claims its victims by the age of 10. He wanted to be in the Army since he was old enough to recognize what they do.

This example came to fruition recently as Desiree Kelley, a medical social worker, who worked with HMC’s director of volunteers support, Beverly Lafferty, contacted some Army recruiter friends. There was a celebration in Dominik’s room with soldiers presenting him with a cap, shirt, patches, dog tags, toys and multiple pins.

“He smiled so big when he saw them,” said Kelley. “It was really amazing for everyone in attendance to see and be a part of this touching event.”

Susan and her partner Bryce have been together for 14 years and had discussed getting married before she passed away. She told Kelley and HMC Medical Social Worker Hannah Stuckey that she wished she had done the deed years ago.

“The wedding may not have been official with the State of Florida,” said Kelley, “but it was more than enough for our patient and her partner, and that’s all that matters.”