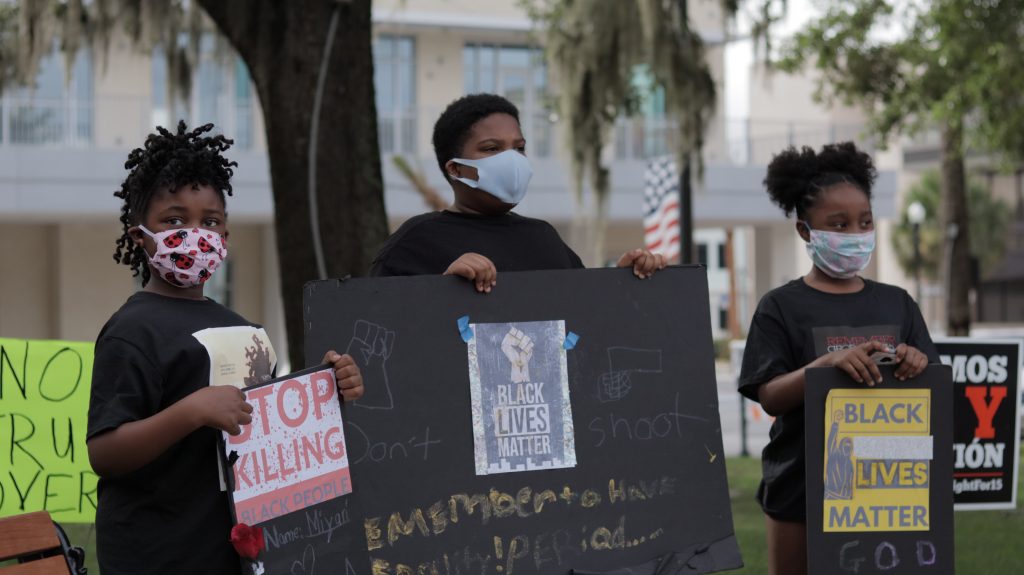 A perplexing question that I have heard asked on numerous occasions when people of different ethnicities are discussing the Black Lives Matter Movement. It is usually a person of the Caucasian ethnicity asking the question.

To someone of African American descent the question is perplexing because, to most of us, it is clear all lives matter and have value. The reason the Black Lives Matter Movement has life and relevancy is because of the attitudes and actions of the white race — there is a question as to whether black lives matter and have as much value as white lives. White Americans have never had to question whether their lives matter or have value, so it may sound odd to them hear a people utter and affirm their lives matter. Institutions from the courthouse to the graveyard have continually affirmed my white brothers’ and sisters’ value, or the thought that they subjectively are superior.

If one were to reflect on America’s history and its long and ongoing mistreatment of the American Negro, it should not be difficult to understand why black Americans must continually insist their lives matter and they are not inferior. From the time most of our ancestors arrived as forced participants in the nightmare of slavery — kidnapped, put in chains, stolen from their families and communities, placed on ships where their conquers slept in cabins and bunks while our ancestors wallowed in human excrement chained together in the belly of the beast — there was a question of did our lives matter and were we less valuable than white people..

Once on American soil, families were further traumatized, separated, sold as property and forced to work for free, in addition to being subjected to the most inhumane forms of slavery.

The yoke of racism was applied to black and brown and further strengthens the mythology of white supremacy. Racism is an ideology that gives expression to myths about other racial and ethnic groups, that devalues and renders inferior those groups, and that reflects and is perpetuated by deeply rooted historical, social, cultural and power inequalities in society. The concept of race was created as a classification of human beings with the purpose of giving power to white people and to legitimize the dominance of white people over non-white people

The lives of black and brown people were subjected to unjust laws created by white men that designated them as chattel and perceived and treated them as less than a white man. In fact, the delegates between the Northern and the Southern states at the United States Constitutional Convention (1787) agreed that three-fifths of the slave population would be counted for determining direct taxation and representation in the House of Representatives. These same institutions created laws and regulations even more diminishing and devaluing, such as the law stating a black man had no rights that a white man was bound to respect and many others that sought to perpetuate the ideology of white supremacy.

Sending non-whites to the back door of establishments, separate black and white water fountains, inadequate and unequal funding for schools were constant and continual reminders that one race was superior to another. Denial of access to equal funding for housing and community development, and for the longest time the denial of the right to fully participate in this America democracy by being able to cast a ballot were specifically implemented to ingrain the idea into the minds and hearts of both whites and blacks that they were not equal.

Then to watch black and brown people brutalized and murdered with apparent immunity by the very people whose sworn duty it to protect the community makes you again begin to question: Do I really matter? When one suffers the impact of so many injustices and marginalization in this society the question rises again and again. Do our lives matter?

The Black Lives Matter movement shouts with a loud and clear voice and states unequivocally, that in fact our lives do matter.

The movement echoes the thoughts expressed long ago, paraphrasing the words of the Apostle Paul: there is no longer white, black and brown, slave and free, male or female. For we are all one in Christ.

Miquell G. Mack is a native and lifelong Ocalan who is a lawyer and a part-time Methodist minister.