Historic black church property located in the Farmland Preservation Area brings “prayerful plan” to MCBOCC, with land use amendment for area on the agenda as well 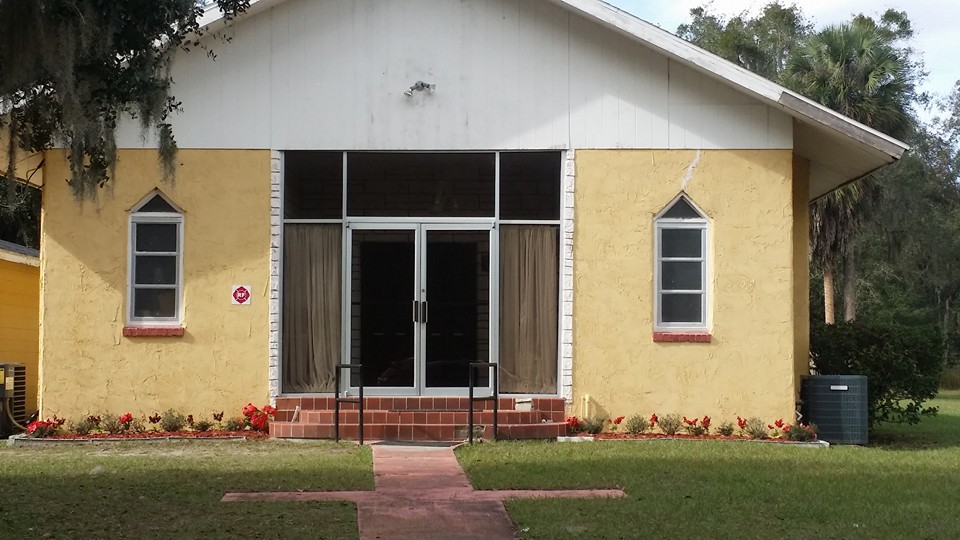 A photo of the old church structure that burnt down. [Facebook page of church]

Two seemingly competing items appear on the agenda of today, Jan. 18 regular meeting of the Marion County Board of County Commissioners (MCBOCC).  One item seeks approval for a permit related to the reconstruction of a historic church that was destroyed in a fire, while the other looks to strengthen preservation language by limiting future zoning and building permits within the Farmland Preservation Area (FPA), where the church is located.

Both requests were initiated by Mary Elizabeth Burgess, the director of Growth Services for Marion County.
Appearing first on the agenda is a request by Horse Farms Forever (HFF), a group dedicated to maintaining the character and culture of the county’s horse farms, to amend the text of Policy 3.3.1 of Marion County’s Land Development Code related to Elements of Rural Character in the Farmland Preservation Area.

Attached to the MCBOCC meeting agenda, which is made public in advance of the meeting, is a Nov. 29 letter to Burgess from G. Matthew Brockway, an attorney with the firm of Icard Merrill who is working with HFF.

In the letter, Brockway asks Burgess to “begin processing and place the revised text amendment on the agendas for the December 27, 2021 meeting of the Planning & Zoning Commission and the January 18, 2022 meeting of the Board of County Commissioners.”
Additional documents attached to the meeting agenda show both county staff and the Planning& Zoning Commission recommend approval of HFF’s request to add the restrictions.

The requested language could be at odds with future requests similar to the one made by Burgess on behalf of the Bethlehem Missionary Baptist Church, which is requesting a Special Use Permit (SUP) in order to rebuild their sanctuary that was lost in a fire in April of 2016.
According to posted documents, the original church, whose 21-acre property is located at 8750 W. Hwy 326, was burned in a fire and later demolished, and as a result, the congregation has been forced to hold open-air services since that time.

The documents also reveal the outdoor services led to an Oct. 2021 noise complaint, which is still being investigated by Marion County Code Enforcement.

Initially, the church was to be rebuilt on its existing site, where it was founded more than 140 years ago and has a predominantly African-American congregation, which is located on the southern portion of their property adjacent to a cemetery and zoned A-1 (General Agriculture).

According to the attached documents, “A Major Site Plan (AR# 21473) was approved in 2018 to redevelop the church in its prior location under historic recognition of the original church parcel,” which would mean the church would not need a SUP if it was to rebuild on the original site.

The documents go on to state “However, as the church proposes to change the church location to the new acquired property and increase the church size, a Special Use Permit is necessary.”

Rev. Jason Sims, the pastor of the church, says the application process has been smooth so far, and they hope tomorrow brings more good news in their quest to rebuild.

“Code Enforcement has been great with making sure we have the right contacts and get the right information,” he said.  “There was already one meeting last month, and everything went well. So, Lord’s will, this will be the last meeting we have to have tomorrow.  We’re just praying that they go ahead and approve it, and we can obtain the special use permit.”

Also attached to the request is a series of December emails from Marion County resident Mellisa Bucklen to Cindy Garr, a Planning & Zoning supervisor with Growth Services.  In her email, Bucklen who is opposed to the new sanctuary and fellowship hall describes her issues with the proposed rebuild.

In addition to detailing what she believes is unkempt property which is home to gopher tortoises (a threatened species according to the Florida Fish and Wildlife Conservation Commission), she also alleges criminal activity taking place on the grounds including arson and indecent exposure.

Further, Bucklen’s email questions the need for a large building based on what she believes is a small congregation, as well as the fiscal position of the church.

“Do they then really have the funds to build such a large facility or will they start this project, run out of money and decide to do this all in faizes (sic)?…to my knowledge it is not [a]large congregation. All we ever saw was a few cars pull in. No more than 10 cars on a good day. So how can 10 require such a large need for such a large building?”

As a result of her complaints, Bucklen believes “this church no longer fits the needs of its community.”

Sims said he hasn’t heard directly from any of the surrounding neighbors regarding any negative issues.  Instead, he mentioned the one neighbor he heard from directly remarked they liked hearing the services.

He says the church wants to be courteous to those in the surrounding areas.

Regarding the noise complaint stemming from the outdoor services, the posted document states,“Completion of the new church would address the open air services noise issue as services are expected to return to the indoor facility.”

Bethlehem Missionary Baptist Church would not be the first church building erected in the FPA.  In recommending the board approve the request with conditions, the document notes “The area is also part of the County’s Farmland Preservation Area where a variety of community facilities, including churches with accompanying fellowship halls, have been established after obtaining SUP review and approval.”

The conditional approval is contingent on the new building being less than 11,200 square feet and notes that no other structures can be built on the premises, excluding a storage shed and single-family residence which will serve as a parsonage.

Additional conditions include a 100’ “no-disturb” buffer of vegetation along the west boundary of the southern portion of the property and paved access to W. Hwy 326.

Sims says the anticipation for the new building is “definitely there”, and he is hopeful construction will begin on one of the buildings this year, assuming the SUP is approved. 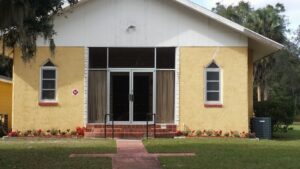 A photo of the old church structure that burnt down. [Facebook page of church]

“That’s the prayerful plan,” he said.

The MCBOCC is scheduled to meet today at 9 am at the McPherson Governmental Campus where they will discuss both items.