Edmond L. Fordham, for whom a new academy recently was named, had a long and distinguished career with area schools. 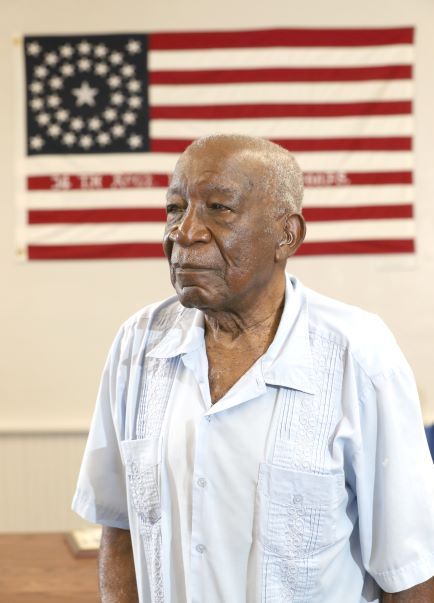 Just weeks after a new school was named for noted local educator and community leader Edmond Louis Fordham, he passed away peacefully in Ocala on July 19, at the age of 94.

The naming of Fordham Early Learning Academy is just one testament to the legacy of Fordham, whose long career with Marion County Public Schools included being a history teacher at Belleview-Santos School and serving as assistant principal at Osceola Junior High School and then principal at Dunnellon, Sparr and Dr. N.H. Jones elementary schools. After Fordham retired from the school system, he served as a site administrator with NOVA Southeastern University, working in the early education and exceptional student education programs.

Fordham, who grew up in the Fort McCoy area of northeast Marion County, served in the U.S. Army/Air Force. He later graduated from Paine College in Augusta, Georgia.

His daughter, Krista Fordham, of Ocala, said the past couple of years were difficult for her father, especially after his wife of 67 years, Tommie, whom he met while both were students at Paine College, passed away in 2020.

“They knew each other for 69 years and were married for 67,” she said.

Krista said her father’s love of history was ever present, such as when he would be watching a newscast and someone would cite something as fact that he knew to be incorrect and he would verbally correct them. She said she would lovingly “test” him by asking historical questions, to which he “always knew the answer.”

She said two important aspects of his enduring legacy are “knowing the time in history when he made his decision to go into education” and that “his passion was amazing.”

“He had a lot of reasons to give up—racism was very real as he was trying to advance his career,” she said. “But he earned his master’s and began pursuing his Ph.D.”

She said he started his classroom career in his 20s “and there he was teaching 13- and 14-year-olds in high school.”

“He had such an impact on people’s lives,” she said. “He stayed connected. He was a role model for young African American men and women. Even after he retired and then ran the NOVA campus here, he again had an impact on a segment of the population who otherwise couldn’t go to college and get a degree.”

Krista had one sister, Paula, who is deceased.
“My father raised my sister and I to believe in ourselves,” she shared.

“My father’s confidence and courage lifted me up and guided who I am, to overcome hardships and become who I choose to be,” she added.

As for what words of wisdom he might have for young people today, she said her father would tell them that in order to be their best, they would have to “do the work.”

“I think he would say that whether you want to be a professor or a plumber, do the work and you will reach your goal of success,” she offered.

Fordham Early Learning Academy, located at the site of the former Evergreen Elementary School, recently was named by a majority vote in a survey conducted through Marion County Public Schools. The academy is set to open Aug. 10 to 4- and 5-year-old students in voluntary pre-kindergarten and kindergarten, with a focus on developing literacy skills, social-emotional learning concepts and music enrichment.

“Our community lost a dedicated servant, mentor and community leader. Mr. Fordham was the change he wanted to see in our community. He never hesitated to help others achieve their goals and dreams,” said Monica Bryant, who is with the Marion County Children’s Alliance and is a community leader as well. “It’s awesome that among the many ways he will be remembered, having the former Evergreen Elementary School named the Fordham Early Learning Academy is a fitting tribute for a man who invested so much in this community. He definitely deserves that honor.”

In addition to his daughter, Mr. Fordham is survived by his grandchildren Jamila, Kristina and Edmond II.