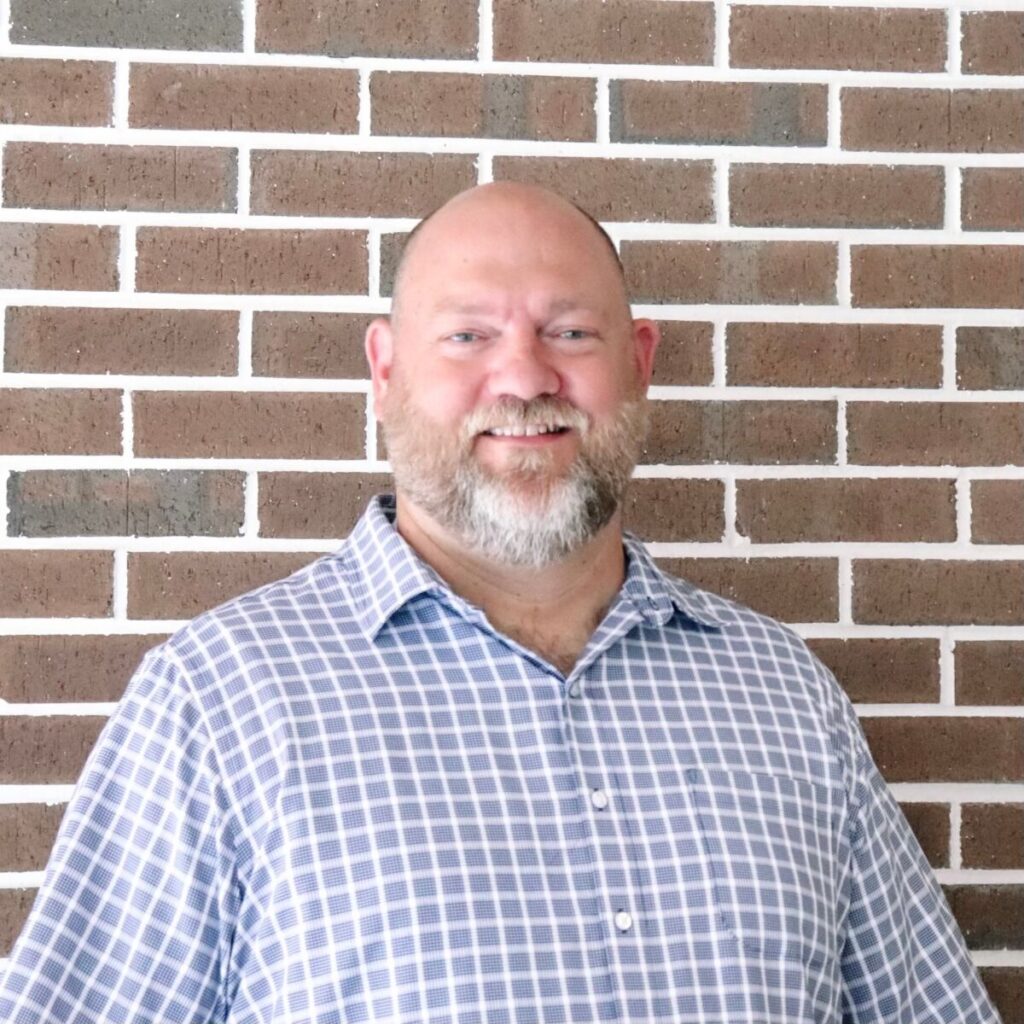 When Dr. Alan Cotney and his family drove into Ocala from Zebulon, North Carolina to move here, his two little girls were disappointed they were not moving into Cinderella’s castle. That is what they thought Florida was all about when their parents told them they were relocating.

Cotney was born in Anniston, Alabama, and grew up in Ashland, Alabama. He and his wife, Beth, were high school sweethearts. Alan played center on the high school football team and assumed he would go on to play the tight end position on a college team. During his senior year in high school, he “messed up” his knee, which ended his football aspirations.

After high school, he attended the University of Alabama at Huntsville and then earned a Bachelor of Science degree in Business Administration from Samford University in Birmingham. Beth attended Samford as well. They married on March 23, 2002, while both were students there.

“I knew God was calling me to ministry when I was 15, but I was not interested in that life, so I ran from my calling for about three-and-a-half years,” Cotney said. “I finally realized that I was miserable living my life my way and, in January 1998, surrendered to God for ministry. God used ministry opportunities and mentors to affirm His calling in my life to preach.”

During his college years at Samford, Alan pastored a church in Sylacauga, Alabama. After graduation, the couple moved to Wake Forest, Alabama, so he could attend Southeastern Baptist Theological Seminary, from which he earned a Master of Divinity degree and Doctor of Ministry degree. While there, he began pastoring the Rocky Creek Baptist Church in Zebulon. It was common for the small, rural church, to have a new pastor every year or two while the pastors were seminary students.

During his pastorate at Rocky Creek, the church saw significant growth and, after four years of his ministry, the Cotne Cotneys had an opportunity to stay and help the church go forward or move to another church. The family chose to stay and remained there for seven years. They loved the church and its members had become like family to them.

College Road Baptist Church (CRBC) in Ocala had begun advertising at various seminaries for a pastor to replace the retiring Rev. John Downing, who had pastored there for 30 years. A professor friend told Cotney he should apply for the position. He quickly said no, he was not interested, and wanted to stay at Rocky Creek. The whole family had become grounded there and did not want to move.

Unbeknownst to Cotney, his professor friend, who was in the ministry referral office at the college, sent Cotney’s resume to the CRBC search committee, because “he thought it would be a good fit.” The committee called Cotney and asked him to come to Ocala for an interview for the lead pastor position. He had phone and video conferences with the committee and told them no—four times.

The CRBC search committee persisted and asked him to just come to visit the church and the Ocala community, and have a conversation with them. Finally, they convinced him to visit for a couple of days with his family. They visited the church, met the committee members and others, toured the city and some neighborhoods, and learned about the amenities here.

On the return trip to North Carolina, the family drove in silence for about 30 minutes before Beth finally quietly said, “It’s going to be hard to tell them we’re leaving,” speaking of the Rocky Creek congregation.

“It was one of the more difficult things we’ve done,” Cotney said, “Ocala felt more like home than we expected. In Zebulon, there were lots of farms—tobacco, soybeans, cotton—a bit more rural.”

The family moved to Ocala in June 2013, and Cotney became the lead pastor at CRBC.

The family likes the proximity to the beaches and “about everything you need is close by,” Cotney said. “We are impressed with what a ‘melting pot’ Ocala is for people from all over the country and world. The growth here is phenomenal and new people are coming to every service. We can reach people with the Gospel in our own back yard. The ‘Great Commission’ is at our doorstep. The demographics here is a big deal. Growth brings logistical issues, but we are excited about the growth here.”

CRBC offers services in both English and Spanish. Beth is a virtual executive assistant for Wayne Stiles, who has a Doctor of Ministry degree and whose “Walking the Bible Lands” is a ministry for virtual tours of the Holy Land as well as podcasts and Bible studies.

The Cotney family lives in southwest Ocala, near Liberty Middle School and Freedom Library. They are big sports fans and both sons play football. “Wil” is going to be a junior in high school this year and is currently checking out various colleges where he may be able to play football.

Although the family roots more for individual players than teams, they are Tampa Bay football fans and enjoy watching the Tampa Bay Lightnings hockey team. They are Atlanta Braves baseball fans.

“I’m not fond of the summer heat,” Cotney candidly admitted of life in Ocala, then added, “but here you get several days’ warning of hurricanes, whereas in Zebulon tornadoes can pop up at any time, without any notice.”

Asked about the affect the pandemic has had on CRBC, the pastor sees a positive outcome.

“The biggest long-term affect that COVID has had would have to be more emphasis and focus on our online presence. We were forced into that world when the church was unable to meet and it has opened a completely new mission field that we would have never been able to reach without having an online service. Our in-person attendance is probably around 80% to 85% of where it was before the pandemic, but if you include our online attendance, we are at about 100% to 115% of our pre-pandemic numbers,” he explained.

CRBC has “adopted” the Baptist Church in the Rainbow Lakes area of Dunnellon as part of its campus. Services have not been held there since January, but the church has been remodeled and will reopen to the community on Aug. 14. It also will feature services in Spanish. The new pastor in Dunnellon is Rik Cramer. He and his wife, Bethany, have three children.