No arrests made in incident that led to school lockdown. 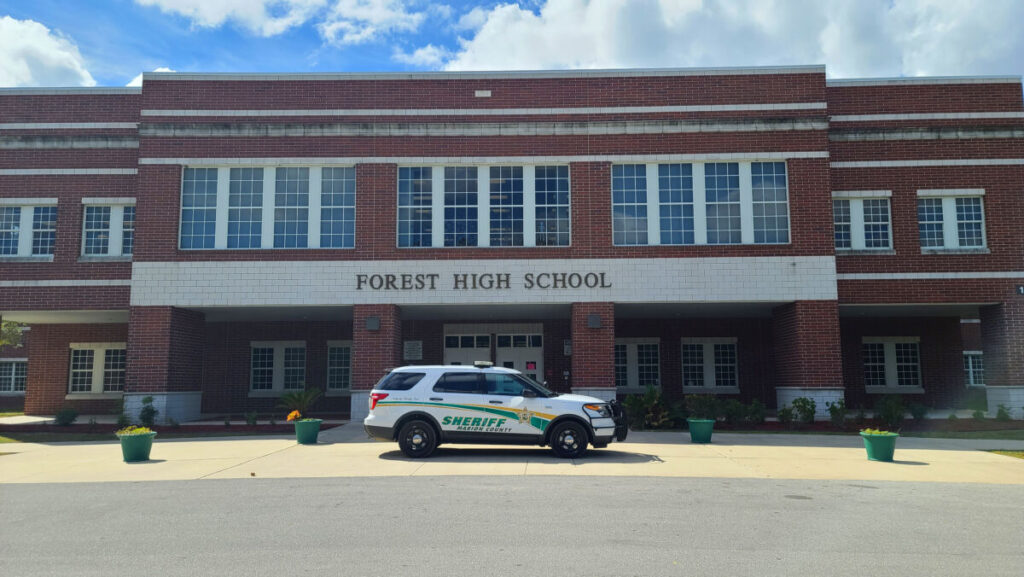 An Ocala resident filed a report with the Marion County Sheriff’s Office stating that a firearm had been stolen from her unlocked vehicle on Oct 9. Eleven days later the handgun was found–inside Forest High School.

According to the school resource officer’s incident report, Forest High School went under a Code Red lockdown the morning of Oct. 21 following a student’s discovery of the gun inside a bathroom stall.

After School Resource Officer Jose Diaz placed the school on lockdown, he confirmed that there was no immediate threat and was able to retrieve the gun from the stall.

“I took possession of the handgun, cleared it and ran the serial number through Local Government Review,” said Diaz in a police report. “I was advised that the handgun was reported stolen.”

No students or faculty were injured, and the sheriff’s office has not made any arrests related to the incident or the initial theft, according to the Sheriff’s Director of Public Information, Paul Bloom.

Marion County Public Schools Superintendent Diane Gullett happened to be on the FHS campus when the gun was found. In a press release Oct. 21, she assured community members that the school district staff and responding security agencies followed all safety procedures regarding the incident.

“Thank you to the parents, for your patience as we work through unfortunate situations like this,” Gullett said. “Safety is our top priority.”

The sheriff’s office declined the Gazette’s request to interview Diaz about the incident, stating that this remains an ongoing investigation.

The sheriff’s office redacted the name of the white female who reported her gun and purse were stolen from her car the evening of Oct. 9.

“The victim requested Marcy’s Law protection and their info is redacted because of that,” said Bloom.

The sheriff issued a statement on the agency’s Facebook page about the importance of gun safety following the high school incident. “This is a poignant reminder of (the responsibility) of gun ownership. Please take your firearms inside and always lock your car doors.”