The ‘Never Give Up On Country Concert’ in Ocala will benefit the Travis Mills Foundation, which helps veterans and their families. 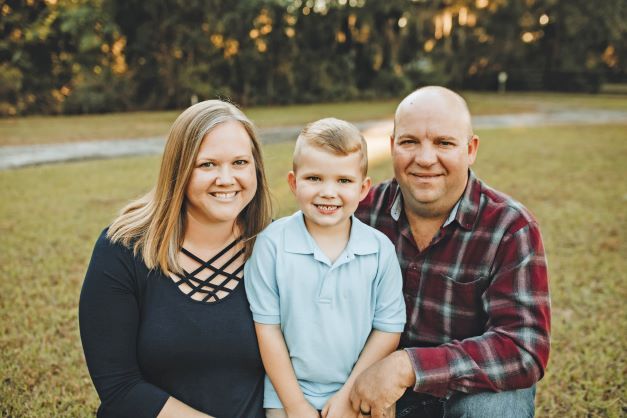 Travis Mills, a military veteran who suffered serious injuries from a roadside bomb explosion in Afghanistan, “recalibrated” his life and started the Travis Mills Foundation (TMF) to help others like him, such as Matt Brady of Ocala.

Former Army SSgt. Mills lost portions of all four limbs in a roadside bomb explosion. After healing, he saw himself not as a wounded warrior but as a “recalibrated” one, meaning he had been wounded but now was living his new normal. He founded TMF in 2017. The nonprofit is headquartered in Maine and offers programs for veterans who are permanently disabled—and their families—to rest and heal through adaptive sports and in community with other injured veterans. 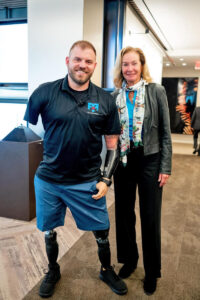 Ocalan Linda Bammann is a board member of the foundation. She wanted to introduce the organization to others in the region and in 2021 helped bring a TMF sponsored “Never Give Up On Country” concert to the World Equestrian Center (WEC).

“When the World Equestrian Center opened up, I just thought it was a perfect opportunity to bring the Travis Mills foundation to Ocala,” Bammann said.

On Dec. 9, TMF is hosting its second “Never Give Up On Country” concert, again at WEC. It will feature Jimmie Allen, with special guests Colt Ford and Kidd G. A block party with Chris McNeil will begin at 4:30pm, with contests, a parachute show, food trucks and more. The concert will start at 7pm.

Proceeds from the event will benefit the foundation, which accommodates eight families each week and includes such activities as adaptive kayak, golf, fly fishing, a rope course and wheelchair basketball. Family members can join in for boat rides on the lake, visits to zoos or aquariums or just relaxing. TMF seeks to give veterans a stress-free place to rest alongside other veterans with similar stories. The weeklong retreat is all-expenses paid and all-inclusive.

“He wanted to establish a place where veterans could go, live off the sidelines and enjoy that moment with their families,” said TMF Communications and Marketing Manager Molly Lovell-Keely. “They come here, they do the things they used to do, or they do things they’ve never done before. It really boosts their morale. It allows their family to rally and enjoy these moments… they don’t feel so alone.”

Brady decided to enlist in the U.S. Army in 2003, after he graduated from Vanguard High School. It was in Baqubah, Iraq, in 2005, when he was deployed with the U.S. Army 3rd Infantry Division, that 300 pounds of explosives in what he called a “suicide vehicle born improvised explosive device” hit his vehicle. As the machine gunner, he bore the brunt of the shrapnel, which pounded into his torso. He sustained a brain injury, a fractured jaw, burst eardrums and countless burns and cuts. He remembers crawling out of the Humvee, people running up to him and waking up later in a hospital. He finished his deployment but abandoned his goal of being a career soldier.

In 2006, at the age of 21, Brady returned home to Ocala. In 2018, he attended a TMF retreat and said that when he was surrounded by veterans who had been in his shoes, his healing from post-traumatic stress disorder (PTSD) truly began.

“We had a fly-tying class and I watched the guy with no arm—and he had a big hook—tie a fly better than I could,” Brady said. “Holy smokes, you know, there’s guys with one arm, or no arms, shooting a bow and arrow.”

“I’ve got this network of veterans now,” he added. “And I’ve got people all over the country… just the bonds that you build with these other veterans that you’ve never met a day in your life is cool.”

To learn more about the Travis Mills Foundation, go to travismillsfoundation.org

For tickets to the concert, go to eventbrite.com/e/never-give-up-on-country-travis-mills-foundation-benefit-concert-tickets-377525949277